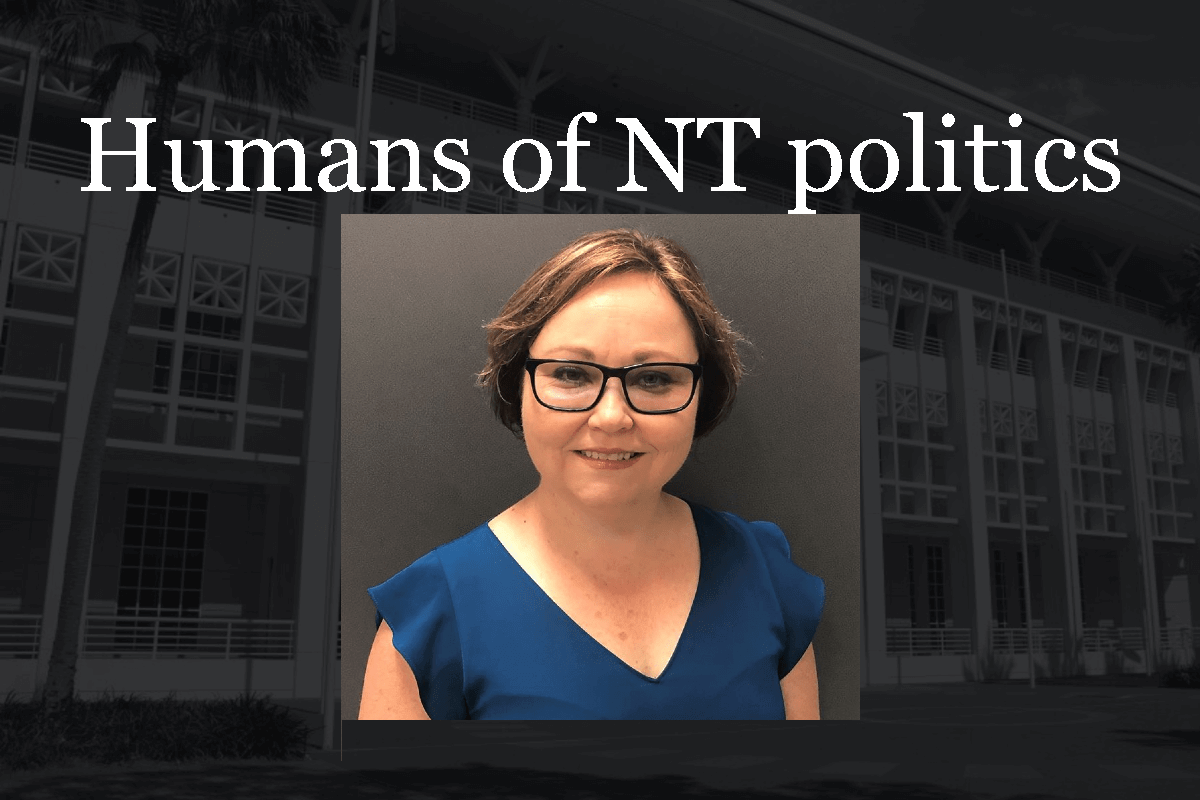 Danielle has been in the Territory for 16 years, living in the Drysdale electorate for 15 of those. She did most of her primary years schooling in New South Wales and the remainder ,as well as high school, in Queensland.

After living and working in London for two years she returned to Brisbane and came to Darwin for a six month working holiday. She fell in love with the place and then fell in love with an army man who is now her husband. Her hubby left the army after returning from Afghanistan and went on to study psychology at CDU while looking after their newborn during the day and working at night with customs. They now have two kids aged six and eight.

“You can do anything you put your mind to, you just need to believe in yourself like I believe in you.” This was from my dear friend Kylie.

I am the NT coordinator of Walking Off The War Within, an annual suicide prevention and awareness walk held at East Point. Walking Off The War Within is held in memory of Nathan Shanahan, a returned solider and firefighter, and other fallen service men and women who have taken their own lives after battling mental health issues. The Walk is for emergency service personnel, Defence Force personnel and the community to come together to share the burden and march as one.

Movie: The Power of One directed by John G. Avildsen.

Book: I Know This Much is True by Wally Lamb.

Emmeline Pankhurst. She was a powerful woman who continued to fight for women’s rights to be part of the parliamentary vote even though she was imprisoned 13 times. She never gave up for what she believed in and led with her motto of “deeds, not words”. I continue to live by this and always encourage actions over statements.

Both. The Dockers and the Dragons.

Both. I like the beautiful dry weather and amazing storms.

Whichever is closest to home.