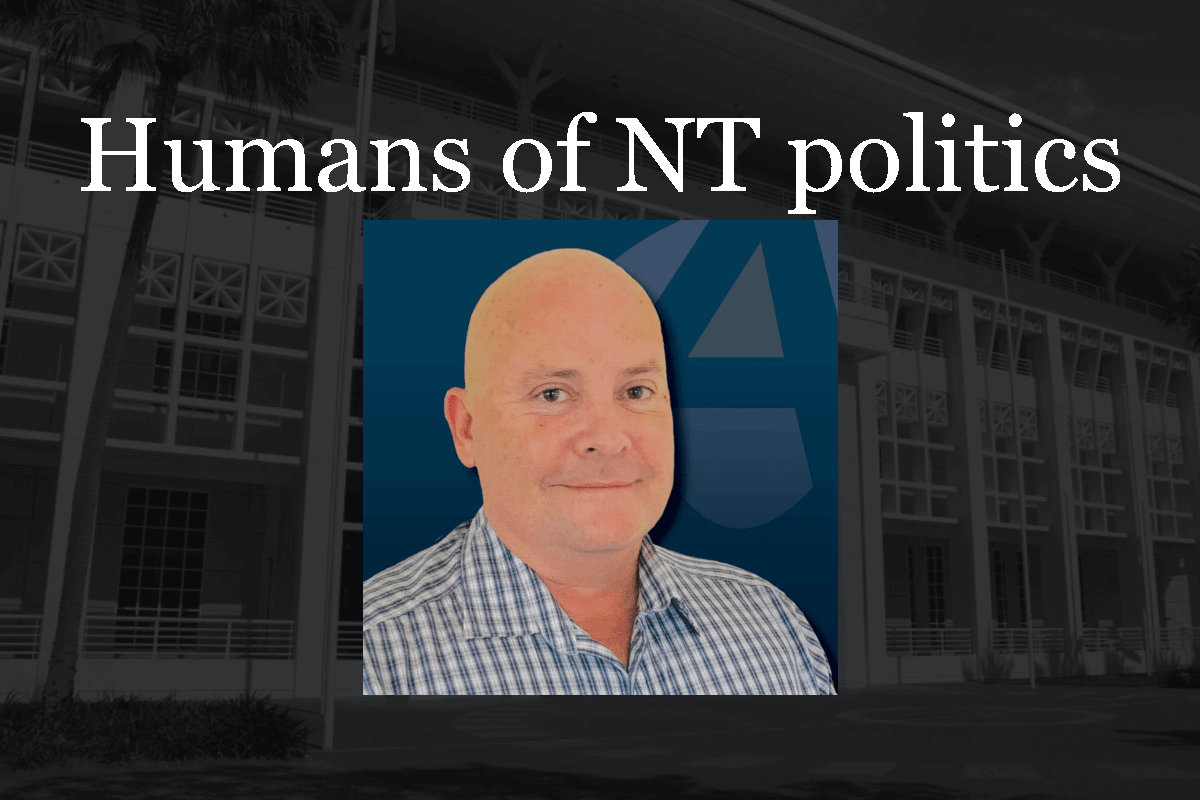 Andy is a finance broker and runs his own business subcontracting to Easy Loans at Coolalinga and Fannie Bay. He has been in the industry for over 10 years and currently manages a portfolio of close to $200 million worth of lending.

In the local community, Andy serves as an active volunteer firefighter with the Virginia Bees Creek fire brigade and as a qualified Justice of the Peace. He has been performing these roles for more than 10 years throughout the Goyder electorate.

Andy has studied management with Deakin University and holds a diploma in Financial Services. He has been living in the Northern Territory for 32 years and in Virginia since 2013. He has four children: Reece, a head chef in Melbourne; Rhiannon, a digital marketing specialist in Brisbane; and two younger girls living at home with partner Rakshya and their two Great Danes.

Best piece of business advice I was ever given was a conversation I had with a major business operator in Australia and overseas: “Andrew, good times, like bad times never last, so stay the course of business and work hard and you will achieve.”

I’ve been in the Territory for 32 years including a four-year stint in the Alice (watched the Todd flow three times). Did 25 years as a retailer and business owner and transitioned into finance for people and business about 11 years ago. Have been in the top 200 finance brokers in Australia for the Professional Lenders Network for the last 10 years and was inducted into the PLAN Hall of Fame last year for my broking business. I’m a community minded person and always have been, serving as volunteer fire fighter for the last 13 years as well as deploying to the NSW fires in January. I’m a registered Justice of the Peace and have been serving the local community in this role now for 14 years. My next goal is to better serve the Nelson electorate in any way I can.

“Andy would give you the shirt off his own back even if it was his only one”. Loyal to the last and a great friend who will do anything for anyone. At golf he’s a NAGA.

Top Gun directed by Tony Scott would be my pick of movies. Hotel California by the Eagles would be the album. My fav book I would take is Peter FitzSimons’ Batavia .

It would be Nikola Tesla as his visions and ideas were way beyond the times he lived in. Imagine if every household in the world was able to have free power as he was promoting via his AC generation model.