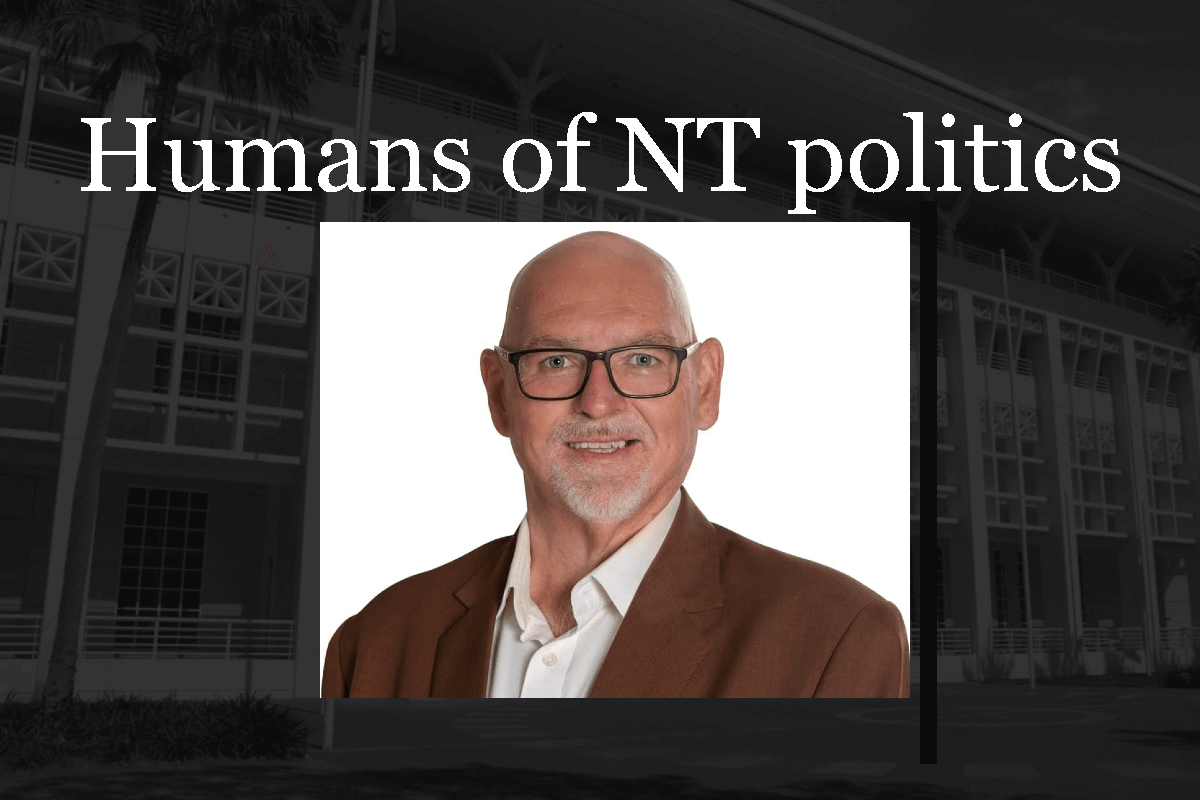 Peter went to Moulamein Public School, Warialda High School and Inverell Technical College but has lived in the Northern Territory since 1985.

As a police dog handler for the RAAF, Peter was posted to Darwin from Toowoomba in that year. He had served in most states and in Butterworth, Malaysia. Peter played rugby league for Brothers and the Northern Suburbs Sharks and rugby union for the RAAF.

He met a local beauty and they got married in 1988. They built their first home in Palmerston in 1992 and their first son was born soon after. Today they have four children, the oldest 26 years old, and the youngest 11. Peter has owned and operated his own businesses, and he still has a consultancy business today. In the last 35 years he has worked for Palmerston and Darwin councils, the Australian Bureau of Statistics and the Defence Housing Authority.

In 2008 Peter was elected to the seat of Brennan in the Northern Territory Legislative Assembly and he served on a number of parliamentary committees, and held the roles of spokesman for environment and heritage, education and Parks and Wildlife. In 2012 he was elected for a second term, this time taking government where he was given the honour of holding a number of ministerial portfolios, including Deputy Chief Minister, Police Fire and Emergency Services, Business, Trade, Education, Housing, Lands, Planning and Environment, Essential Services, Transport and Infrastructure. Not at the same time!

Since leaving politics in 2016, Peter established a small consultancy business before being asked to help Foodbank NT through a difficult period. He said Foodbank NT is in a far more robust position today than what it was three years ago, and the work has been challenging but rewarding, as the work they do helps people every single day.

Peter had always had a mantra, support our community and always leave a place better than you found it.

My Dad once said, “It can take a life time to make a name and a moment to lose it.” He also said, “Pete, I’m only going to teach you two things in life, what’s right and wrong, what’s good and bad, and the rest is up to you”. And “Always take responsibility for your actions”.

I should also tell you when I was younger and I wanted to learn to drive, my dad and grandfather drove me to the local cemetery, and I had to learn to drive in and around the graves. Grandad said, “Muck this up, and this is where you will end up!”

Being completely honest, I don’t think you could print the words he would use! Hee hee.

Book: Any Matthew Reilly book or a good biography.

Nikola Tesla. He was such a fascinating genius and perhaps he might have some great energy ideas to help the Northern Territory.