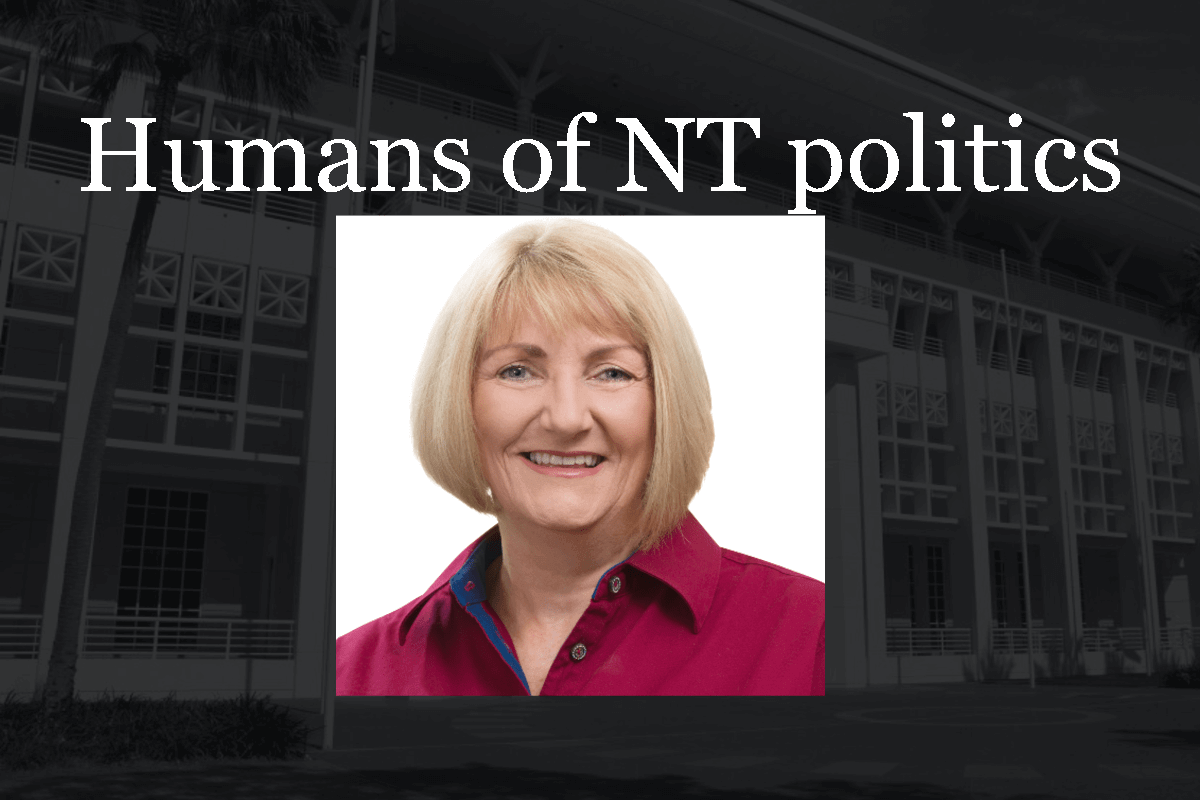 Beverley has been a passionate volunteer in the rural area over the past 16 years, with a proven track record of delivering outcomes because of her ability to work with all governments and the public service.

Beverley was born and raised in Port Broughton, South Australia and drove to Darwin in 1984, on her way to Queensland.  She has never left.

She worked as a court reporter, then at the Nabarlek uranium mine near Oenpelli (aka Gunbalanya), flying in and out of Darwin.  When the mine commenced rehabilitation, Beverley was employed as a ministerial staffer and later moved to the Conservation Commission of the Northern Territory when she moved to the rural area in 1989.

Beverly was the founding coordinator of the Wild Care program in the Northern Territory.  Her work with the Conservation Commission provided the opportunity to travel to all of the Territory’s national parks, furthering her love of the Territory and the wonderful opportunities available.

Along with her husband, Peter, she raised four children in the rural area, which has been the catalyst for her extensive volunteer involvement in public education over the past 16 years.

Beverley has held positions on the Bees Creek School Council, the executive of the NT Council of Government Schools Organisation, and as chairman of Taminmin College Board and the predecessor council for the past nine years.  Her core values and beliefs of fairness, transparency and accountability are demonstrated in her commitment to community consultation and local decision making.

In 2010 Beverley received a Tribute to Northern Territory Women Award from the Northern Territory Government, for her contribution as a volunteer and dedicated, active and innovative fundraiser and school community member.  From 2011, Beverley has been included in the ‘Who’s Who of Australian Women’ for her contribution to Australian life at a community level.

“Everything will be okay in the end: if it’s not okay, it’s not the end.” I think John Lennon is credited with this, but I was once given a sign of it from a friend when I was going through a tough time and it has served me well since. I now find myself saying it regularly to others as it is such a great perspective.

Tell us something interesting or quirky about yourself?

I was the first school board chair to receive a disconnection notice from Power and Water for a public school – in May 2013.  This was as a result of the CLP Mills Government increasing power prices by 40 per cent and water by 30 per cent and not funding them to schools.  My board stood firm on the principles of fairness and equity for our rural kids, because teachers and courses would have had to have been slashed.  Standing up for what was right resulted in the government having to do the right thing and fund the exorbitant increases.

Fierce advocate for a fair go for all individuals, groups, small businesses and schools, no matter whose mate you are.

Edith Cowan.  As the first woman to be elected to an Australian parliament in 1921 and her work to improve life for women, children and the under-privileged in the late 1800s and early 1900s, I’m sure there would be lots to learn from her about strategy and persistence!

A couple of really quick questions.  You can give one-word answers if you wish.

Coffee in the morning, peppermint tea in the afternoon.

Each makes you thankful for the other.

Either and our small local shops.