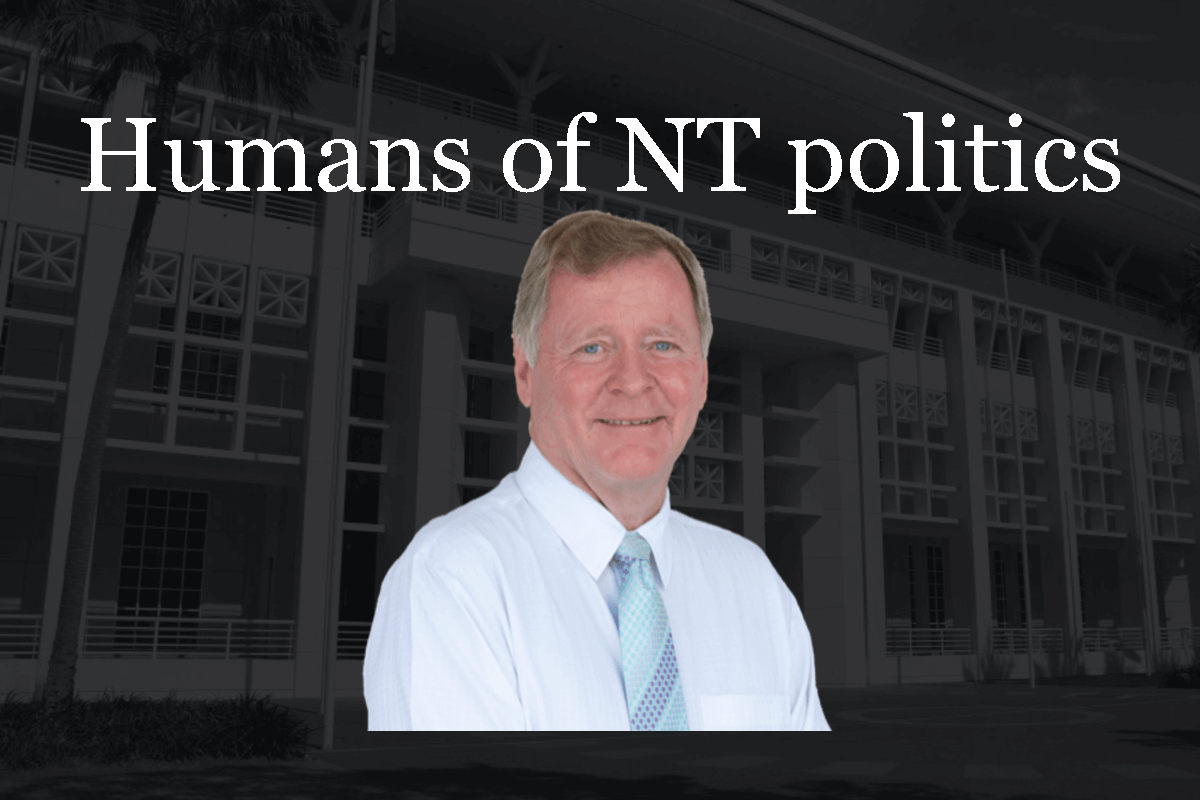 Brian is a passionate Territorian who has lived in Darwin for 27 years. He and his wife Marylou are coming up to their 30th wedding anniversary on December 1 and he is not too sure which one this is supposed to be but jokingly they both call it the rust anniversary.
He said they are blessed to have raised two fantastic children in Darwin. Their 24-year-old son Fergus was born in Darwin and has just become a fully qualified paramedic with Ambulance Victoria and, when not working, is currently locked down at home in the COVID-19 hotspot of North Melbourne.

Their 23-year-old daughter Nadia, adopted from Fiji when she was 7-months old, is proudly balancing life between caring for their delightful 20-month-old grandson Arlo, completing her criminology, law and justice degree and undertaking part time work (and you thought campaigning was hard).

Brian was raised in the Dandenong Ranges of Melbourne and has a Bachelor of Science degree from Monash University. His extensive and diverse work career includes air traffic control (essentially playing Space Invaders but not allowed to lose), economic and industry development and Asian engagement roles with various federal and Territory governments, and most recently five years as the deputy chief executive officer of the Chamber of Commerce NT.

In this latter role Brian proved himself a public champion for small to medium businesses who he openly acknowledges as being the heart and soul of the Territory economy. He is a strong advocate for local procurement and is on record as describing payroll tax as insipid and an oxymoron. Why on earth do governments tax jobs when we should be actively be seeking to grow them, he asks.

He is a strong supporter of the development of a sustainable onshore gas industry for the Northern Territory and the longer term manufacturing opportunities it offers.  Brian is also a champion of our international education sector.  The best opportunities in this regard lay with VET training delivered in the Territory by our local accredited private sector training providers who employ many locals and attract full fee paying international students to come and live, work and study in the NT.

Having thrown his hat into the political ring, Brian refuses to undertake media training as he believes this is just another way of teaching people how to avoid difficult questions rather than answering them honestly.

What is the best piece of advice you’ve ever received?

My mother always said tolerance is the greatest virtue. Also feel free to stand up for what you believe but accept that others can have an equally valid different belief. And take time to understand others and recognise that we are all part of the same human race.

I am an avid fan of cooking shows on TV and like to dabble in cooking different meals for my family. My favourite show was Iron Chef (the original Japanese version on SBS). In some ways it also reminded me of the EuroVision song contest, another quirky show that has now become over popularised.

Honest, loyal and trustworthy with a warped sense of humour and one major flaw, he’ a Collingwood supporter.

Movie: Monty Python’s Life of Brian directed by Terry Jones. I was actually born on Christmas Day and was just a naughty boy.

Album: Neil Diamond’s Hot August Night. I guess the 22nd of August will a hot one this year.

Hitler’s father to convince him to have a vasectomy.

A couple of really quick questions. You can give one word answers if you wish.

Tea in the morning, coffee in the afternoon.

Starts off folding but ends up scrunching in order to pack on time.

Woolies, they have wider aisles