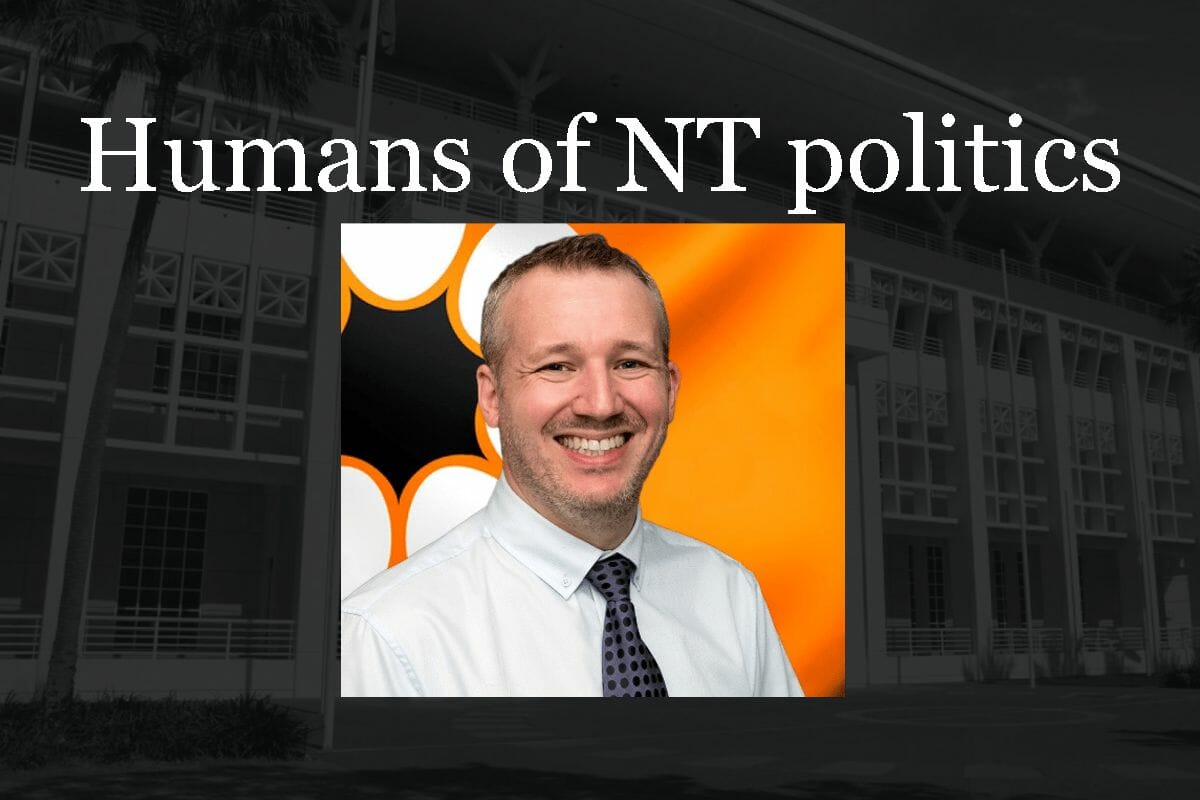 Jed’s family moved to the NT in 1987 when his father took a position as a police officer with the Northern Territory Police. Between the years of 1987 and 1996 they resided in and around remote communities across the Territory. Living in remote Australia gave Jed a unique opportunity to develop an awareness and knowledge of Aboriginal customs and society, something that continues to serve him today.

Jed’s family relocated to Darwin towards the end of 1996, so that he and his siblings could attend high school. It was whilst attending Darwin High School that he became actively involved in community affairs, youth matters, student representative councils and youth parliament. He was one of the first students who established the now custom of school representatives at ceremonies such as Anzac Day and Remembrance Day.

After school, Jed attended university and worked in the building industry on key projects like the Waterfront development and the Lyons subdivision, before turning his hand at running his own business.

Eventually, he found he had an aptitude for information technology; problem solving, delivering on projects, working to schedules, awareness of budgets, investigation, research and most importantly client relationships. He has had the privilege of working in both the government and private sector.

Since 2016 he has been focused on his family business based in Wanguri, where he works as a chemical specialist in partnership with his father in fabrication, spare part supplies, repairs and servicing. He also engages his skills as a photographer with nightclubs, businesses, and events around Darwin.

During the last 17 years he has resided and travelled extensively around the world but has always called Darwin home.

“Don’t believe everything you read,” Molly Sims. I think my father was the first to say it to me when I was quite young. It has served me well, seeking for the truth in all of the noise; and there is a lot of noise in today’s world.

I have far more hobbies, interests and activities than anyone else I know or have ever met. I actually have friends often tell me “is there anything you don’t do?!”. I always find it amusing, but I enjoy having my mind busy and learning something new.

I have a big heart and I care a great deal for everyone around me.

It would be a book, probably a dense novel. I don’t know how useful a movie or album would be on a desert island.

Hmm hard to choose amongst so many great choices, but it would probably be Milton Friedman. Why? Well because he was possibly the greatest economic mind of the 20th century and economics is an interest of mine. And he had some of the greatest quotes criticising bad governments which shows that he had a sense of humour.

Coffee. But I prefer neither.

I definitely fold my clothes… laughs.

Wet season. (Though this dry has been amazing).

I prefer independent stores, but Woolworths Hibiscus is the most convenient.