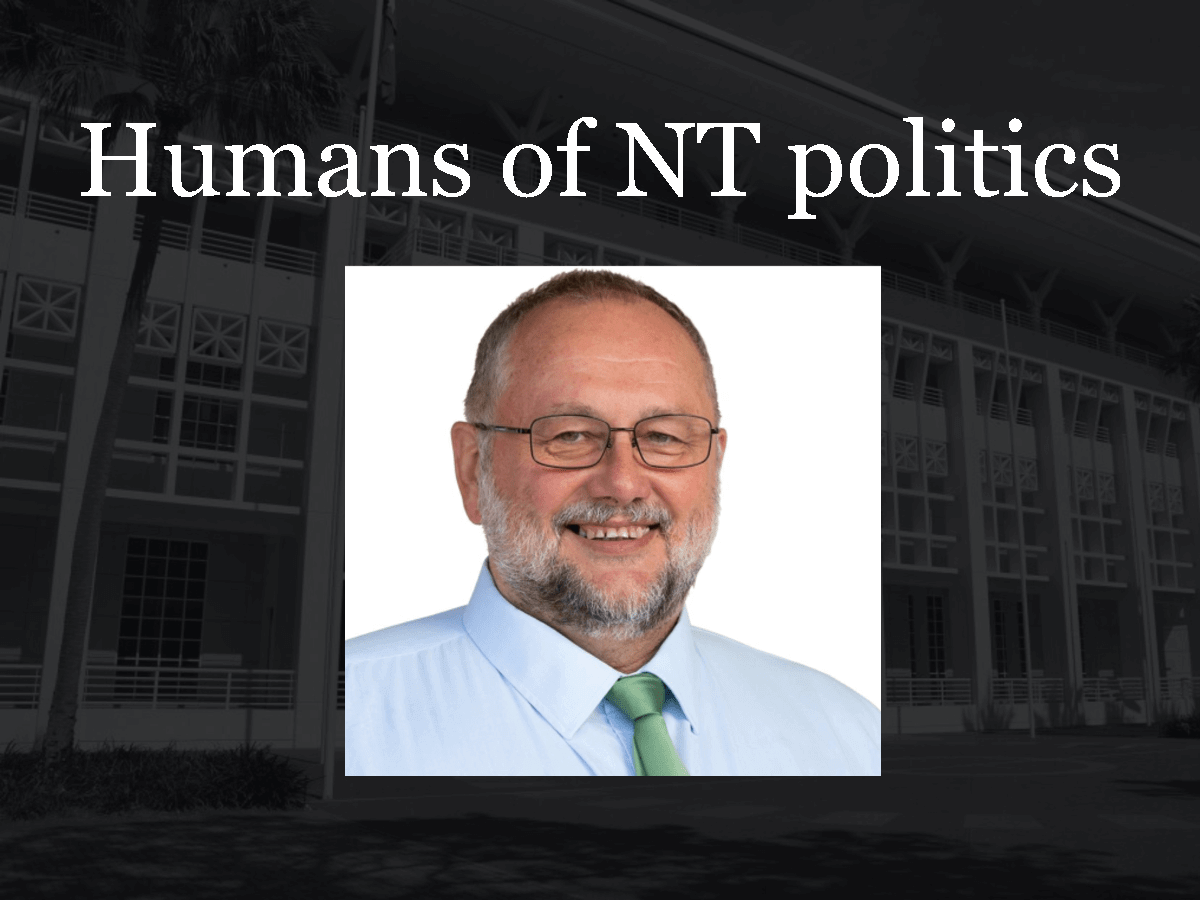 Today’s profile is CLP candidate for Casuarina Tony Schelling. Tony was transferred to the NT with Commercial Bank of Australia / Westpac in June 1981 and has worked in Darwin, Jabiru, Katherine and Tennant Creek.

Tony returned to Darwin in February 1995 to start Mortgage Choice NT as the owner and franchisee. An inductee into the Mortgage Choice Hall of Fame in 2013, and a multi-industry and franchise award winner over the many years, Tony said he also introduced the Mortgage & Finance Association of Australia to the NT in 2002. He is also a Fellow of Institute of Managers and Leaders Australia and New Zealand.

Tony is a life member of Casuarina Kiwanis Service Club and has been on the Australian Board of Trustees since 2014. He and his family purchased their first home in Nakara in 1988 and returned there in 1995. The family were schooled at Nakara, Holy Spirit Primary, O’Loughlin Catholic College and Casuarina Senior College.

“Two ears, one mouth”: My father. My Dad was very direct. He migrated from Holland in 1949. We grew up on dairy farms in south eastern Victoria. As a teen I had so many good ideas to impart.

For hay carting, I was on the trailer in the paddock stacking loads on my own. My older brother could take instructions, so he could work with Dad in the shed.

My parents visited me in NT for the first time, after four years, in 1985.  At a function we attended, Dad later noted one person to me. “This bloke is a good listener,” he said. “He stands back and listens. Then when he engages, he listens to what the other person is saying.  So when he speaks, he knows what he’s talking about.”

This was a message I never forgot.

Also, my eyes focus independently and I see on two horizontal plains. It made it interesting playing cricket when not wearing specs.

Neither are interesting. Both are quirky.

Loyal to a tee. Squeeze one more quick thing in, so often late. From my Dad – “Always be on time”.

If I’m alone, perhaps a book on mindfulness mediation, to get in touch with myself. Otherwise, Tai-Pan in the James Clavell series because it is easy reading. Bob Seger’s Stranger in Town. Australia

Gordon Ramsey. Dinner is about food. I like food…and lively conversation.

Tea (at the moment – harder to mess up.)

Does it really matter?!