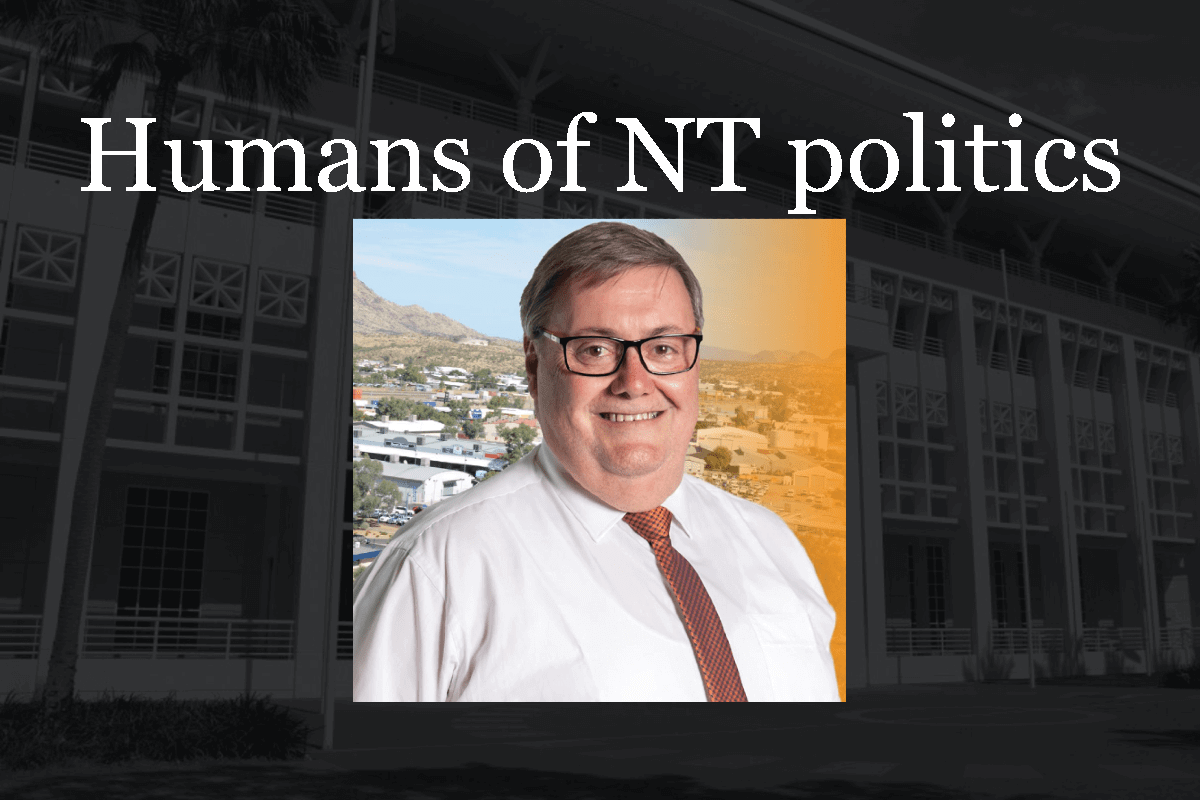 Today’s profile is CLP candidate for Araluen, Damien Ryan. Born in Alice Springs in 1955, Damien’s early life was characterised by exploration of the surrounding areas of Alice while playing with his three brothers and attending Our Lady of the Sacred Heart Primary School.

In 1972 he began work in the retail sector at the Alice Springs Camera Shop. He found his niche in the industry and bought the business in 1975 and set about establishing his business career – including wholesale companies and multiple retail outlets. He was fortunate enough to represent Kodak Australasia, and the Australian retail market, on the International Photographic Marketing Committee during the 1980s and 90s and was awarded the 2000 Australian Photographic Dealer of the Year.

A desire to venture into the tourism industry, led him to leasing Mt Ebenezer roadhouse, followed by Dunmarra roadhouse.

Damien and his wife, Joanne have raised their three daughters in Alice Springs and their family is heavily involved within the community.

He was elected mayor of Alice Springs in March 2008 and he said he reminds himself daily of the privilege he has of representing the community.

Damien was also the inaugural chairperson of the Central Australia Health Service from 2013 to 2017. He said he had strong financial and governance skills, gained through many years in public life.

Damien said he was fortunate to have represented a wide cross section of the community on many varied boards.

“Work hard to achieve your goals,” and “never be late for an appointment” is the best early advice I received from my father.

My first ever road trip was as a three-year-old from Alice Springs to Elsey Station, in my father John Ryan, and his partner Noel Buntine’s famous B61 RT Thermodyne Mack called The High and The Mighty. Bill Bromhall, who drove for Ryan & Buntine for many years, took on the task of delivering me into the care of my Uncle Peter and Aunty Mary McCracken, who managed Elsey Station.

My dear mate, the ‘G-Man’ described me as: “a man who was brought up on family values… who has integrity and is not afraid to speak that truth. Born and raised in the Alice, with a connection to the land and its people … a friend!”

Movie : The Godfather trilogy directed by Francis Ford Coppola (I may be rescued before finishing it though!)
Album:  Lee Kernaghan’s 1992 album, The Outback Club, featuring the classic anthem Boys from the Bush.
Book : A Town like Alice by Neville Shute. I am also currently reading Disunited Nations: The Scramble for Power in an Ungoverned World by Peter Zeihan.

Barack Obama,- who I briefly meet during his 2011 Darwin visit. I would enjoy listening to his story on his time in office.

A cup of black tea to start my day.

Both. Carlton in the AFL and Melbourne Storm in the NRL.

As a desert resident, I always appreciate rain!