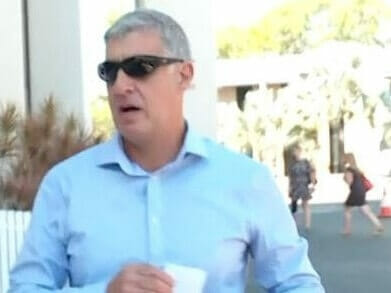 The Supreme Court jury returned the unanimous not guilty verdict Friday on two charges of sexual intercourse without consent, stemming from incidents which occurred in late 2004.

The trial, which lasted two and a half weeks, heard Mr Bravos, 53, had agreed that he had sex with the woman at his house following an emergency services ball in November 2004, but maintained it was consensual.

“She said we shouldn’t have done that and I agreed with her,” Mr Bravos said in a recording played at the trial.

The trial had raised issues of why the complainant had taken so long to come forward and raised further questions about which officers knew of the allegations and when they knew about them. The female officer only made a formal criminal complaint about the sexual allegations in 2017.

In a summary address to the jury, Prosecutor Nick Papas QC cited that there were “pressures” on the alleged victim to file a complaint, including an article published by the NT News in 2016, and pressures from her peers and friends.

A witness said those “pressures” affected the alleged victim’s decision to finally report the allegations.

At one point, the court heard allegations of a “black book” which was kept in the drug squad in which male officers allegedly compiled odds of sleeping with female officers. The book was never proven and rejected by male officers.

The court heard a whistleblower sent a report to what was then called the Public Interests Disclosure (PID) commissioner in 2015, which the ICAC has since replaced, without the knowledge of the alleged victim.

Defence lawyer John Lawrence SC said the complaint was made in an attempt to prevent Mr Bravos from being promoted.

On Thursday, the jury had reportedly told the court it was having trouble coming to a unanimous decision and had asked for clarification of what “beyond a reasonable doubt” meant. The jury of seven men and four women acquitted Mr Bravos with a unanimous not guilty verdict on two counts of rape on Friday morning.

Around 30 witnesses including former and current NT Police officers took the stand in court to provide testimonies and evidence during the trial.

They were tasked to investigate who took an “unsolicited allegation of sexual assault” to then corruption watchdog the PID in 2015, “which appears to have contributed to psychological harm to the alleged victim.” But the file was closed after the woman made the formal complaint.

Mr Bravos left the court with his wife Cindy Bravos at his side Friday morning, telling media: “This has been a horrendous ordeal”.