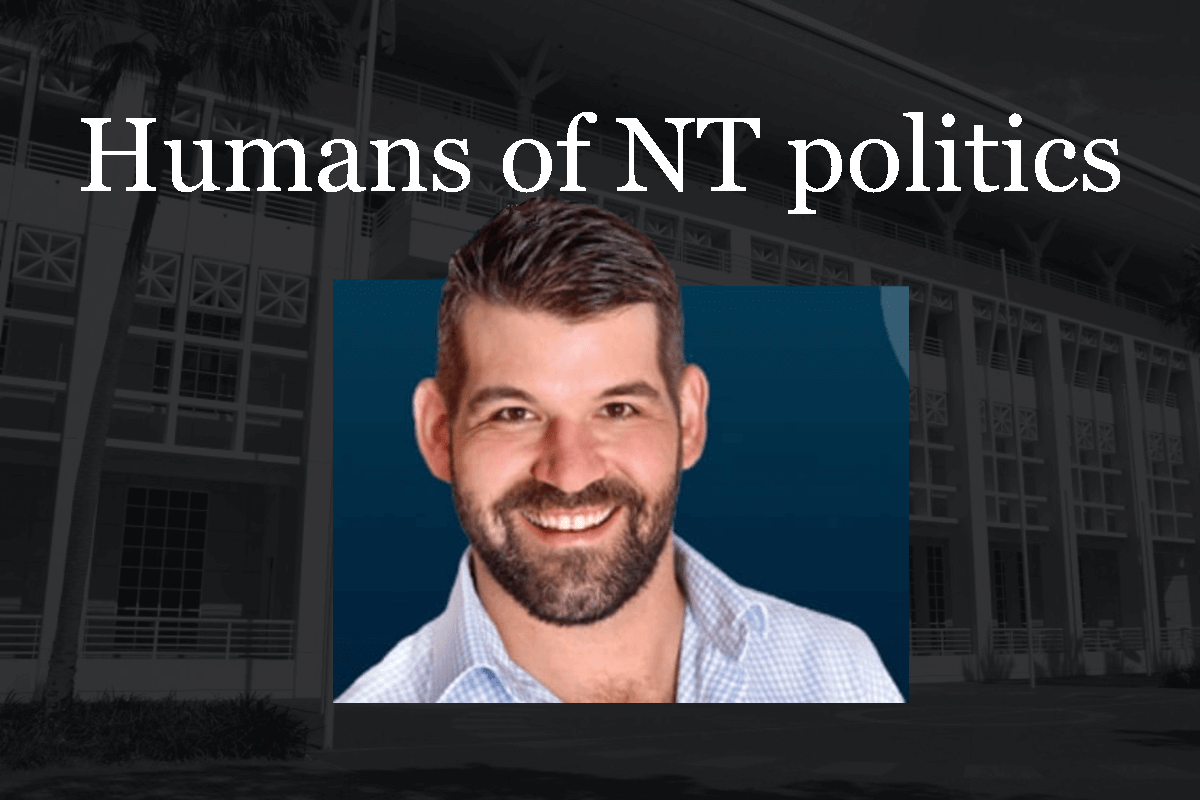 Matt’s mum lived here before he was born, but he was born in Adelaide. He and his mum moved back when he was nine months old and he has been in Alice ever since. He completed the majority of his schooling at Our Lady of the Sacred Heart Catholic College and completed Year 12 at Charles Darwin University.

Matt is an electrician, completing his trade at a local business in town. He has been an Alice Springs Town Councillor since 2017, and has held the position of deputy mayor since August 2018.

“Better to try and fail, then not try and regret.” Not sure who actually said this to me but it come from a footy coach in my younger days. I’m sure he was talking about sport, but it has really stuck in my mind and I have stuck by it ever since.

I rolled my car in 2012 coming back after working out in a community. Things didn’t look great for a little while, but once I was on my feet I wanted to do something a little out there, so I rode a pushbike from Alice Springs to Melbourne. I raised over $20,000 for the Starlight Foundation on my trek which took over 14 days. The Royal Children’s in Melbourne even opened the Starlight ward on a Sunday, which was the first time they had done that. Not sure I have ridden a push bike since to be honest! I also met my wife shortly after the crash whilst wearing a neck brace – great convo starter.

Determined, passionate, stands up for what he believes in, hardworking.

Album – Luke Combs – This Ones for You Too.

Book – Anything from Lee Child, but happy with any sporting auto-biography.

Probably Don Bradman. Australia’s greatest athlete we will ever have. So why not.

Coffee. White with one sugar.

NRL. Up the Blues.

Below the Berrimah line we are gifted with four seasons. I’m an autumn man, May is my favourite.