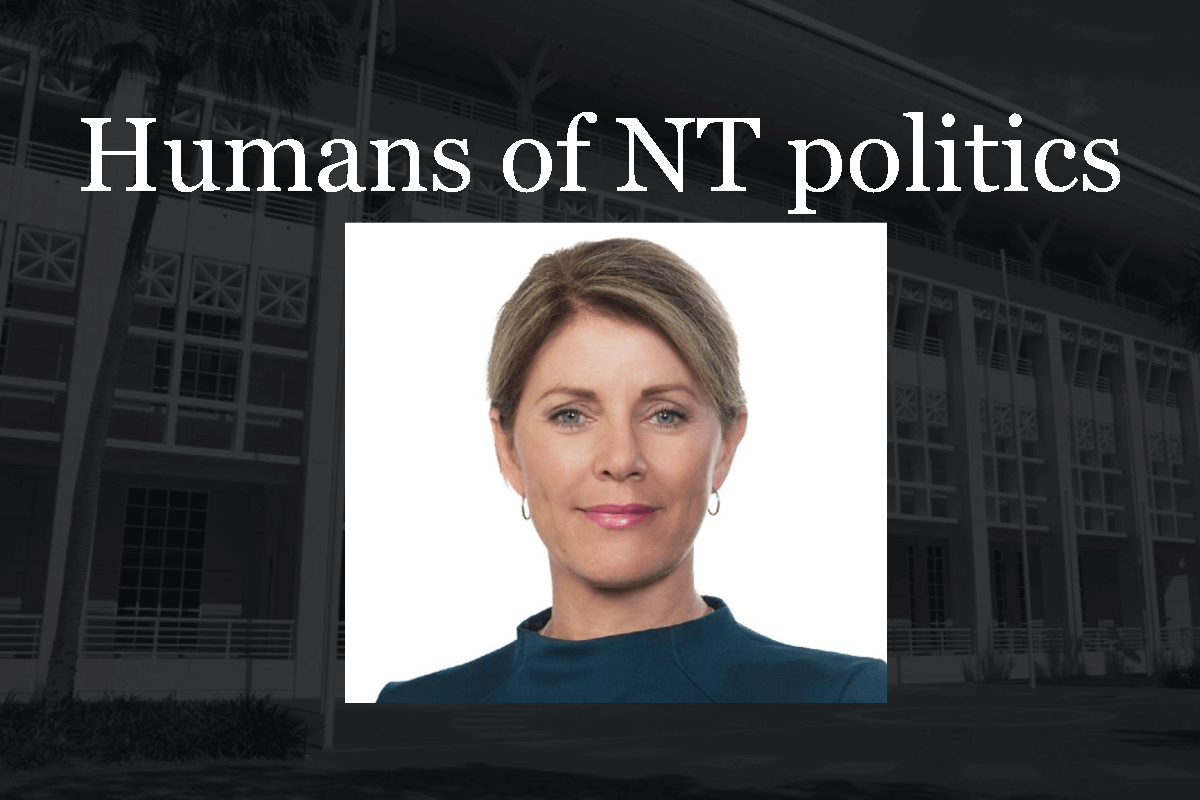 Today’s profile is CLP candidate for Fannie Bay, Tracey Hayes who will be running against Chief Minister Michael Gunner.

Tracey is a proud Territorian and resident of Fannie Bay, and mum to four sons who are 6th generation Territorians.

Tracey has considerable experience over a range of sectors playing an integral part in the local economy. She is the chair of Darwin Waterfront Corporation, and proprietor of a local business employing six Territorians. She is a former pastoralist and was the first female chief executive officer of the Northern Territory Cattlemen’s Association.

Overseeing this billion dollar industry, Tracey said she was able to promote and enhance its importance to not only the Territory economy but also the nation’s exports.

She said her knowledge has been used in the National Drought and North Queensland Flood Response and Recovery Agency. This advisory board was set up to provide advice to the Prime Minister and federal Minister for Drought, Natural Disaster and Emergency Management on recovery and response to flood and drought.

Tracey has continued to build knowledge through a Global Executive Master of Business from the University of Sydney, building on her previous business and management education through her agribusiness studies with the Harvard Business School short course program and Rangeland Management at The University of Queensland.

Tracey is the director of the Cooperative Research Centre for Northern Australia (CRCNA). She is also proud to have recently been made a member of the Order of Australian Honours Council, appointed by the Governor General, ensuring people are recognised for making an outstanding contribution that benefit their communities and ultimately our country in some way.

When opportunities come your way, the time is almost never right. If you wait for everything to align before you consider an opportunity, it will likely never happen. The advice was given to me as a young woman when I was considering a significant opportunity and I had a million reasons why not. In the end I went for it and have never looked back.

At one point in time I was licenced to operate aeroplanes, trucks, cars, motorbikes, boats, firearms, forklifts, and S7 pharmaceuticals and chemicals. Not unusual for bush women.

I outsourced this one. Loyal, true and dependable. A smart, no-nonsense, determined and committed individual. Loving mum, first and foremost.

Movie: The Man from Snowy River directed by George T. Miller. Album: The Best of Cold Chisel: All For You by Cold Chisel. Book: Sapiens: A Brief History of Humankind by Yuval Noah Harari.

My Dad. Its been ten years since we have shared a meal and there is a lot to catch up on. Many wise words of advice would be spoken and unwavering but subtle affection would be exchanged.

Such an unbecoming question.

Build-up. In order to appreciate the good, it helps to experience the not so good.

Prefer the local, but if not, then Woolies.