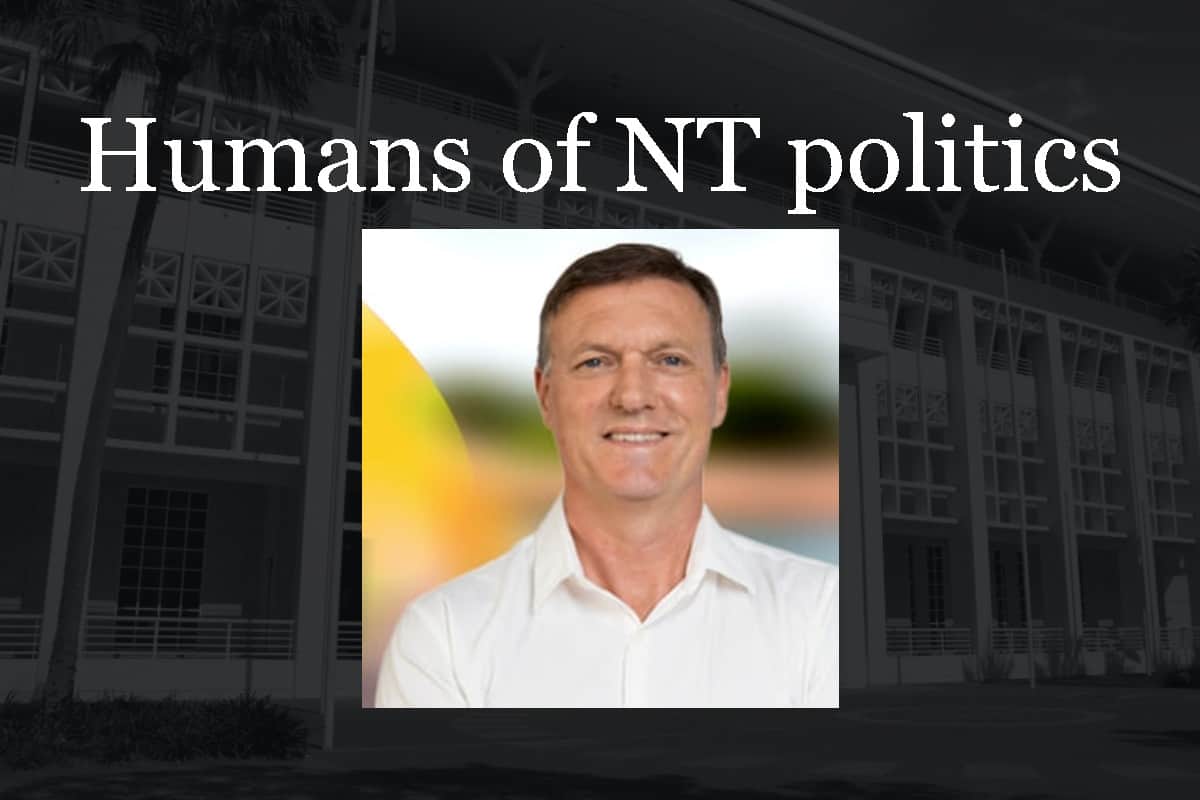 Michael has been a senior finance consultant in the Territory for over twenty years. It’s been a successful career that he has enjoyed immensely, working closely with his clients to deliver rewarding results for their financial security. He has two children in middle and high school, and wants to do whatever’s possible to provide the Territory’s next generation with a much brighter future.

There have been many great pieces of advice that I have received over many years. They include the following.

You only get out of this what you put in. This came from many sporting coaches.

Clean as you go. I learned this at my first job as a teenager at Kentucky Fried Chicken.

Always cover your backside. This was reiterated during my six years in various administrative roles in the RAAF.

Only do to others what you are willing to do for yourself. This is a summary of my own thoughts working for 22 years in finance.

I have always loved playing the guitar. I am in no way a natural so I have had to work long and hard to become a semi decent player. I now play in a three piece band and write half of our songs. I even have to sing them which doesn’t do the songs any justice at all. Once again not a natural at that aspect either. The songs are fun and upbeat. They are short stories of personal thoughts subtly written with subliminal meanings. I like to have people guess the underlying meaning. This is my outlet for what is very much a very busy life filled with work, school aged kids, a dog named Lorax and the chores surrounding keeping a home in good shape.

I also recently derived much pleasure from making a guitar from a kit. The guitar is a Trini Lopez copy and has Dave (written in Russian) on the headstock named after one of my musical heroes Dave Grohl.

Someone that can always be counted upon to always do the right thing.

Album: The Cranberries, No Need To Argue (Great album from start to finish).

Book: England Vs Australia, the history of Test Matches since 1877. It was the first book I ever received, which was a trophy from the Waratah Cricket Club in 1977.

Vladimir Putin. He is so loved in Russia. Or is he? I have been to Russia as I was always fascinated by the mystery of the country growing up in the Cold War era. There is a real love-hate relationship within Russia. They openly love him or silently hate him. It would be amazing to attempt to get a glimpse inside the mind of such an incredibly powerful person.

Both. I’m split as I enjoy watching both equally.

Both. Anything but winter. Yes the Wet is much more humid but it goes with the Territory.

Either. They both have everything I need.