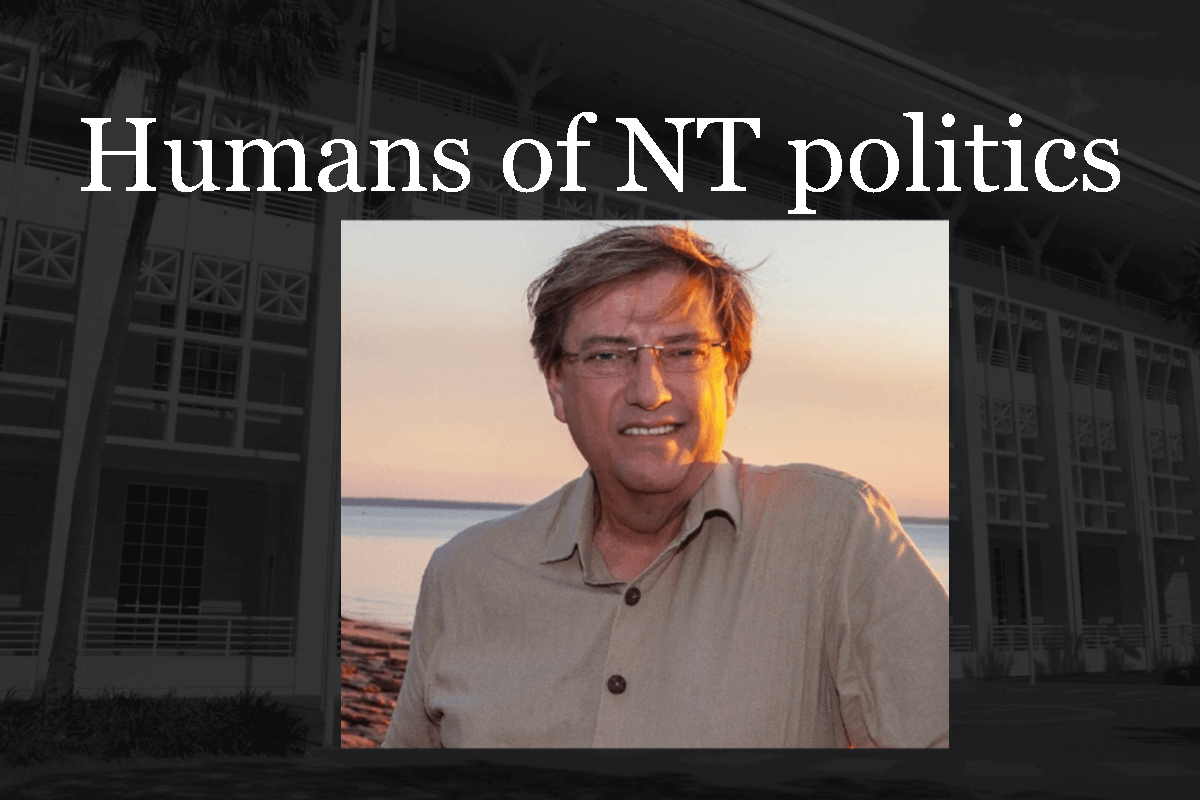 Alderman Gary Haslett has served on the City of Darwin Council representing Waters Ward since 2012. He is currently employed as a VET trainer at Palmerston High School.

Educated in Darwin, he went to primary school in Milner after Cyclone Tracy and gained a Bachelor of Business from the then Northern Territory University, now CDU. Gary is an Australian Institute of Company Directors graduate and holds a Certificate IV in training and assessment.

Gary moved to Darwin as a baby in 1966. His first job after leaving school was at Channel 8, now called Channel 9.  Later he worked for ABC TV as an editor, producer and director. He has also worked teaching international students business subjects at the award-winning International College of Advanced Education.

I always say, “If you ask for advice from an expert, then you should follow it.” This has been my experience.

In 1969 I was given a medallion to commemorate the Centenary of European settlement of Darwin. Last year as a City of Darwin alderman I was honoured to have facilitated giving sesquicentenary commemorative coins to primary school-aged children in Darwin.

My best mate would describe me as loyal, dependable and stable. But most of all lucky.

If I was stranded on an island I would take Dr Zhivago directed by David Lean, Best of Bowie and The Bible.

If I could have dinner with someone from history I would choose William Shakespeare because he has so many stories to tell.