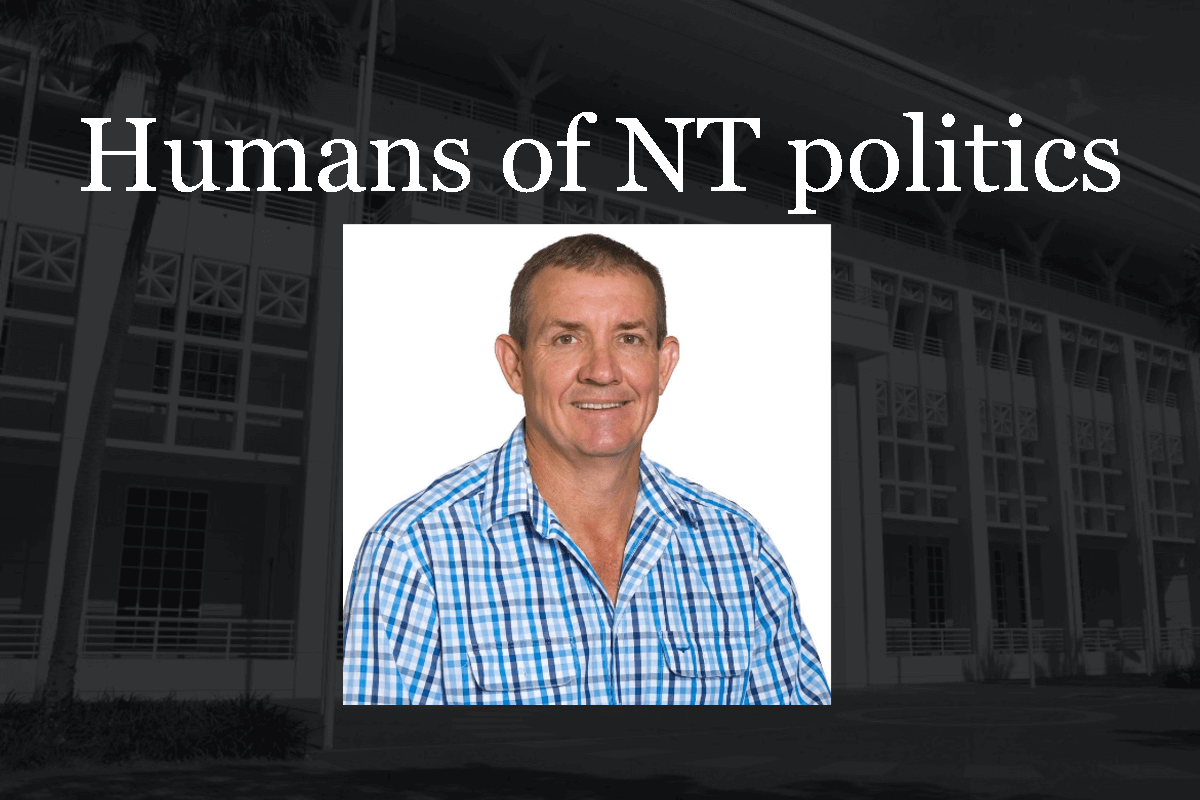 The rural area has been Gerard’s home nearly his entire life. His family moved to Howard Springs when he was four.

His father was a police officer with Northern Territory Police and on Christmas Eve 1974 he knew a cyclone was headed for Darwin. He took Gerard, his mum and his brother out to their block in Howard Springs where they sheltered.

During the cyclone the roof blew off their house and landed as one piece in the paddock next to them. This is where their family home now stands. After the roof blew off they sheltered under the kitchen table and then one of the brick walls fell on top of the table. They ended up crawling over to the car and together sat in the car until the cyclone past.

During the calm, Gerard’s dad crawled back over to the house and was able to retrieve their Christmas stockings and whilst most of this story has been retold to him, Gerard does remember playing with his new toys in the back of the car as bricks were falling around them, and crawling over to the car. He was four at the time.

Gerard feels very privileged to have grown up in the rural area and he wants his children to have the same opportunities they had growing up there. Together with his wife Sharon, he has raised four children on their block in Howard Springs where his parents raised him.

Gerard went to Howard Springs Primary School and Taminmin High School then completed an apprenticeship as an automotive mechanic.

He worked as a local tradie and in the Northern Territory Public Service, before he went back to study law at Charles Darwin University. Since graduating he has been working for Maley’s Barristers and Solicitors, advocating and representing rural people through their Coolalinga office.

Like many people in his area, when he is not working he enjoys fishing, 4WDing, camping, hunting, polocrosse and other sporting activities.

My dad often says,“No point having a stressful argument you didn’t have to have,” and I think he’s right.

My primary income whilst studying law, at what is now known as Charles Darwin University, was from the sale of feral pigs. I used to go hunting every Friday during the dry season. I was able to sell field-harvested feral pigs for up to $1.20 per kilogram.  I’d deliver the feral pigs to Terry Holtz at Howard Springs Pet Meats after each hunting trip.

Someone to have in the group as he has the capacity to overcome many problems. He can service my vehicle and settle my divorce.

Movie: The Terminator directed by James Cameron – I don’t watch many movies!

My grandfather, Henry Maley. I never got to really know him. My dad spoke so highly of him. Growing up in the Territory away from family, flying to Sydney was a big deal due to the costs of airfares and the distance, so we only spent limited with him. He was an inspiration to my dad but unfortunately I never got to know him very well because of tyranny of distance.

NRL. Parramatta Eels all the way. I hope I am luckier in August, then they’ve been lately.

Woolies or my local IGA.