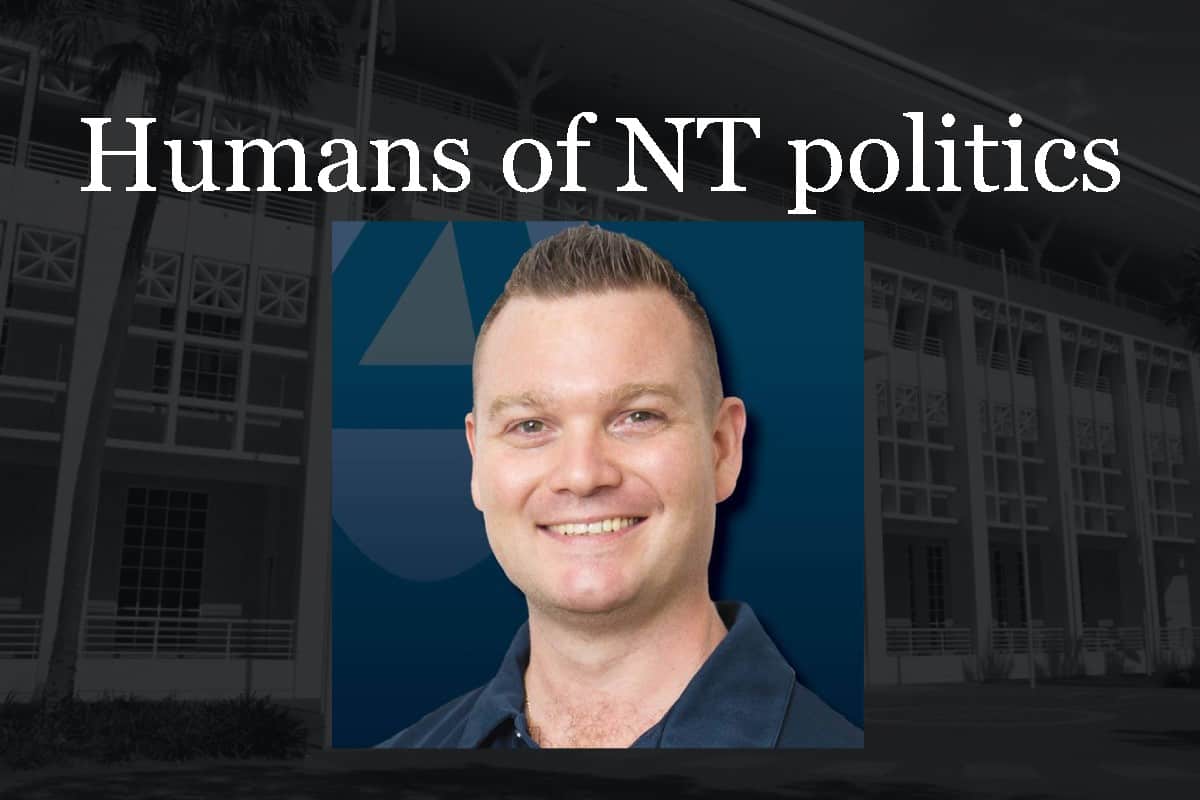 Caleb and his wife Rosie bought a house in Karama in 2015 where they live with their two children.

Caleb moved to Darwin from New Zealand in 2009 with $200 in his back pocket, a job as an aircraft engineer and a keenness for adventure. He thought he was coming to Darwin for 12 months, however he got hooked by the Territory’s beauty, lifestyle and opportunities, not to mention his wife.

Caleb has been a youth leader and mentor in Darwin for 9 years and is actively involved on the school councils of both his children’s schools. In his spare time he enjoys bee keeping, and keeps both European and native sugarbag bee hives.

Caleb is a licensed aircraft maintenance engineer, and is now working as a training manager, teaching trade skills to middle school students.

“Far better it is to dare mighty things, to win glorious triumphs, even though chequered by failure, than to take rank with those poor spirits who neither enjoy much nor suffer much, because they live in the grey twilight that knows neither victory nor defeat.” – Theodore Roosevelt

Once on a beach in South America some young Latina women asked me how old I was; I proudly announced “tengo quince anos” rather than “tengo quince años”. The difference?  I said “I have 15 anuses” rather than “I have 15 years”!  My ears and face felt like they were radiating the heat of the sun when I found out what the giggling and laughing was about.

Loves his family. Loves people. Likes to constantly be learning and fixing things.

Album: The Battle of Los Angeles by Rage Against the Machine.

Book: Lee Kuan Yew: The Man And His Ideas by Han Fook Kwang.

Horatio Nelson, just prior to the battle of Trafalgar. Why?  He inspired others around him. He backed his words with action.

Dry Season.  I love teasing my southern mates with Litchfield and Kakadu photos while they freeze their backsides off 😊

Woollies when they have their own, in-house butchers.