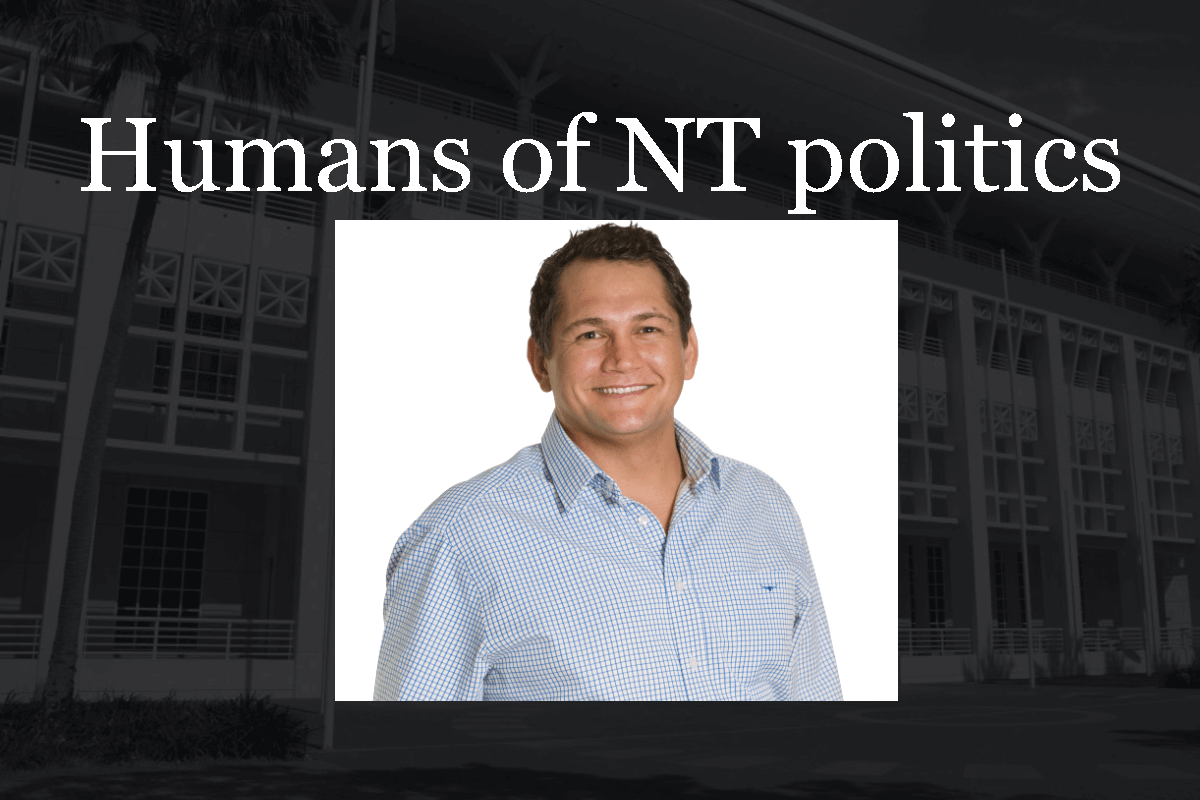 Toby is a family man with an accomplished consulting career, a rugby captain, chess aficionado and below-average amateur fisherman.

His heritage is firmly rooted in the Territory with his father, a pioneer of the livestock export industry. His mother was, a primary school teacher in Lajamanu and Parap Primary School.

There is a legacy of service in his family. His grandfather defended the north of Australia in WWII flying P40 Kittyhawks in the battles of Tarakan and Morotai. Toby aspires to carry this legacy and pass it on to his children and children’s children.

He is a proud Territorian born and bred. His son and daughter were born in Darwin and have that strong Territory spirit. His wife grew up on the banks of the Ord River and is a resilient and proud Kimberley woman from a pioneering farming family.

Toby has had a successful career. He spent six years in a Commonwealth agency reporting directly to the Department of Prime Minister and Cabinet. And ten in the private sector providing project management consulting services to the Department of Defence on major infrastructure projects.

Toby has been living in Katherine the last three years where he has been leading the team responsible for delivering a $1.44 billion program of infrastructure works for the Department of Defence, including $450 million on infrastructure in the Territory at RAAF Base Tindal. He said it is an experience that has provided unique insights to issues facing the Territory.

Toby said he had seen first-hand Commonwealth spend benefiting Territory regional economies. He has also seen where it can go wrong.

Meeting people for the first time can be challenging. Sometimes they don’t want to open up, often they can be as nervous as you are. Build a connection by showing an interest in their life, my Dad Georgie said.

I think Dad saw that, as a young kid, I wasn’t a natural conversationalist and wanted to make sure I had the right mindset and tools to be able to connect with anyone and make friends.

I have had some great conversations, connected with wonderful people from all walks of life and learnt a hell of a lot heeding his advice.

I now tell my son to be curious as you never know what you will learn or how you are already connected to someone.

In my professional career I have learned that asking the right questions is a fundamental skill for problem solving.

As a nineteen-year-old I spent a number of months on a remote Filipino island as a marine conservation biologist. In the time that I was there did the following: scuba dived every day; worked with the community to survey reef flora and fauna for baseline analysis; set up a coral reef nursery for re-establishment of dynamite and cyanide affected fishing grounds; ran a community awareness campaign (including a puppet show in a primary school); and initiated alternative livelihood projects for struggling fisherman.

This is a few more than twenty words but here is a good mate’s response to a similar question during candidate pre-selection vetting:

“Full of integrity and a natural leader. Family man first and foremost. Very pragmatic but is also capable of showing empathy in presenting his views. He plays the ball and not the individual. He is very likeable and people are naturally drawn to him.”

Movie: I love a decent espionage film, John le Carré or Tom Clancy. Or a classic like North by Northwest or The Great Escape. But in this situation one of those deep and multi-layered films that seem to get better each time you see them e.g. The Matrix, Fight Club, The Adjustment Bureau, Inception, etc.

Album: I enjoy listening to JJJ, Aussie rock and blues but in this situation I reckon anything coastal chill or calypso would work.

Book: Survival: A Beginner’s Guide to Help You Survive on a Deserted Island by Max Stratford.

My grandpa, Edward John Gibbes Buchan who was an old-school gentleman with a kind heart and an interesting background. At fifteen he enrolled in the Merchant Navy illegally under his older cousin’s name. He fought in WWII in Egypt and Crete as an intelligence officer and had time as a POW. He ended his military career after defending the north of Australia as a 75SQN pilot flying Kittyhawks and Spitfires in the battles of Tarakan and Morotai. Post-war he continued serving his community as a teacher and eventually as the Headmaster of Manly Boys High for over a decade.

I would make the most of the night by finishing dinner with a whiskey and drawn-out game of chess. He taught me to play. Games always came with deep and meaningful philosophical advice on life.

Tea to wake up, coffee to get going.

Did you know that a 2016 ASDA study into the topic found that over 68 per cent of people fold?

The game they play in heaven, aka a thugs’ game played by gentleman, aka rugby union.

I had a Footscray cap as a kid that I loved and never took off. Does that count?

The first big rains of the Wet. When I was young the raindrops seemed the size of grapes. All of the kids in the street would congregate at the top of the hill and race leaves in the gutter.

Whatever is most convenient. It is Woolies at the moment. We regularly try new delicacies’ from our local independent.