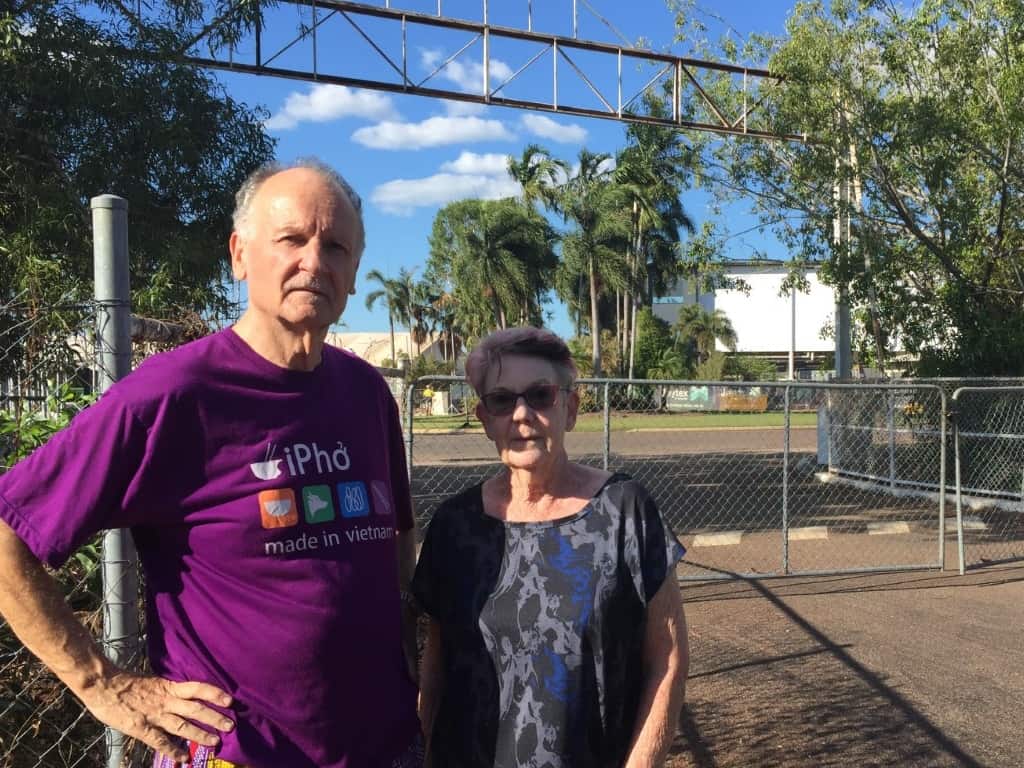 The company responsible for building the Darwin Turf Club’s controversial $12 million taxpayer-funded grandstand is being investigated for breaching Environment Protection Agency guidelines during the construction of the project.

Construction company Jaytex, along with the Turf Club itself, have been accused by a group of Fannie Bay residents of disregarding assurances made to the EPA and Development Consent Authority over several aspects during the grandstand’s construction phase.

The accusations include installing fire-fighting tanks not on the original development application documents, breaking EPA guidelines by working late into the night and using an unauthorized entry to the racecourse in a bid to fast-track the project to ensure it opens to the public next month.

Brown Street resident Geoff Farnell, who lives across the road from the Turf Club, said EPA guidelines stipulate work on the grandstand can only occur from 7am to 7pm during the day, however residents have been hearing construction “at all hours of the night”.

“They are working well before 7am and well after 7pm … I can literally see the machinery from my house,” he told the NT Independent.

“Work has been starting at 4am some mornings and has been going until 1am on some nights.

“They’ve got a deadline to do with the (Darwin Cup) carnival, they must be behind and they are rushing to meet it.

“We can accept daytime noise but they shouldn’t be waking us up at night.”

Documents show the Turf Club gave verbal undertakings to the DCA in September 2019 that the gates to its Brown Street/Playford Street entrance, which are usually permanently closed, would be opened “infrequently” and “sporadically” at most during the grandstand’s construction.

However, the gates were opened on June 6 and left permanently unlocked for almost two weeks, allowing construction trucks and utes to enter via Brown Street and turning the usually quiet suburban street into a busy thoroughfare – again to speed up construction, residents allege.

Another issue raised was the installation of large firefighting water tanks and a pump station next to Playford Street to cater for fire safety measures for the new grandstand.

Mr Farnell said the tanks were built without any advice or consultation with neighbours and they were not in the original development application documents.

“This is completely shonky, I don’t know how they’ve done it,” he said.

“The tanks weren’t on the original DA documents and suddenly they were constructed without even informing us.

“They would have known they were required, so why were they not in the plans?”

Both the Darwin Turf Club and Jaytex refused to answer questions from the NT Independent about the accusations, while the EPA confirmed it was investigating the matter. The DCA did not respond.

The grandstand project caused public outrage in February after it was revealed the $12 million tender was awarded to Jaytex, a construction company which is co-owned by the Turf Club’s chairman Brett Dixon. The Turf Club has previously claimed it underwent a “very diligent process” before awarding the contract. Mr Dixon has said he was not involved with the decision-making process.