Mills calls for Chief Minister to explain why he protected Speaker, allegations of ‘secret deal’ resurface 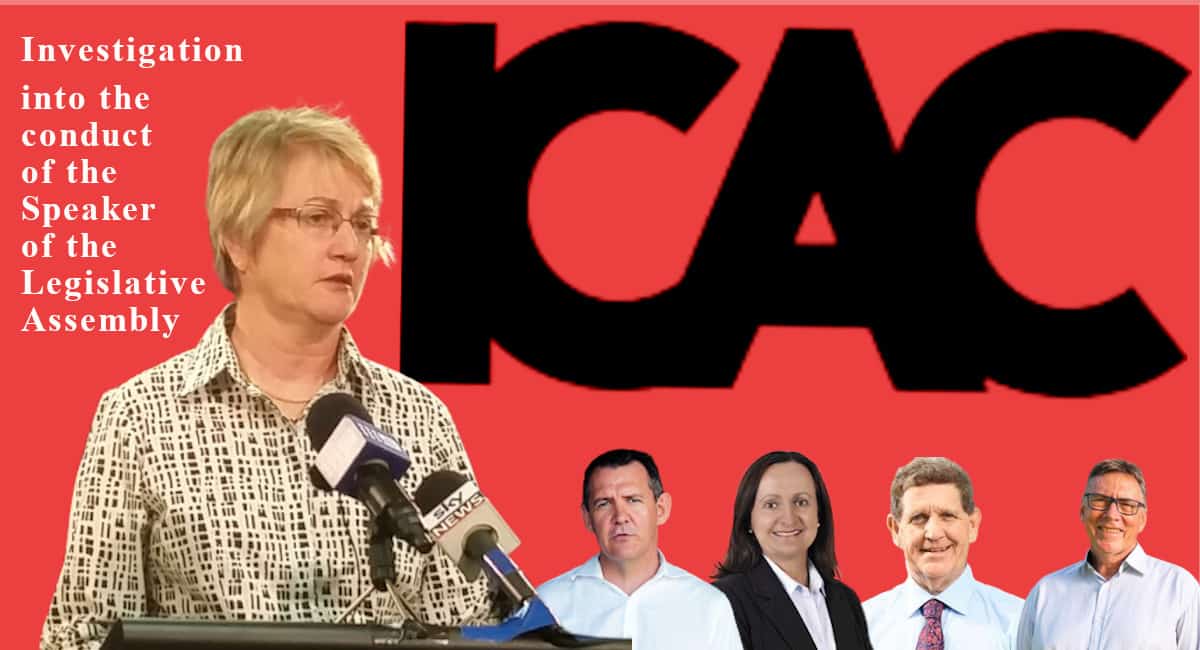 Territory Alliance leader Terry Mills says Speaker Kezia Purick must resign immediately from Parliament and Chief Minister Michael Gunner needs to explain why he protected Ms Purick after her office admitted to interfering in the establishment of a political party in 2018.

Allegations have also resurfaced about an alleged “secret deal” between Ms Purick and Mr Gunner that permitted her to become Speaker in 2016 as an independent MLA despite Labor winning 18 of 25 seats in Parliament.

On Monday, an ICAC investigation found that Ms Purick engaged in “corrupt conduct”, repeatedly lied to investigators and breached the public trust about her involvement in interfering in the establishment of the North Australia Party, which Mr Mills had looked at forming in 2018.

She had told Parliament in November 2018 that she was not involved and that her executive assistant Martine Smith had acted without her knowledge. The ICAC found that was not true.

“This outrageous and corrupt conduct is a reflection of the Gunner Government,” Mr Mills said on Monday. “They installed Purick as Speaker and kept her in the job even when she apologised to Parliament and falsely sheeted all the blame to her staff member for the corrupt conduct.

“The Chief Minister was aware of these activities … and chose to turn a deaf ear to it and ignored his own position that he wanted to restore peoples’ trust and confidence in the Parliament, and in government.

“This is a reflection on the shambles of a government – an absolute failure of judgement by the Chief Minister to continue to back Purick. This is another example of what a bad government Labor has been and people who spoke up internally to do the right thing got thrown out.”

Former Labor MLA turned independent Scott McConnell told the NT Independent he wanted Mr Gunner to explain allegations of a “secret deal” that was signed with Ms Purick before the 2016 election that allegedly guaranteed Ms Purick a role as Speaker in his government.

“We need to look at what’s going on in the Parliament,” he said.

“It’s been widely talked about in Parliament House that she and the Chief Minister have a written deal for her to remain in that position for the next term (as well). It’s up to them to categorically deny that’s the deal. It shows how disingenuous he’s been to his Labor team.”

Ms Purick and Mr Gunner did not respond to requests for comment about the alleged arrangement.

Deputy leader Robyn Lambley said Mr Gunner’s protection of Ms Purick created a “stench … which goes to the heart of what we’ve seen as the cosy relationship between Purick and the Gunner Government”.

She questioned Mr Gunner’s involvement with the Speaker and the CLP to overturn TA’s brief stint as official Opposition in March.

“They used their numbers with the CLP to tear up Standing Orders, the rules of Parliament, to install the CLP as Opposition when clearly Territory Alliance have the majority of members of an opposition party in Parliament,” she said.

Mr Gunner denied Labor was involved in that vote, however, the party did allow the CLP to put the vote to the parliamentary floor, which was unusual, given that official Opposition status has always been determined by the party with the most non-government members.

“My recollection is that I was in national cabinet at the time … and we simply didn’t gag the debate from occurring,” he said. “I’d rather not get involved. We stepped away and allowed them to fight.”

Ms Lambley also raised a perceived conflict of interest between Mr Gunner and Ms Purick that existed in 2018, when Mr Gunner’s mother worked in the Speaker’s office, which she said “muddied the waters” of professional conduct.

“It was never properly dealt with to my satisfaction,” she said. “I received several emails from the Chief Minister’s mother on behalf of the Speaker Kezia Purick from time to time on issues that I would have regarded as confidential. I think it goes to some extent to explain why Mr Gunner felt so conflicted about removing her from that position.”

The ICAC report found Ms Purick “intervened in the attempted creation of a political party by other MLAs, contrary to her obligations of impartiality as Speaker” and acted dishonestly by lying to investigators on three different occasions while under oath. The report also found she failed to uphold the law and used the status of her office to carry out the interference.

“She lied to the commissioner,” he said. “And she obviously doesn’t understand the gravity of this. This is the highest position in the Northern Territory Parliament. This is a democracy that needs to be strengthened, trusted and believed in.”

Ms Purick did not respond to the NT Independent’s requests for comment. In 2017, when being questioned about her travel at taxpayers’ expense, Ms Purick said, “a Speaker maligned is a Parliament maligned”.

She has not indicated whether she intends to resign. Mr Gunner said on Monday that he would replace her with deputy speaker Chacey Paech if she chooses not to resign when Parliament resumes on Tuesday.

While the Chief Minister said the ICAC report did not amount to a finding of a legal offence being committed, it is now with the Director of Public Prosecutions to determine if charges will be laid.