Good n’ gammon: Edition XVIII -The vote for me or you will die edition Another week in the Territory and another week closer to execution by election. From the big discovery that trees can be used for shade, to lives lost if the CLP get in, to who we know is really going to be the Chief Minister. This is all that is good and what is gammon this week.

Making it all nice

The Darwin Council deserves a bit of praise for the Daly St beautification. There actually seems to be trees planted there that will grow into shade protection mechanisms. Think of all the money we will save on shade structures. And the middle of the road landscaping looks tickety boo. Let’s maintain the shade rage.

Nothing could possibly go wrong

Obviously the election is on next weekend but also the V8 Supercars sprint race is on the same day as well as the AFL game between Carlton and Gold Coast and Marrara stadium on Friday night. And then the crowning glory of the weekend, the Richmond Essendon Dreamtime game at Marrara. The Gunner Government deserves some praise for helping this to happen.

A big weekend is good.

Deidre Chambers, what a coincidence

You may remember from the film Muriel’s Wedding, Muriel’s dad, the dodgy mayor Bill, repeatedly running into his mistress when out, such as dining with his family, and pretending it was just happenstance by greeting her with the phrase, “Diedre Chambers, what a coincidence.”

There are a lot of Diedre Chambers moments in the NT, such as the annual Port Darwin electorate family fun day being held the weeked before the NT Election. The wild animals promoted on the flyer, and the burning circus, are one in the same, members of Labor’s in-chaos Cabinet. 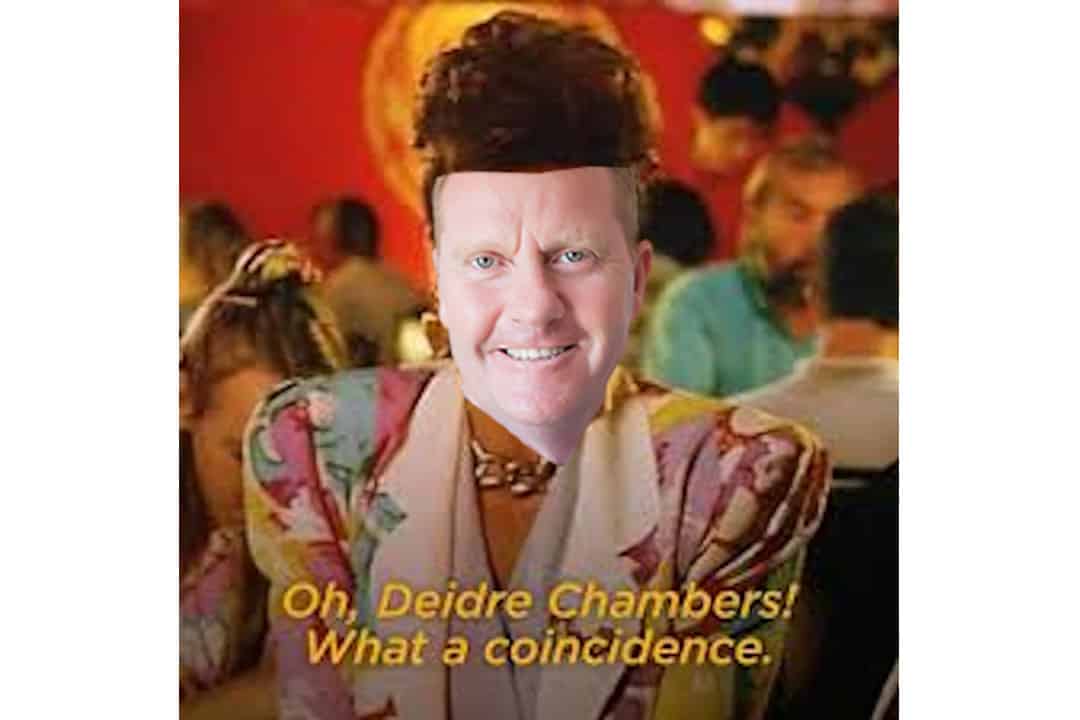 Despite your taxpayer dollars being spent on face painting and a sausage sizzle, it looks like it’s ‘back on the tools’ for Kirbs.

The NT Independent Handy Guide to the Secret Power Brokers

The NT Independent has always been an organ that aims to assist the Gunner Government to get important messages out. Even when they try to stop us. And as a community service we just want to help the public get to know some powerful folks whose wages you pay and who are slaving away to make the Territory a better place by directly stopping you getting important information. Here is Chief Minister Michael Gunner’s chief of staff Emily Beresford-Cane. Some of the things she loves are the great Territory lifestyle (we presume) and blocking your right to know things. If you see her in the street, give her a wave. 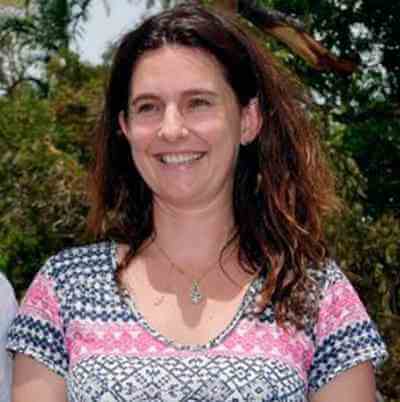 The curious cases of vanishing coronavirus

There have been no bigger supporters of chief health officer Dr Hugh Heggie than the NT Independent. But things have been a little strange. We had the Friday evening Brisbane hotspot declaration a few weekends back and then abracadabra, it is gone. The public deserves a clearer explanation of how a hotspot is declared.

The current communication of hotspots is gammon

Spare a thought for all of our cry-baby wannabe politicians who have suffered such egregious indignities this week they may never recover. Can you imagine the pain and humiliation these poor people have suffered by being told one thing about how to vote card preferences and having something else happen instead? Can you imagine a political party not doing what they said they would? Consider it their first lesson in politics and furthermore they now know how the rest of us feel when a political party lies to us. Get over yourselves and your stupid preferences.

Territorians do not care that the CLP told a pollie they would support her and then didn’t, or that Territory Alliance has done the same. This internal self-absorbed obsession is exactly why people hate politicians.

We miss our tender moments together Sweary Mick

It has now been 64 days since Chief Minister Michael Gunner, aka Sweary Mick, presumably became the first Australian politician to actually run away from his own press conference to avoid questions from journalists. The NT Independent specifically.

While 64 days is not considered a special number in anniversary terms, his fleeing from us, for which he was ridiculed on national television, is still special to us.

Even Sweary Mick knows this is gammon

Vote for me or you will die

The Chief was in COVID-19 (scare) campaign mode this week which went into full blown bizarro mode that must have – at least hopefully – had his colleagues cringing, telling media at a press conference that if people did not vote for him, then they would die.

“Sometimes you choose the campaign; sometimes the campaign chooses you,” Sweary Mick said.

“This is literally the difference between life and death.”

It reminds us of the narrator, aka The Stranger in The Big Lebowski talking about Jeff Bridge’s character The Dude, saying, “Sometimes you eat the bar, and sometimes the bar eats you.”

“Darkness warshed over the Dude – darker’n a black steer’s tookus on a moonless prairie night,” he also said.

And Sweary Mick is banking on this black steer’s tookus winning him the election.

Although we’re slightly confused because we were under the impression that Heggmeister General was the one giving the life saving medical advice.

So vote #1 Hugh Heggie in Fannie Bay, we guess.

The next logical step for the Chief is to go full Trump and order the Territory a couple of hundred thousand doses of hydroxychloroquine…stat.

But it is just a seat warming exercise

While we support Sweary Mick as the Chief Minister we are not sure the Attorney-General Natasha Fyles does. It was at a press conference where she was defending the confusing comments about border controls by the Chief when she was asked if she had chief ministerial aspirations.

“In terms of my responsibilities, I enjoy the privilege of being a local member, and I have sought the support of my community and we will see in a couple of weeks’ time where it all lands,” the NT News reported.

When she was asked to rule out a future leadership challenge Ms Fyles said “thank you” and ended the press conference.

In social media election advertisements, other ministers and even Sleepy Joel Bowden, are seen on screen with Sweary Mick while Ms Fyles has fashioned her own ads where she is starkly Gunnerless. Ms Fyles seems to never be photographed with her boss and we are now not sure they have ever been seen in the same room together and are forced to wonder if the Attorney General is just Gunner in drag. 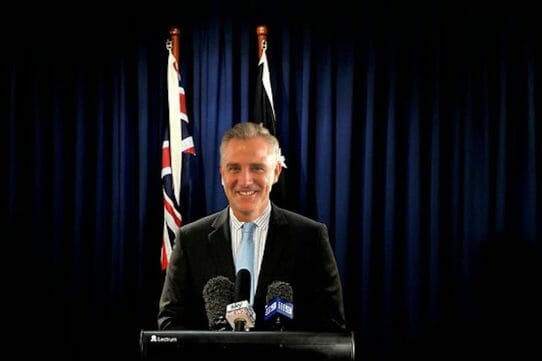 Joel Bowden is going to come off the bench to actually captain the team next season.

But why should she have to rule out a leadership challenge when everyone already knows Sleepy Joel is going to step up to his rightful throne.

After all, before the Johnston byelection he said something along the lines off, “I know good teams…and not so good teams”.

He played in some stinkin’ losing Richmond teams but we think he probably now actually understands what a not so good team really is.

Leadership certainty before the election is good