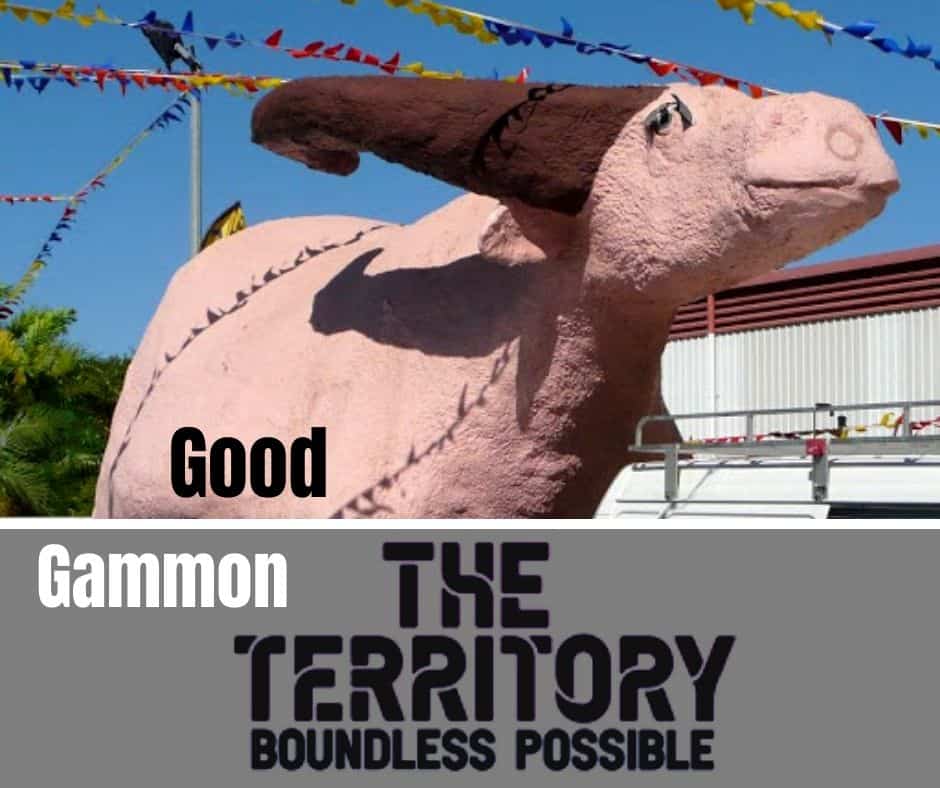 While life is still good, who would have thought it could get even more gammon that it already was? From dogs that eat cane toad poo to our ‘roadmap to the new normal’ – more of a Labor state of mind than a place you can live in.

It’s Mother’s Day on Sunday, which goes on regardless of COVID-19. It is good that kids are still making presents for their mums in NT schools.

Mums are good (unless they’re gammon).

We have gone through another week of no community COVID-19 spread. And the Territory is moving towards even less restrictions and more businesses to open again.

Government and Territorians’ efforts in coronavirus prevention have been good.

Terry Mills, the head of the New Territory Order party that is Territory Alliance, came out during the week to say he was going to introduce nicotine vaping legislation into parliament. Very few private members’ bills have ever passed in more than 40 years of self government and we wonder what it was really all about.

Holding press conferences to announce essentially nothing is gammon. But Terry is not on his Pat Malone there.

There has been a slight chill in the air in the morning in the Top End and the occasional breeze after a few weeks of bloody hot. While not extreme lows, the Red Center has had some overnight temperatures that would kill the average Darwinite.

The Dry is good. The cold is gammon.

Fuel-Xpress representative and CEO of the Australasian Convenience and Petroleum Marketers Association Mark McKenzie told the NT’s Public Accounts Committee that one of the reasons fuel prices in the NT were much higher than other places was because of fuel efficient cars, despite us living a beefed-up 4WD utopia.

Why can’t we all just be friends? (Bare with us, things are going to get a little labored)

While we are living in the ‘new normal’ of our Labor Government, and Chief Minister Michael Gunner’s potentially illegally (we’re investigating) banning of the free press, we are heartened to see at least one Labor MLA acknowledging our legitimacy by commenting on our Facebook page.

The Chief spent part of a press conference this week letting us know he had both introduced the term ‘new normal’ (hopefully it doesn’t spread as easily as coronavirus) to New Zealand Prime Minister Jacinda Ardern but also gave her his own personal (and presumably signed) copy of the Territory’s “roadmap to the new normal”. Good stuff.

The Chief Minister rising in the ranks as a global political influencer is good.

The William Wallace award for massacring English this week goes to our own Bravehart leader, Mr Gunner for his term “roadmap to the new normal”. Unfortunately for the rest of Australia, the national cabinet can only come up with a three-point plan.

Using spin and nonsense terms to communicate important public health information is gammon. Get your hand off it, you can just call it a plan for lifting COVID-19 restrictions. And where’s the roadmap to economic recovery?

Sara Alexopoulos Keeping our borders closed too much longer is really gammon.

Daniel Tapp The virus scam is gammon ..not the virus ..the scam

Email us at [email protected] if you have a ‘good or gammon’ to share for next week.