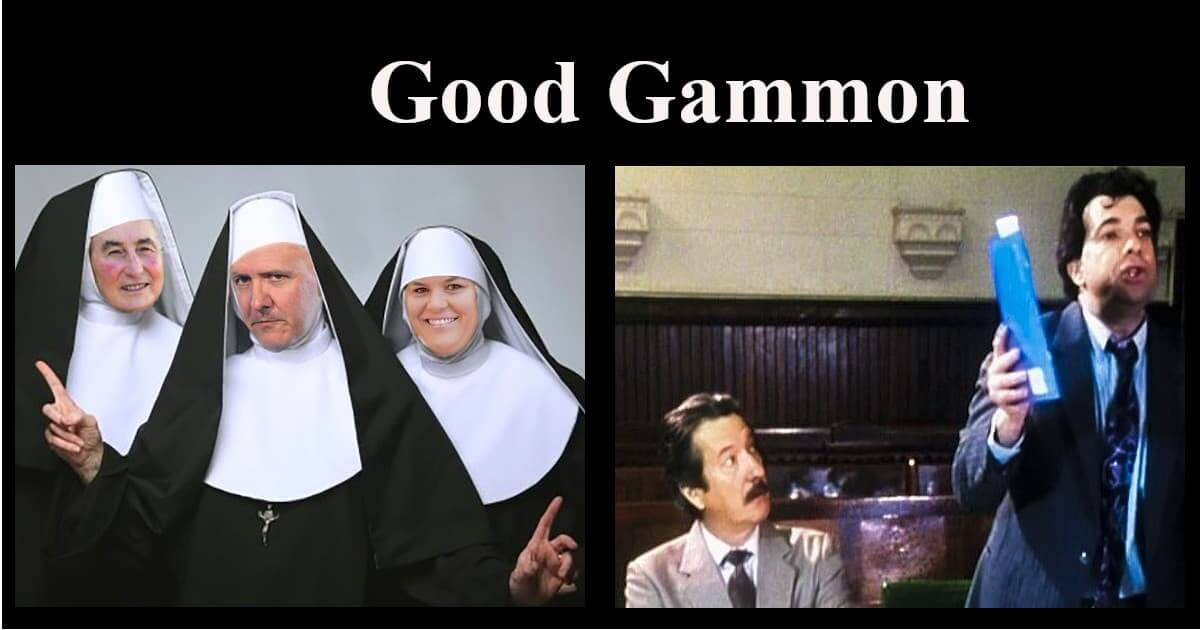 Another week in the Territory and we are now turning our back on the rest of Australia again to snuggle with old easy diseasy Victoria. From the homegrown Darwin Festival to the dickheads who walk among us, to a Housing Minister spinning bullshit like his life, and his political payout, depends on it.

The Darwin Festival announced its lineup which is mostly locals with some performances on the internet machine as well. It is amazing work by the organisers to make it so we have a festival despite what COVID-19 has thrown at them. And a focus on locals is an added benefit.

Having the Darwin Festival despite a global pandemic is good.

The threat from bastard COVID from others states is serious. The Chief Minister Michael Gunner at a press conference this week (which was held inside so the bigger threat to the Territory, the bastard NT Independent could not attend) implored people to “get back in the habit”. That is the coronavirus precaution habit. But it did make Good n’ Gammon think of our favourite movie Sister Act 2: Back in the Habit and we made the below graphic as a tribute to those who are SLSJ (saving lives, saving jobs). 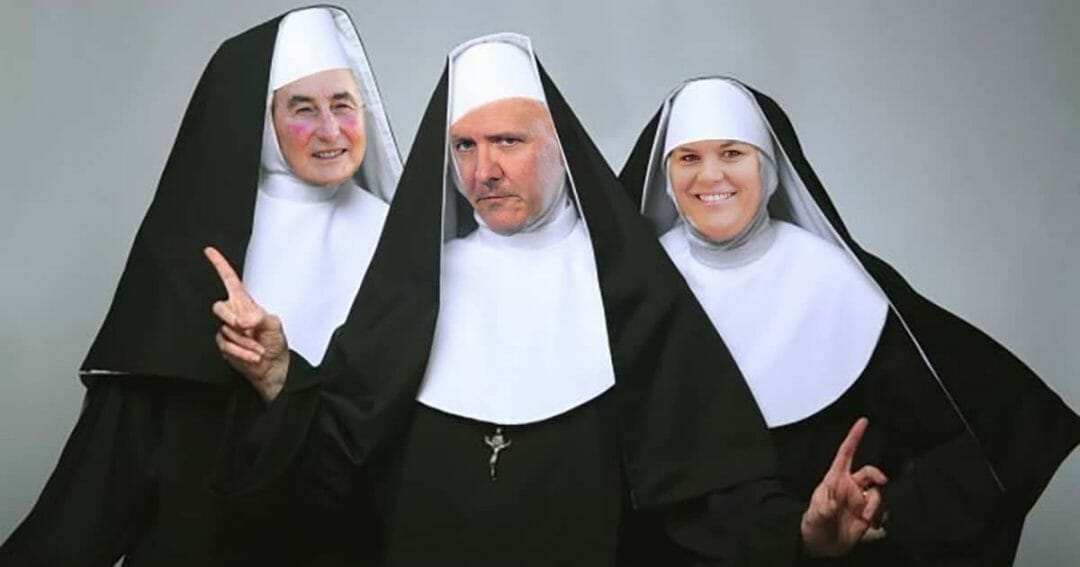 “Now listen, I know you’ve got to think about your image, cause image is important to you, because of course your friends are gonna dictate your actions through the rest of your lives, and I wouldn’t want you to step away from them and become an individual, that would almost be too much!” Sister Mary Clarence Sister Act 2.

Being back in the COVID-19 precaution habit is good.

Talking of habits, the Gunner Government just has a habit of finding its way into a fine old muddle. In a story in the NT Government News quoting a source only known as “the NT government”, it was reported that because the NT is not a state it was at a “higher risk of violating the NT Self Government Act” when limiting people coming from other states despite the ACT essentially baring Victorians. Of course this is not true, says George Williams, a leading constitutional expert and the dean of law at UNSW.

We think Gunner Government may have had Dennis Denuto advising it on whether it could shut the border to Victorians. Here we were worried about Dr Hugh Heggie being a political prisoner in a Girraween gulag and raising money to break him free before realising he has an incurable case of Stockholm Syndrome. But we really should have been worried NT deputy health officer Dr Di Stephens who hasn’t been seen since maybe March sometime. What does she know? We fear she has been assassinated because of what she knows.

If you are out there still Dr Stephens, we will avenge you. 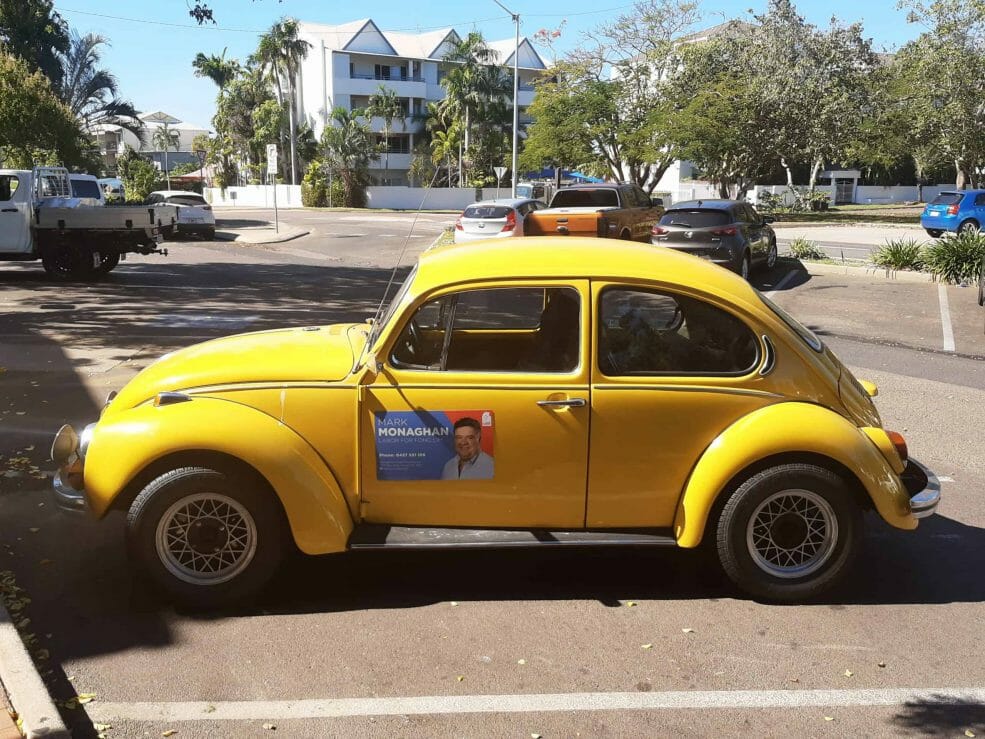 This is one of Labor candidate for Fong Lim Mark Monaghan’s campaign cars. This is a good campaign car.

Territory is for hydraulic fracturing

Fracking has created a little controversy in the NT. A little. We have Terry Mills slip, sliding’ away and Gunner Government giving it the big thumbs up. We have former Dow Chemical CEO and head of the NT Economic Reconstruction Commission, Andrew Liveris, saying NT’s future was dependent on fracking to lift it from rags to riches. While Institute for Energy Economics and Financial Analysis Energy Finance Studies director Tim Buckley said if you look to the US where the industry comes to terms with its financial unviability that recently saw massive write-downs on the value of billions of dollars worth of LNG projects. Now we have the CLP saying they would use fracking as the basis of a Middle Arm “industrial complex” where companies could manufacture rope, pharmaceuticals, glue, ink, luggage and a number of other products that are primarily made cheaply in China. 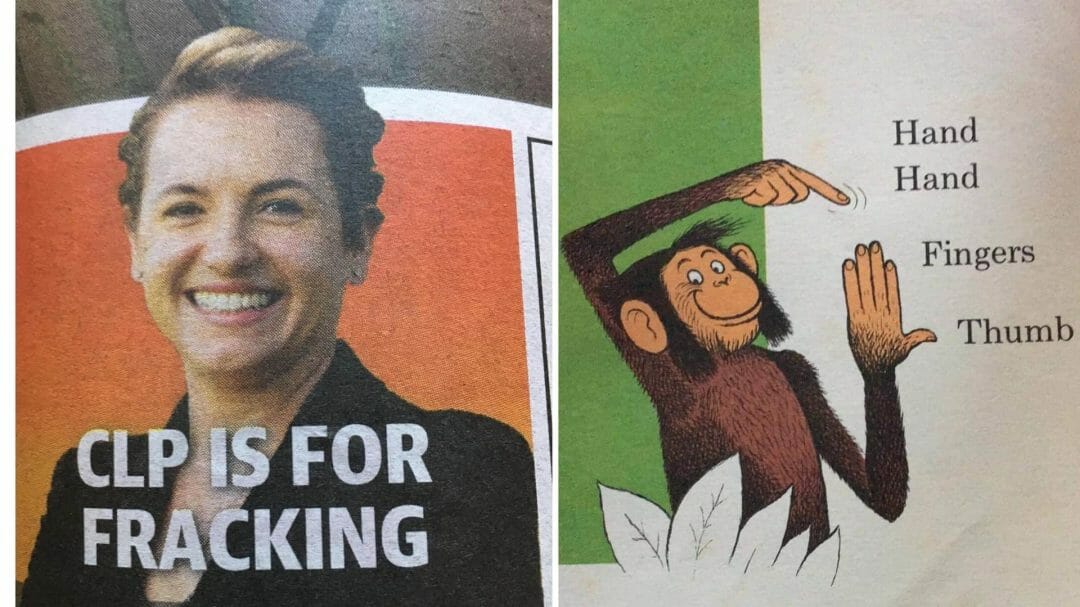 Pool is for swimming. Church is for praying. Car is for driving. Fracking is for bankruptcying.

G is for gammon. And the monkey has our vote, in fact the monkey may be our only hope. At least the monkey knows what he’s f**king talking about.

Can’t he be all of them?

A few people on the NT Independent’s Facebook page have had some cracks at the this paper’s publisher Owen Pike, calling him among other things a dickhead and a flog.

Being a dickhead and a flog is gammon.

It takes some effort to make it into this column two weeks in a row. We salute you federal Member for Solomon Luke Gosling for the sterling effort. He gets a guernsey for adverting his new ‘newspaper’ in the NT Government News. 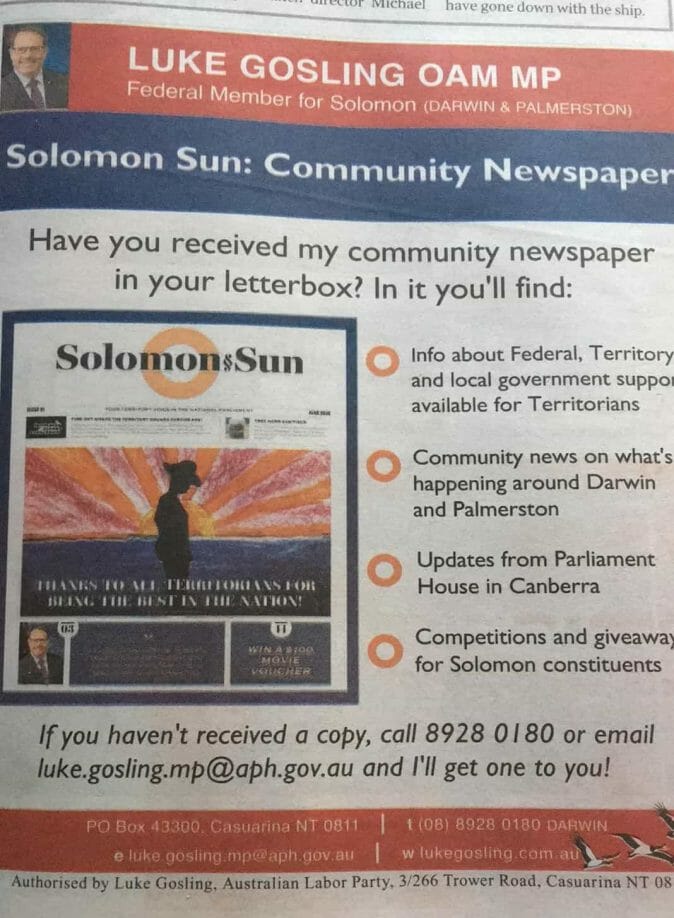 Housing Minister and retiring MLA for Barkly took to the pages of the NT Government News to spruik how good the Government’s Room to Breathe Indigenous housing program was going and how it was on track (you can read here the NT Independent’s coverage showing why it is far from good). The only problem with this is a little thing called facts. The Auditor General Julie Crisp wrote in a June report the Government cannot properly “assess whether its objectives are being achieved economically, efficiently and effectively”. 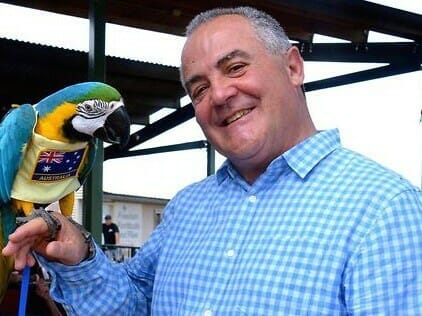 Housing Minister Gerry McCarthy pictured here with the executive he is using to run the Room to Breathe program.

We will get nowhere in the NT when ministers cannot take responsibility for appalling failures but do the exact opposite and try to spin the unspinable with a friendly media outlet. The best he could do was: “I am not deterred by early administrative issues as our program is making tangible changes to the lives of our most vulnerable Territorians and that’s something our Government is proud to have achieved over this term.” Unfortunately for old Ger, in June, remember this is last month, Ms Crisp wrote: …”serious changes are desperately needed if it wants to effectively deliver the program”. Imagine how bad something would have to be going for the minister – who gets to wander off into retirement land after the election – to consider it not on track. So spare us the bullshit Gerry. An attitude like yours means you are not even the second best Gerry in Territory parliament.

G is for Gerry and for gammon and this is utter Buljit.