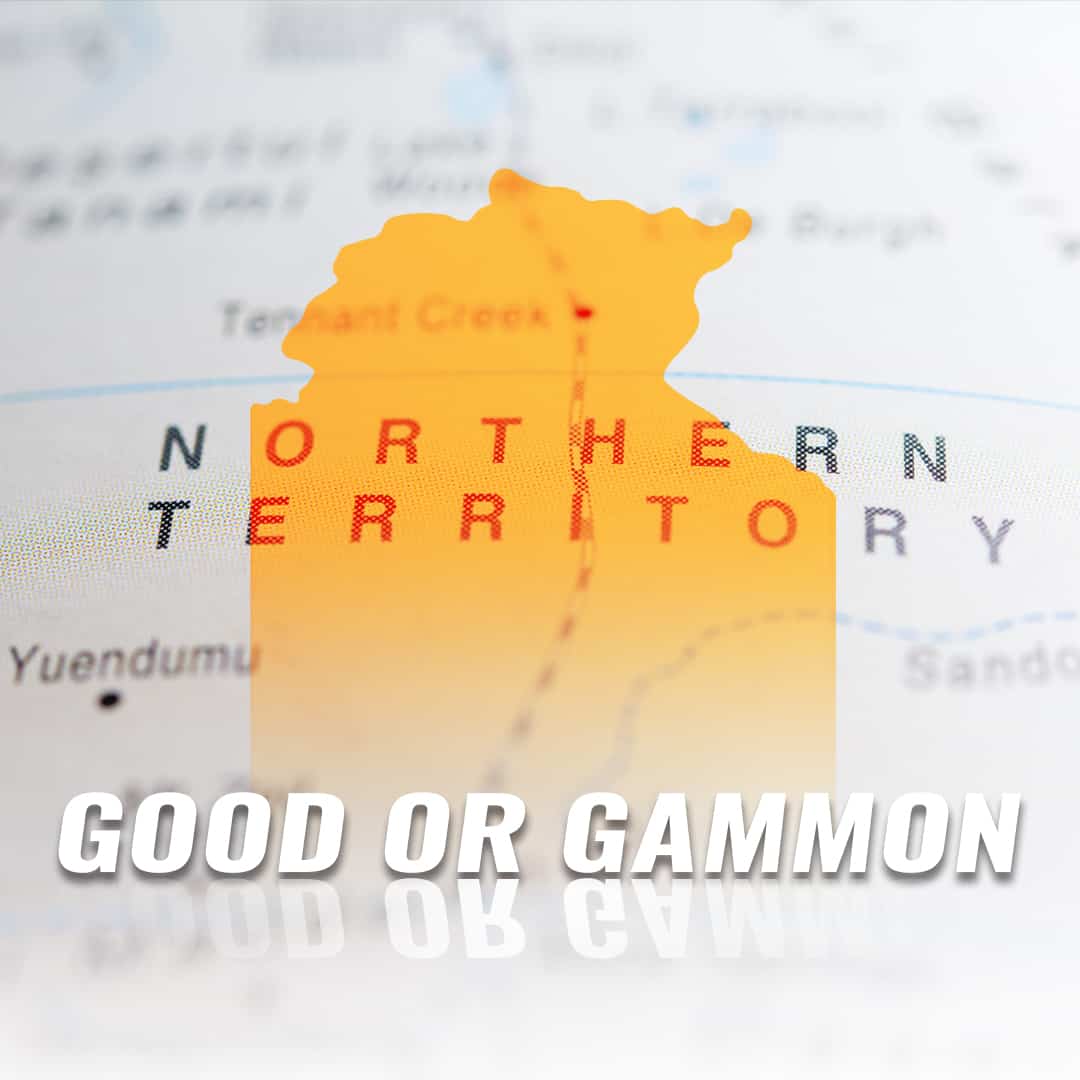 It has been a big week in the Northern Territory and plenty of good things and very, very gammon things.

Not embarrassing at all

So the government recalls parliament during a global pandemic so MLAs could argue for twenty or so minutes over who hates dogs but somehow there is no time for Question Time. Keep it classy NT Legislative Assembly, we know we are in safe hands.

Not being able to not devolve into petty nonsense is gammon.

On Facebook this week a Pattemore Constructions employee made reference to conversations had at work. They said… “Once all the restrictions are lifted there should be an ‘Essentials Week’. Those who kept working through the pandemic take a week off and spend some of their earnings in the businesses that were forced to close,” the post read.

The potential for even happier endings is good.

There have still been no recorded cases of community spread COVID-19, and no new recorded cases in more than two weeks in the NT, in part because of the efforts of the NT Government.

No news cases of COVID-19 is good.

He has hit peak fitness

Former Labor minister and member for Johnston Ken Vowles had this for sale on Facebook. We presume now he is no longer in official war with the Gunner Government, he can lay off the heavy workout regime. No more rowing furiously to Eye of the Tiger before breakfast.

It’s good to see Ken in a more zen place. It’s also good to see someone can pick up a bargain rowing machine albeit one with plenty of kms on the clock.

Fuel prices on the east coast have plummeted and yet the NT is still being asked to shell out bulk cash. In some places in Australia unleaded has dropped below $0.90/litre, while in some remote parts of the NT it’s up to $2.40.

Paying so much for fuel is gammon.

On his last warning

The writing style of David Wood continues to be a hot topic. This week a prominent Darwin restaurateur, who will remain unnamed, was overheard at the Deck Bar area referring to Wood’s penning as “gobbledygook”.

David Wood’s writing is certainly gammon. But referring to his writing as gobbledygook is good.

A friend with weed is a friend in deed

It seems not even recreational drug users are immune to the Rona crisis. Sources in Central Australia say the lack of marijuana flowing into Alice Springs from down south is significantly concerning local pot smokers.  A small shipment did make its way into the town recently from interstate and sources assure the NT Independent the supplier followed proper protocol and self-quarantined for 14 days.

A lack of drugs is good for the cops but obviously weed smokers reckon it is gammon.

Going straight home to your family after work

It seems like somewhere around the turn of the century that pubs closed. It may be closer to 40 days but fair suck of the sauce bottle.

Not having pubs open, especially on a Friday, is gammon.

Technology from the early 90s

There is what seems a permanent “glitch” on the NT Government tenders website that it does not show up which companies applied until mid afternoon the day after the tenders closed. And everyone just accepts it.

Being satisfied with crap technology from government is gammon.

Finally equality in the dictator world

There have been news reports that on Kim Jong-un’s death his sister Kim Yo-jong could take over. It is great to think that a female could be about to break through the dictator glass ceiling. As an aside, the North Korean government has banned the NT Independent from going to its press conferences, just like the NT government.

Female equality in the world of murderous dictatorship is good.

And then there is this