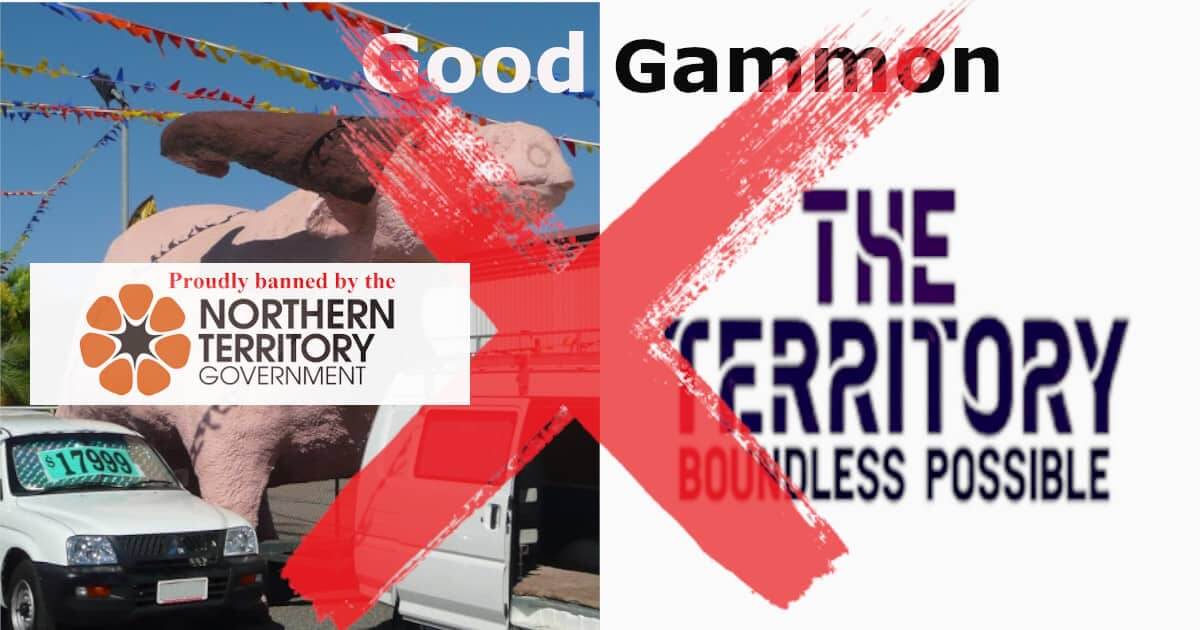 Another week and becoming less like the rest of Australia all the time. From a government stripper stimulus program to the Chief Minister finding his safe place away from pesky reporters, this is all that is good and all that is gammon this week.

No one left behind

The Gunner Government announced $5 million worth of tourism vouchers that must be matched by punters to use. It will be a small financial aid to the $2.2 billion industry. The NT Independent has also been made aware, by our parish priest or someone, we forget, that strippers and toppies are back at a few pubs. We presume people will be able to use the government and Darwin Council dining vouchers as tips.

Darwin Council’s trial with Neuron Mobility electric scooters is being expanded so people can take them to the casino, Mindil Beach and the George Brown Botanic Gardens. And maybe in the future to East Point. This is a win for the lazy bastard in all of us.

Expanding an easy way to move around the city is good.

NT News journalist Will ‘The Zwar’ Zwar found himself on Nine News, caught mid interview with some deep throat sources in some bar or other in Darwin. It shows deep dedication to his craft.

It is good to see some undercover reporting going on in this joint, can’t wait to read the expose.

Football Federation Northern Territory Premier League last week was the first sport in Australia to have crowds since the COVID-19 pandemic. It also made news in an almost double page spread in the Italian national sports rag Corriere Dello.

Is is good and fitting that Darwin Premier League is on the world stage.

At Palmo Golf Club, Tony Albon has been playing golf wrong handed with an injured wing in a sling, and shooting under 100.

It is good to make everyone else look bad.

You may have noticed on Thursday, the Chief Minister Michael Gunner, dubbed on Facebook by one as Chairman Open and Transparent, did the Harold Holt when he found out the NT Independent was standing on a public wharf armed menacingly with a voice recorder and a camera. Just as it should have been starting, and with the Chief in his car on the wharf, he moved his press conference to Parliament House to the shock, yep shock is an appropriate word, of the assembled media. NT Independent was the only media outlet on the wharf who were not on the invite list to the Parliament presser. They must have lost our email address. Just for the record Mr Gunner it’s [email protected] if you want to invite us to press conferences or perhaps become one of our many whistleblowers.

It is good the Chief Minister has a safe place. But gammon that he fled like a coward rather than provide answers for Territorians.

We, the peddlers of hate

One of our many fans, and an ex-journo took to Twitter, the home of rational debate, to say she had read our website and agreed with the Chief that we are an outlet that ‘clearly peddles hate’. Unfortunately that is not what he said. Officially by government decree we are a “web page sponsored by a hate page”. Perhaps this person, (1) needs to reproduce the comments of the Chief Minister accurately, and (2) take some notice of the president of the national media union who publicly stated the NT Independent is run by respected journalist Chris Walsh with an independent editorial policy and union members who respect its Code of Ethics. So by association she is accusing the national journalism union of supporting hate speech, which is a big call.

It really goes without saying it is gammon that anyone believes we are a website peddling hate speech.

Were they or weren’t they?

We were pretty sure the NT Government News were at that press conference too but we must have been wrong because we opened the paper to find no mention of any egregious breach of the freedom of the press and because they seemed pretty concerned about press freedom when it related to them on Monday, but by Thursday it was no longer important. Perhaps when it comes to helping crush a competitor, principles that are the foundation values of their industry don’t matter.

It is good News Corp know when press freedom is important and when it is not.

“Run, and you’ll live… at least a while”

The William Wallace award this week goes to spin diva and head of communications for the Chief Minister Maria Billias, who oscillates between being a vocal and passionate defender of press freedom, and then not even understanding the concept. So while she did not massacre English, she murdered the spirit of important words. She put words about press freedom in a sack and chucked them in the river.

“But when politicians or their minions personally attack journalists for doing what they are supposed to do — ask questions and hold to account those elected by the people to the highest office — they have already lost half the battle,” Ms Billias wrote back in the more convenient time for press freedom for her (between working for Labor Governments) in 2016.