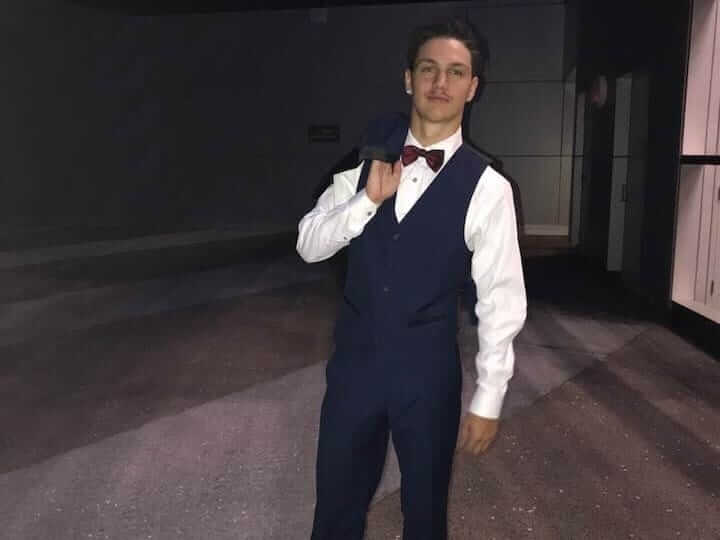 An apprentice electrician who king hit a man as part of a vicious gang-bashing outside of a popular Darwin nightclub last year has escaped jail.

Alvaro Sabino, 20, was one of five co-offenders involved in the cowardly attack on March 17, 2019 which knocked the victim unconscious and left him with a fractured jaw, knocked out teeth and a burst eardrum.

The NT Supreme Court heard Sabino had been at Discovery Nightclub with a group of people before the altercation took place outside the old Ducks Nuts building on Mitchell Street at around 4.30am.

The 20-year-old victim was attempting to defuse a confrontation between his friend and members of Sabino’s group when the apprentice electrician “unbuttoned (his) shirt and prepared to fight”.

After another co-offender punched the victim twice in the face, Sabino attacked from behind and punched him three times in the back of the head.

This caused the victim to eventually stumble to the ground, where he was assaulted by other co-offenders who unleashed a series of vicious kicks on him.

One of the kicks to the victim’s head caused him to lose consciousness, while another co-offender unleashed a final sickening kick to the face while he was still unconscious.

Justice Graham Hiley said the victim remained unconscious in the middle of the road for some time following the attack.

“Eventually, he regained consciousness and was assisted by a friend to get to his feet … as he regained his footing, he spat out teeth and blood from his mouth,” he said.

The court heard the entire incident was captured on CCTV and mobile phone footage filmed by other bystanders.

Following the attack, some of Sabino’s co-offenders posted a series of Facebook statuses “congratulating each other over the bashing”.

The four co-offenders were arrested almost a week later on March 22 before Sabino was later identified for taking part in the bashing.

Justice Hiley said Sabino’s decision to attack the victim from behind was a “very cowardly step”.

“Because you punched him, having come from behind, he would not have had the opportunity to see you coming or chance to avoid you or to otherwise defend himself.

“That was particularly cowardly behaviour on your part.

“You then punched him again …you must have punched him fairly heavily … that rendered him more vulnerable to the further assaults by your co-offenders.”

The court heard Sabino was extremely remorseful for actions and had a positive reference from Territory Alliance leader Terry Mills, who knew his family.