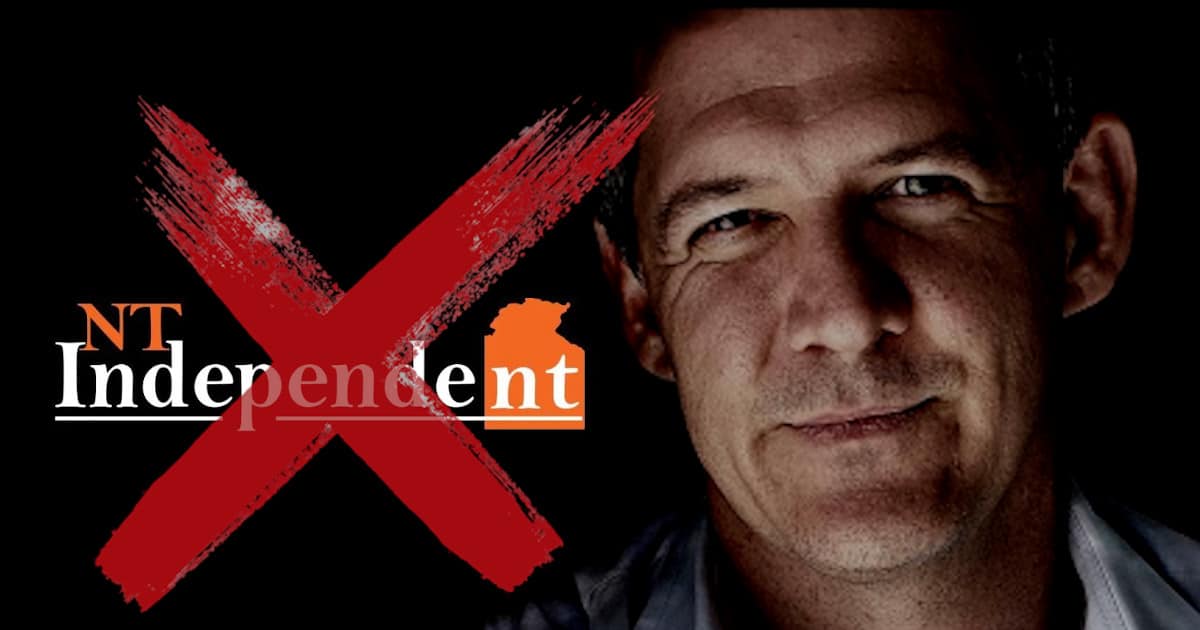 EDITORIAL: Chief Minister Michael Gunner’s duck and run when confronted by this newspaper yesterday shows he is unable to weather the accountability that comes with being in office.

The NT Independent has run investigative articles this week about Mr Gunner’s secret deals in China that the government continue to refuse to explain.

When he saw the NT Independent at a press conference yesterday, he called it off and retreated back to the bunker that is Parliament House where he knew he would not face tough questions from this newspaper.

Here are the questions the NT Independent was going to ask about Mr Gunner’s dealings in China:

Mr Gunner has so far refused to answer these questions when put to him in writing.

Instead of being a leader and facing scrutiny, our Chief Minister fled accountability in front of every other media organisation in the city and got away with it. For now, anyway.

Think about that for a moment. A sitting government leader being too scared to answer one media outlet’s questions and choosing to flee rather than provide Territorians with answers about his dealings.

Mr Gunner can run but he cannot hide forever.

The media’s right to ask questions of elected representatives is crucial to the function of our democracy.

Even Mr Gunner’s communications director agrees with this fundamental point.

Two weeks out from the 2016 Territory election Maria Billias wrote in an NT News column that “reporters should be able to (ask questions) free of accusations”.

Ms Billias, who worked as a columnist between government gigs, added that journalists needed to ask questions to keep governments accountable.

Here’s more of what Ms Billias had to say about poor governments that blame the media for their problems and refuse to be honest:

“The ‘blame the media’ public relations strategy has always rankled me. It’s the avenue of the lazy. The beaten. Those unwilling to weather the accountability that comes with being in public office.

“An ideal world for politicians would be a media that existed only to serve ideologies and deliver their carefully constructed message. A media where stories, broadcasts and even questions are pre-approved by minders.”

Yesterday’s performance by the Chief Minister was a sad display of leadership befitting a communist state.

The free press is not just the concern of journalists, it’s about everyone’s right to know what the government is doing.

The NT Independent takes this seriously. It’s been our main motivation for bringing you the investigative stories you won’t find anywhere else in the Territory.

We remain committed to that and we will continue to hold the government accountable and expose their secret deals – despite their attempts to escape accountability.