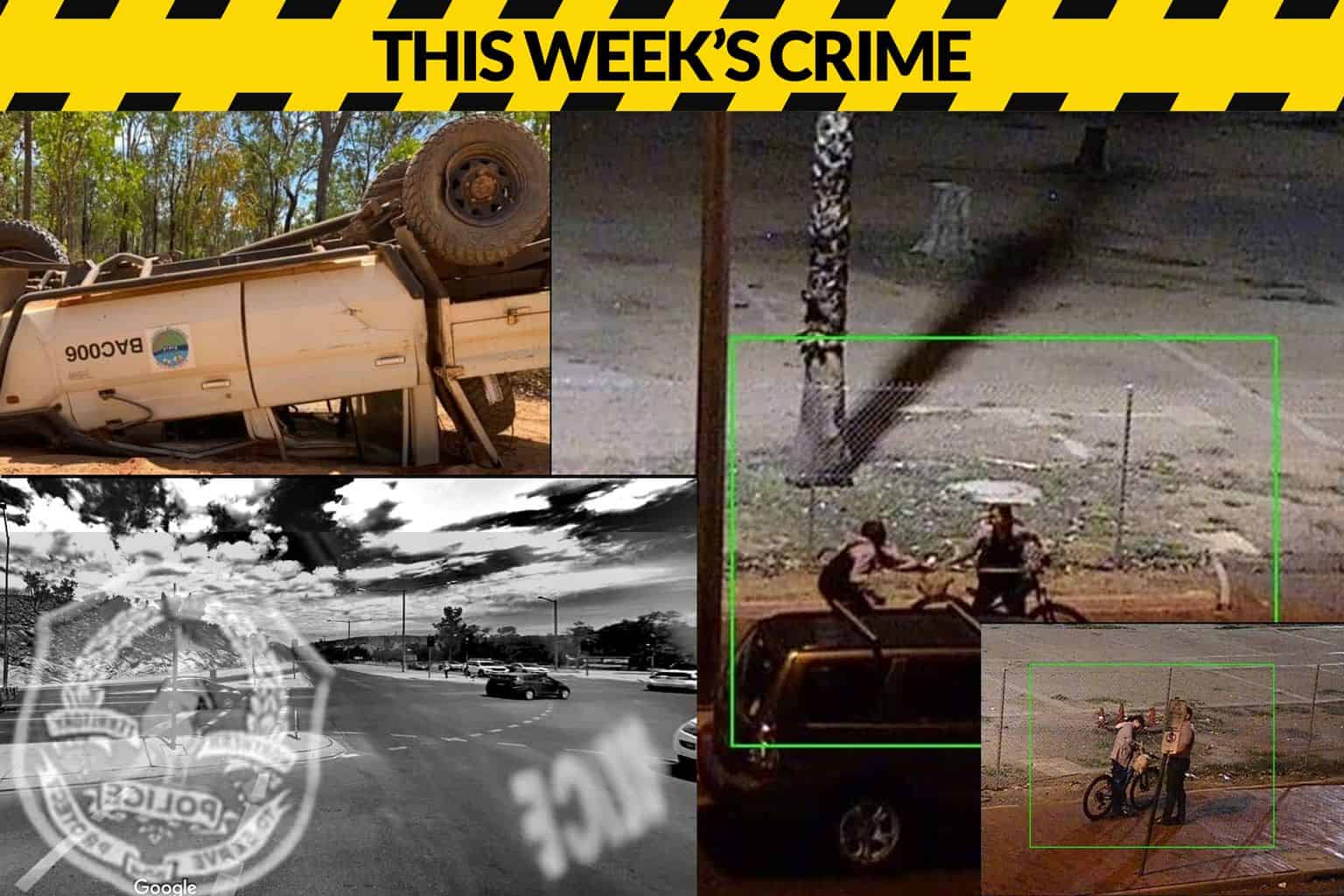 From a motorcyclist who died in the hospital after being hit by an allegedly stolen vehicle occupied by a group of five youths in Alice Springs, to a 51-year-old man who pleaded guilty for grooming a young girl for a sexual relationship, to a man placed behind bars for luring and attempting to rape a German backpacker, and to an intoxicated man jailed for brutally attacking an Irish woman. This is what the NT Independent reported on in cops, crimes, and court over the past week.

A 27-year-old man will spend 16 months in jail after pleading guilty to a horrific attack that forced an Irish female working in the remote Indigenous community of Peppimenarti to fight for her life with a softball bat.

Devan Hodgson was facing a maximum prison sentence of 20 years as his case was heard in the Supreme Court of the Northern Territory last week, but a guilty plea saw a significantly reduced sentence.

In handing down his sentence, acting Justice Dean Mildren told the court the victim has since left the community and “has trouble being alone in her apartment”, after Hodgson broke into her house just before 5am on Friday, January 10 of this year.

An Alice Springs motorcyclist who was struck by an allegedly stolen car last week has died in hospital, NT Police have confirmed.

47-year-old special needs care provider Shane Powell was left in critical condition after being hit by the allegedly stolen vehicle occupied by a group of five youths and was on life support for the last week until it was turned off today.

The incident has become a flashpoint for the town of the out-of-control crime in Alice Springs that has greatly upset many in the community, with news of the death of Mr Powell reaching the floor of Parliament Thursday afternoon.

Authorities are looking for a group of Alice Springs teens captured on CCTV allegedly attacking two female tourists and a woman on a bike overnight.

Northern Territory Police have released images from CCTV footage in an appeal to the public for more information.

A stranded fisho has been rescued on an Island in Nhulunbuy after his boat drifted five nautical miles while he was taking a toilet break, NT Police said.

NT Police Northern Watch Commander Bruce Payne said the 26-year-old fisho docked on an island to take a toilet break and didn’t notice that his boat had floated away.

No courts, no detention under bold idea to tackle the NT’s escalating youth crime

Youth courts as Territorians know them would be abolished, detention centres replaced with boarding schools and Indigenous Elders put back in charge of administering justice, under a bold new plan to address the NT’s consistently high crime rate.

Carol Pettersen, an Albany Nyoongar woman and National Elder of the Year in 2008, has spent the past decade developing the plan with the CEO of Deadly Guardians, Keith Gregory.

The ambitious plan has been raised with Federal Minister for Indigenous Australians Ken Wyatt, but could still be a while before being adopted by the NT Government.

‘Cunning and predatory’: 22-year-old sentenced to prison for attempted rape of German backpacker

A man who lured a 19-year-old German backpacker into a dark carpark on Smith Street and attempted to rape her has been sentenced to prison for three years and 10 months in the Northern Territory Supreme Court in Darwin.

The teenager was left with scratches on her face as she tried to escape from the strong hold of Curtis Tipungwuti on August 11, 2019.

A 30-year-old man has been arrested and charged following two incidents of indecent assaults on a young girl and a woman Tuesday morning in Katherine.

NT Police Watch Commander Siiri Tennosaar said Katherine police apprehended the man a few hours after reports of the incident with the help of tips from the public.

Three teenagers have been arrested for allegedly stealing three vehicles from an Indigenous corporation and damaging them beyond repair, including rolling one onto its roof in Maningrida, NT Police said.

The Bawinanga Aboriginal Corporation reported to thefts and damage over the weekend via social media.

Police said on Tuesday that the three teenage males forcibly entered the business premises at around 2:00am on Sunday, where they allegedly caused property damage before taking the keys to the vehicles.

Police are calling for witnesses to an alleged indecent assault of a young girl in Katherine, which may have been committed by a man who “approached” a woman in the main shopping centre carpark on Tuesday morning.

NT Police media manager Rob Cross said the man allegedly approached a young girl as she was riding her bike along an alleyway behind Frangipanni Court in Katherine about 9:30am Tuesday.

The man attempted to touch the girl inappropriately before she was able to escape and run home for help, Mr Cross said.

A 24-year-old female and two pedestrians are dead after three separate road crashes across Darwin in a “tragic and busy week” for NT Police.

Two more youths have been charged following an alleged hit and run in a stolen vehicle in Alice Springs on Thursday night where a motorbike rider was left in critical condition at Royal Adelaide Hospital, NT Police said.

A 15-year-old boy and a 19-year-old man were arrested on Friday and Saturday, joining three other teenagers, after a 47-year-old male rider was hit just after 10pm on Stott Terrace towards Larapinta Drive, NT Police media manager Rob Cross said.

Man jumps from ferry after allegedly attacking another passenger

A ferry passenger had to be rescued from the coast of the Beagle Gulf after he allegedly attacked another passenger then jumped overboard the vessel, NT Police said.

A man has been sentenced to three months house arrest after pleading guilty to sending sexually explicit pictures to a 14-year-old girl, in what a Supreme Court Judge described as an attempt to groom her for a sexual relationship.

Geoffrey Anthony Cusack, 51, pleaded guilty in the NT Supreme Court in Darwin to one count of intentionally exposing a child under the age of 16 years to indecent photographs and one count of possession of child abuse material.

Major Crash Investigation Unit detectives have charged a 17-year-old male for being under the influence of drugs, among other charges, over a crash that killed a woman on Saturday.

NT Police media manager Rob Cross said in a statement the crash on McMillans Road at Knuckey Lagoon resulted in the death of a 24-year-old female.