Man jumps from ferry after allegedly attacking another passenger 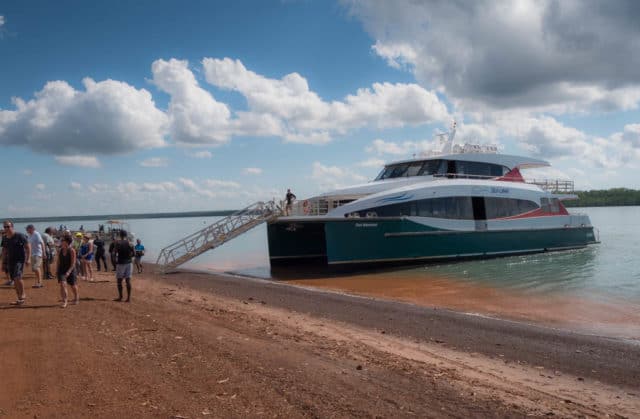 A ferry passenger had to be rescued from the coast of the Beagle Gulf after he allegedly attacked another passenger then jumped overboard the vessel, NT Police said.

“A 34-year-old male has been arrested following a disturbance on a ferry travelling between Darwin and Bathurst Island,” Senior Sergeant Tennosaar said.

“Police were alerted to the incident just after 4pm [Sunday] with ferry staff reporting the male had assaulted another passenger and then himself jumped overboard.

“The male was retrieved from the water before our police vessel arrived and took him into custody.”

Snr Sgt Tennosaar said the man has been charged with aggravated assault and causing substantial annoyance and has been bailed to appear in Wurrumiyanga Local Court on Tuesday.

She said details around the reason of the commotion is under investigation.