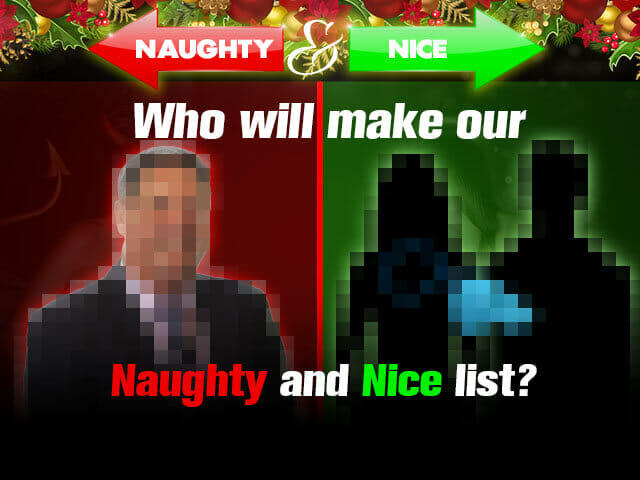 Today, we have the uncelebrated people trying to make the Territory a better place, versus a man who had a very public fall after looking after his business at the expense of taxpayers. Whistleblowers are the literal secret answer in the short term at least, to turning the Clown Town culture of corruption, collusion, mismanagement and incompetence around. We need more people to come forward and tell the rest of the NT what is going on inside the bowels of government, the public service, with government grants and the awarding of government contracts.

The NT Independent has written some of our most powerful articles this year on the back of whistleblower information including: the Darwin Turf Club scandal; Labor’s cocaine sex scandal; the Batchelor Institute investigation; the Department of Chief Minister recruiting procurement scandal; the Willing gin distillery fiasco; the failings in the Police College; the death of an Aboriginal man in Darwin prison; and our series on the NT Police executive’s suppression of sex crime information, among others.

Unfortunately, there is a culture in the NT encouraged by some of the most powerful people, that work against the release of important information, and threaten whistleblowers.

As an example, last year the NT Independent reported leading corruption and integrity expert with Griffith University Professor AJ Brown saying an NT Supreme Court decision to force the Independent Commissioner Against Corruption to reveal a whistleblower’s identity would have a “chilling effect” on future disclosers looking to expose corruption.

Although former Commissioner Ken Fleming had called for strengthening whistleblower legislation in his annual report in 2019, also told Estimates hearings this year he would investigate a whistleblower from inside his own office, and cross-examined a journalist to try and reveal their source.

While the NT News and News Corp in league with disgraced Darwin Turf Club chair Brett Dixon ran a campaign to try and unearth whistleblowers to the NT Independent.

Police Commissioner Jamie Chalker jumped aboard that train, after being asked to by Mr Dixon – a man ICAC suggested Mr Chalker might want to investigate – and publicly announced he was going to investigate how the NT Independent obtained certain information that showed wrongdoing inside the Turf Club. And then there was that text message by NT News former editor Matt Williams promising favourable coverage about the grandstand scandal that no other media outlet wanted to report.

Chief Minister Michael Gunner inexplicably weighed in and said allegations by Mr Dixon of “apparent leaking” of confidential ICAC evidence must be investigated.

Let us remind you, dear reader, the allegations came from a man who just had serious adverse findings made against him by the ICAC.

Mr Chalker had a second crack, publicly saying he was also investigating how the NT Independent obtained information about the suppression, slow release or outright omission, of vital sex crime information to the public.

If leaders spent more time addressing what was going wrong within their own organisations rather than trying to publicly out and punish whistleblowers, we would have a healthier Territory.

For those about the whistleblower, we salute you.

Send us you tips to [email protected], or to any journalist you trust, and let’s clean this joint up. 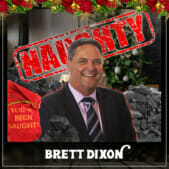 Darwin Turf Club chairman Brett Dixon was removed from the role in August by the club’s membership in a resounding vote that saw him place last in a field of 18 vying for positions on the new board.

Mr Dixon had spent weeks pleading his case to members through various emailed statements, public and private personal appeals and commencing a legal challenge of the ICAC’s corruption findings against him in the Supreme Court.

The vote for new directors was necessary after the majority of the board resigned at the request of Chief Minister Michael Gunner following the release of the ICAC report into the $12 million taxpayer-funded grandstand debacle that raised corruption issues around Mr Dixon’s company Jaytex being awarded the contract to build the grandstand.

The ICAC report said Mr Dixon could be referred to the Director of Public Prosecutions “for the consideration of criminal charges” and to the Police Commissioner. He was also found to have breached the public trust, raising “questions about [his] fitness to hold any office with an inherent fiduciary responsibility” in the future, the report stated.

The investigation also found Mr Dixon’s company Jaytex was given the “inside edge” on the tender, following a secret meeting Mr Dixon held at his residence with Jaytex’s general manager Matthew Moss, Darwin Turf Club CEO Keith Stacy, Concept Designs director George Savvas, and an engineer, the day before Mr Dixon announced to the Turf Club board that the club had been granted the $12 million – and a full month before the project went out to tender.

Both Mr Dixon and the Turf Club are taking legal action in the Supreme Court against ICAC, in a move reminiscent of a former US president who also doesn’t like being investigated and sues to prevent it.