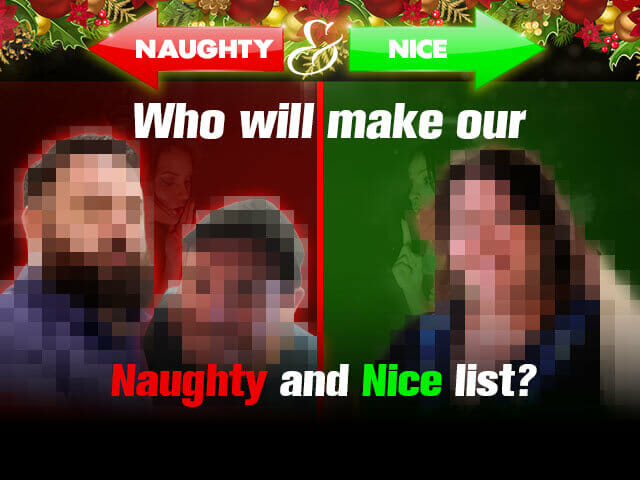 Today, we have the main players of arguably the biggest political scandal of the year. 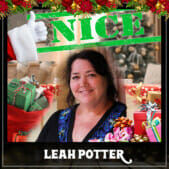 Ms Potter founded the Sunset soup kitchen and goes out on the streets of Darwin CBD most nights with blankets, water and food. Last year she was a finalist in the Darwin City Council Citizen of the Year awards for her community work.

To boot, she won emerging artist of the year at the Top End Comedy Awards in 2019.

A sense of humour is essential in this joint or it would drive you insane.

But unfortunately charity work isn’t sexy news – definitely not as sexy as sex and cocaine – and she is more well-known for a Territory election night liaison with a very big bloke from Palmerston, and former Labor heavyweight Kent Rowe (who has since been committed to stand trial on unrelated historical sex offence charges), which was the genesis of what became known as the ‘Labor cocaine sex scandal’, and later as the ‘so-called cocaine sex scandal’.

Her interview on ABC and Mix 104.9 about her relationship with Labor MLA Mark Turner was the thing that forced him to take to the floor of Parliament and fess up as being the male MLA involved (although there remains no suggestion he used cocaine although he knew of her use), and for Chief Minister Michael Gunner no longer being able to hide behind his line that it was just “internet gossip”.

That should have been the moment that our oversight systems kicked into gear and consequences would flow, for everything from Mr Turner’s lying on the floor of Parliament to Labor’s attempted cover-up of the scandal.

But get out of Disneyland if you think that happened folks, this is the NT. Instead, it was not fully investigated either by the ICAC or by the Labor-controlled Legislative Assembly Privileges Committee.

Anyway, regardless of all the wrongdoing that has no consequences, Ms Potter continues to provide laughs, and food, for people in need. 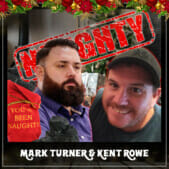 Mr Turner ended up having an affair with Ms Potter – she says he did not tell her he was married – from that meeting, and Mr Rowe had chosen her company on occasions after as well, including exchanging some sexually explicit photos, chats about drugs and even sharing a painting of a dead dog (we couldn’t make this up if we tried).

The so-called cocaine sex scandal began to break in February, with a reference in a gossip column on a Sunday, which was based around that election night sleep-over, and alleged cocaine use (but not by Turner).

It was initially dismissed by the Chief Minister as just internet gossip, but his communications director Maria Billias had been sent an email from the NT Independent outlining allegations and describing explicit messages between the three on the Monday. Instead of responding, Mr Gunner continued to say in Parliament on the Tuesday there was no evidence, later blaming a “server fault” for his comms director not receiving the email.

Mr Turner was forced to explain himself in Parliament after Ms Potter’s radio bomb. Then, after media reports revealed explicit text messages that showed he had left key details of his extra-marital affair and Ms Potter’s alleged drug use out of his speech to Parliament, Mr Turner was kicked out of the Labor caucus.

Mr Gunner said Mr Turner had lost the trust of the Labor caucus by making “material changes to the statement that took out some very important denials”, but nothing much came of it, after Young Labor showed they had more sway with the party, who kept Turner in the ranks, embarrassingly rejecting their leader’s call for Turner to be expelled.

Meanwhile, Rowe was forced to resign for not being honest about the relationship with the woman, Mr Gunner has said. They didn’t need his vote and he was dispensable.

Of course, later in the year, Mr Rowe was committed to stand trial on historical sex charges, and Labor has remained silent.

The cocaine sex scandal cover up was no doubt uglier and messier than anything exchanged between the sheets.

Mr Turner remains a member of Parliament and seems to thinks this is all okay for an MLA. As long as he keeps pulling in his taxpayer wage, we guess.

And the Privileges Committee, chaired by Natasha Fyles and also featuring Ministers Eva Lawler and Kate Worden, doesn’t want you to know what happened, why the Chief Minister was involved, and who helped Turner attempt to silence Ms Potter and cover-up the whole scandal. And thus Mr Turner was inexplicably not investigated for misleading Parliament.

Which bit is grubbier? You be the judge.