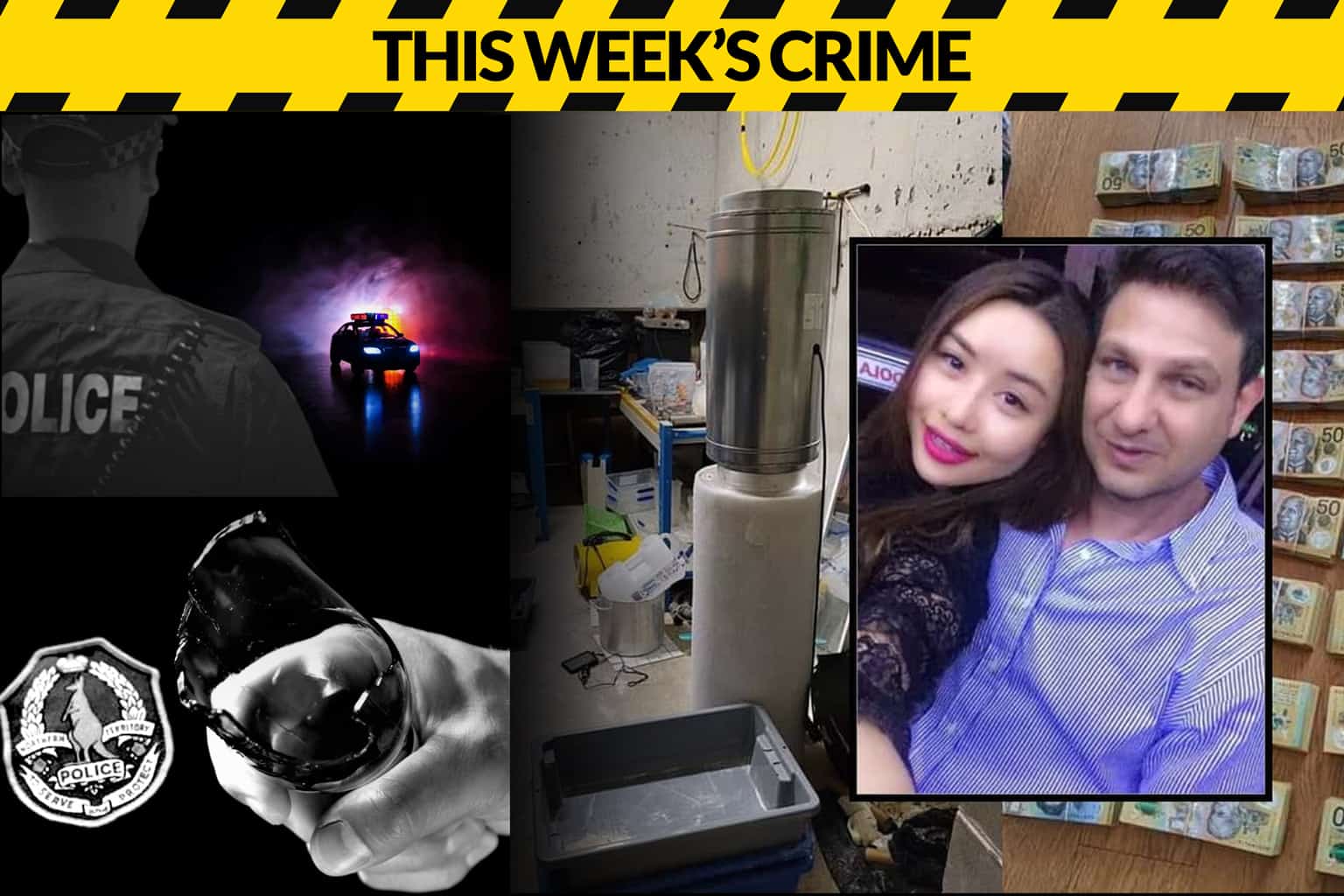 From a former Darwin man and his pregnant partner busted for allegedly operating a multimillion dollar meth lab in Sydney; to a former health clinic worker who savagely bit off a ‘large chunk’ of another woman’s ear using her teeth; and to a missing man found and later charged. This is what the NT Independent reported on cops, crime, and court over the past week. Read them all here:

$5.6m worth of drugs allegedly found by police in cook lab of former Darwin man

A former Darwin man has been charged along with his pregnant partner after NSW Police uncovered a multimillion-dollar drug laboratory and supply operation allegedly run by the couple in Sydney, along with 65kg of silver bullion, 900g of gold bullion, $750,000 cash and 23 boxes of ammunition.

Police raided the apartment of Mario Carnese, 47, and Jung Im Lee, 37, on Nina Gray Ave, Rhodes in the inner west on September 25.

Vehicle rollover near Yarralin kills one, leaves another in critical condition

NT Police are investigating the cause of a fatal vehicle rollover in a remote area south west of Katherine that has killed one person at the scene and left another with critically injuries.

There were three occupants in the vehicle when the rollover happened Thursday night at around 10:24pm near Yarralin community, about 390 kilometers southwest of Katherine, Northern Watch Commander Tony Deutrom told ABC Darwin radio Friday morning.

A source provided the information to the NT Independent about the stabbings, saying the pair were initially stabbed with a broken bottle in the car park at the back of Woolworths closer to the Casuarina All Sports Club, on Tuesday night, before the victims were chased across the car park into the club bottleshop, where the offender tried to stab them again.

A man who walked off from Kings Canyon Resort on Sunday after an alleged fight with another person and who was the subject of a police search has appeared in Alice Springs local court to face charges relating to the alleged fight.

NT Police media manager Rob Cross said police had found Timothy Rodwell, 41, during an air and land search of the Kings Canyon area on Wednesday evening about two kilometres from the resort. It’s understood he was found with the use of a drone.

A 47-year-old man had to be rushed to hospital after he was allegedly struck in a hit-and-run while crossing the Stuart Highway in Darwin Tuesday night, NT Police said.

Police Watch Commander Siiri Tennosaar said the man was crossing the inbound lane of the highway opposite the Buff Club in Stuart Park, just before 10pm on Tuesday evening, when he was hit by a white ute, with the driver driving off from the scene.

A woman who bashed her husband in the head with a rock and later stabbed his girlfriend seven times in the back, shoulder and head – including severing an artery – while she was sitting on a mattress with the man, and who was later sentenced to jail for assaulting her again, has had her latest jail sentence suspended after eight months.

Elvina Beasley, 22, of Ali Curung, was sentenced in the Northern Territory Supreme Court on November 13, after pleading guilty to one count of aggravated assault against her husband on August 23 last year – which carried a maximum penalty of five years in jail – and one count of unlawfully causing serious harm for the multiple stabbing later the same night – which carried a 14-year maximum penalty.

A former health clinic worker who tore off a large chunk of her former sister-in-law’s ear with her teeth during a drunken fight, has been given a suspended jail sentence in the NT Supreme Court, in part because of the birth of her baby and her prospects for rehabilitation.

Sentenced on November 17, 21-year-old Deanna Jordina Slater of Binjari – about 18km southwest of Katherine – pleaded guilty to the aggravated assault on July 13, 2018 in the community and had faced a potential five years in prison.

A 48-year-old tow truck operator was rushed to hospital after sustaining a head injury while trying to recover a cement mixer truck that rolled over at a roundabout in Muirhead, NT Police said.

Watch Commander Siiri Tennosaar said that about 10:15am on Sunday the cement truck driver failed to navigate a roundabout at the intersection of Lee Point Rd and Asche St in Muirhead, leading to it rolling over.