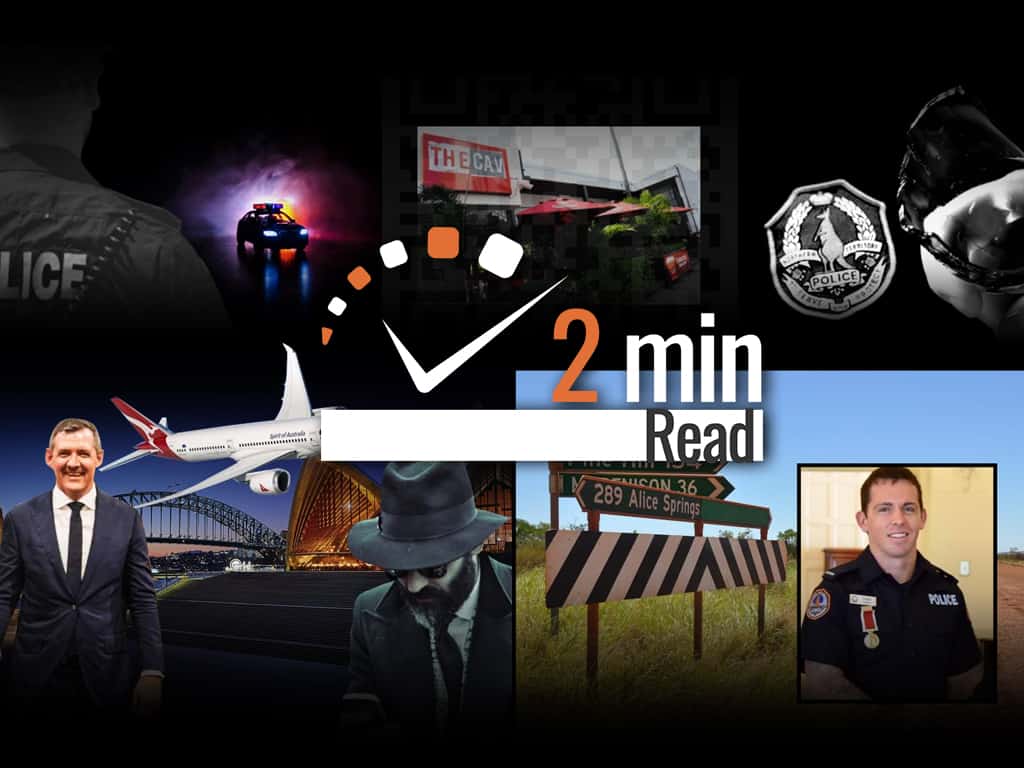 In case you missed it, here’s a two-minute rundown of this week’s top stories in the Territory: From NT Police’s leaked internal memo instructing officers to lie to the public about staffing shortages; to authorities mum on the bloody Casuarina Square stabbing incident; to Territorians being billed for Chief Minister Michael Gunner’s Sydney flight re-booking penalty fees and limo costs; to Zachary Rolfe’s legal team appealing to move his murder trial to Darwin; and to the NT’s COVID-19 contact tracing Quick Response (QR) check-in made mandatory on Monday.

A source provided information about the stabbings to the NT Independent, saying the pair were initially stabbed with a broken bottle in the car park at the back of Woolworths closer to the Casuarina All Sports Club, on Tuesday night, before the victims were chased across the car park into the club bottleshop.

The Office of the Chief Minister released the more complete travel records on Monday, 10 days after the NT Independent first reported on the mysterious trip, and three months after a Freedom of Information application for all documents related to the official travel was first filed.

An application to have Constable Zachary Rolfe’s murder trial moved to Darwin will be heard next month, with details of the reasons for the application suppressed for now.

Rolfe is facing one count of murder for the shooting death of 19-year-old teenager Kumanjayi Walker in the remote Central Australian community of Yuendumu in November last year.

The trial will begin on July 19 and is set to run for five weeks before Acting Justice Mildren.

All you need to know about Territory QR check-in codes

The NT’s COVID-19 contact tracing Quick Response (QR) app will be launched on Monday and will require Territorians to provide their basic information in venues they attend.

The Territory Check In app is the same platform used by the ACT, which has been in use since early September and is also used by NSW and other countries, including New Zealand and South Korea.