Two minute read: The biggest stories that made news II 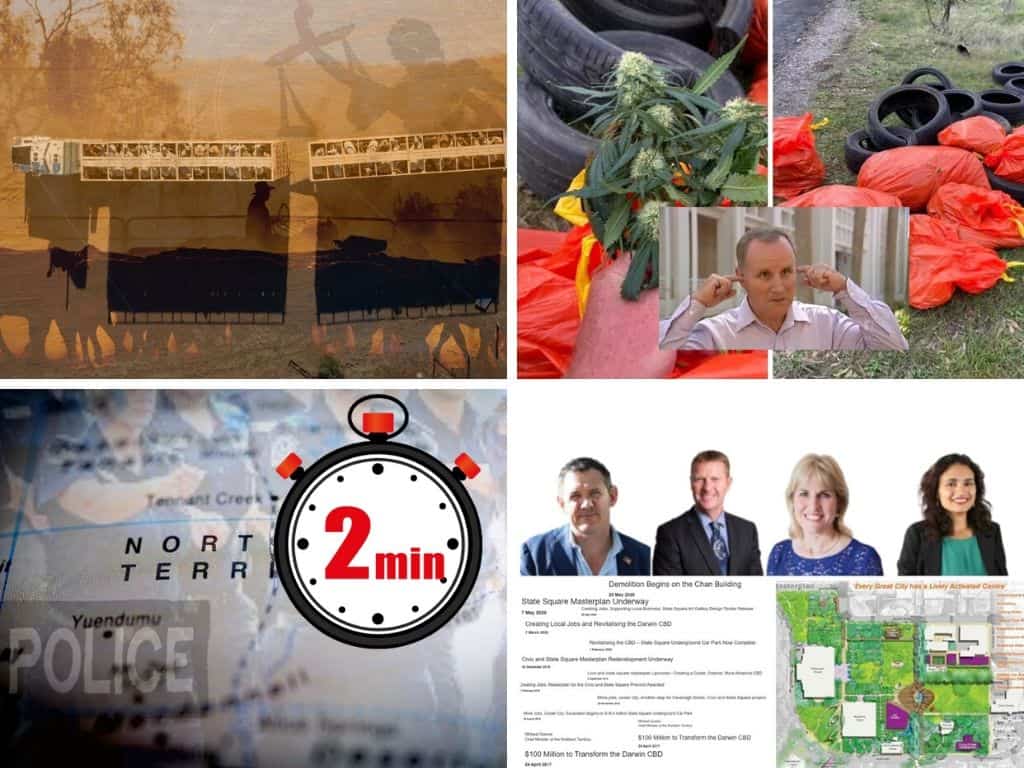 In case you’ve been hiding under a rock over the past couple of days, here are the NT Independent’s most significant stories of the week in two minutes of reading: NT cattle producers in court win; State Square costing taxpayers with no business case; majority of police believe the Gunner Government interferes with police operations; and former Justice Minister continues his crime-fighting crusade with cannabis.

The Gunner Government has only now started work on developing a business case for its flagship State Square redevelopment project – three years after first announcing it and more than a year after commencing works – the NT Independent can reveal.

Before developing a business case for its “critical” State Square project, the government paid $1.5 million to demolish the Chan Building, built a $20 million underground carpark, paid for a $500,000 “masterplan”, and awarded tenders to contractors for a variety of associated works since 2018.

Almost 90 per cent of Northern Territory police officers believe the Gunner Government interferes with police operational matters and are extremely dissatisfied with its current performance, according to a survey released today.

The Northern Territory Police Association’s pre-election survey revealed 86.5 per cent of respondents rated NT Labor’s handling of policing issues over the current term of government as ‘poor’ or ‘extremely poor’.

Former NT Attorney General and Justice Minister John Elferink has continued his crime-fighting crusade while living in South Australia, allegedly uncovering a massive haul of cannabis during a walk near his home.

A poll on the NT Independent Facebook page showed 54 per cent of the 255 who voted wanted Mr Elferink back, but in a limited role, as some sort of vigilante crime fighter.

A freeze on residential and commercial rates and a $25 million redevelopment of Casuarina Pool are some of the highlights of Darwin Council’s record $71.77 million 2020/21 Budget.

OPINION: How not to manage government finances – The case of the Northern Territory

The Gunner Government disclosed it was heading into deep financial difficulty in late 2018 and it’s budgetary track record and cultural problem of spending – now with even greater debt and the COVID-19 crisis to deal with – shows it has no real ability to fix deep government fiscal problems, writes Professor Don Fuller.