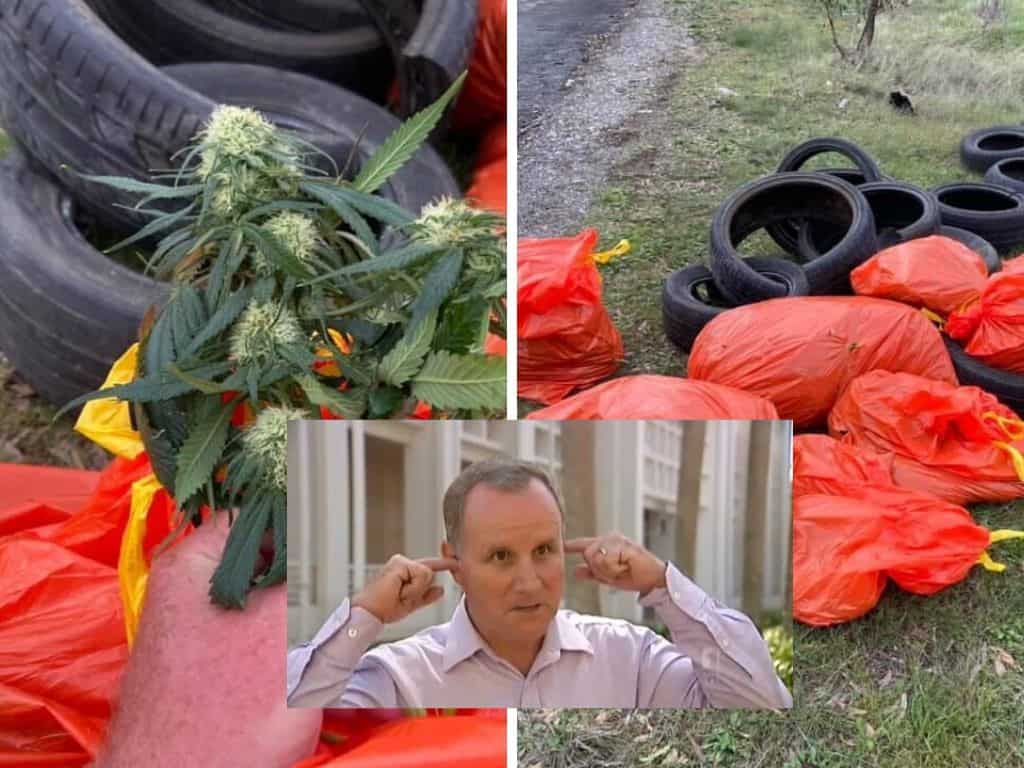 Former NT Attorney General and Justice Minister John Elferink has continued his crime-fighting crusade while living in South Australia, allegedly uncovering a massive haul of cannabis during a walk near his home.

Mr Elferink, who is also a former Territory cop, said he noticed a “familiar shape of a particular leaf pressed up against the inside of the translucent plastic” when inspecting the bags.

“The shape of the leaf is familiar to me because of my occasional relief work in Drug Squad a few years ago,” he said in a Facebook post.

“So I stop and quench my curiosity and open one of the bags. Sure as eggs … goodness me nine full sized garbage bags full lying by the roadside.”

Mr Elferink said it took him two phone calls to the convince SA Police of the find and “even then they still called me back to confirm it”.

During his time as NT Attorney General, Mr Elferink forged a fierce reputation as a justice warrior and performed three citizens arrests during a two-year period.

In 2012, he famously restrained a drunk Irishman who kicked him in the bum during a press conference.

Then in 2014, he made back-to-back citizen’s arrests on the same day, apprehending a man for punching a woman in the face before intervening in another domestic argument at Waratah Oval later that day and detaining another man.

Mr Elferink said he had his own theories on the circumstances surrounding his latest dose of criminal justice, but didn’t point to any firm evidence to back up his conclusions.

“I suspect a dad found his son’s plantation in a back yard and decided to dump it rather than dob the boy in,” he said.

“I’m open to any other speculations to how so much found its way to the roadside.”