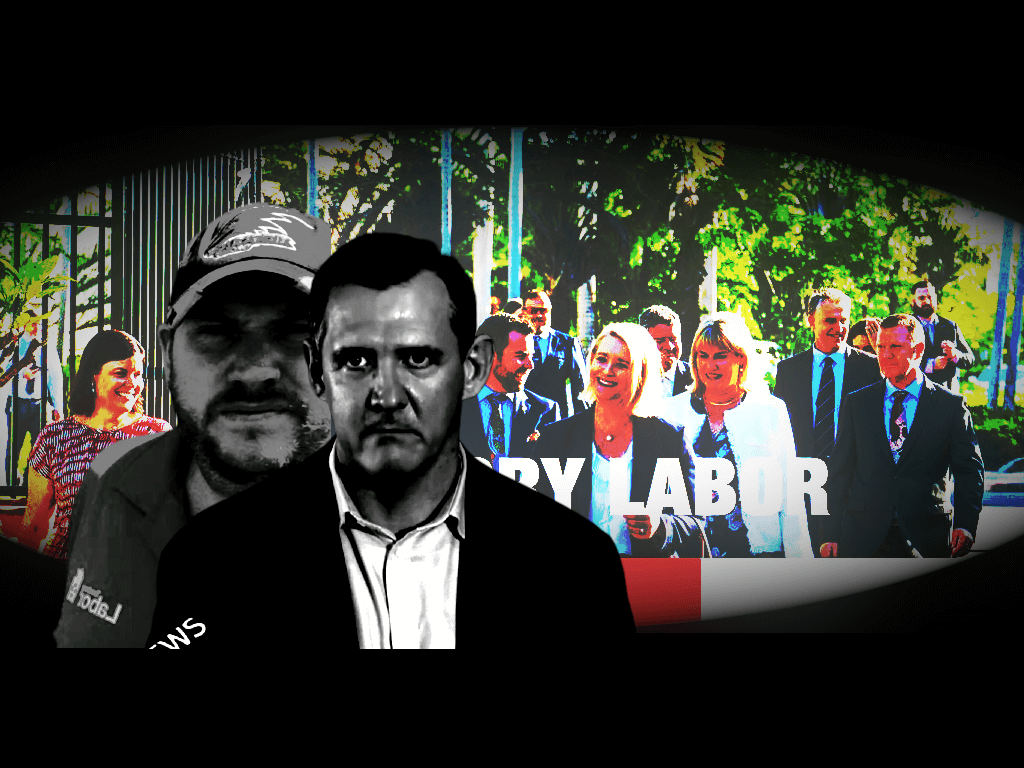 ANALYSIS: The Territory Labor Party’s stinging rejection of an order from its leader has delivered the biggest blow to Chief Minister Michael Gunner’s leadership in four-and-a-half years and has cast doubt over his ability to retain support for the top job.

The party’s administrative committee’s decision last night to keep disgraced Member for Blain Mark Turner in the flock – despite Mr Gunner calling on them to oust him – is unprecedented and a clear sign the party has serious doubts about Mr Gunner’s handling of the so-called cocaine sex scandal and ultimately his ability to lead.

It’s hard to tell what’s going on inside the Labor Party these days, as the different factions seem to have been caught off guard by the scandal, how to position themselves and what the repercussions mean for the future of Territory Labor.

Then there’s the parliamentary wing, who appear more content to hang on to their lucrative jobs than hold the leader responsible for bringing the government and their party into disrepute with his botched handling of the scandal that saw new details emerge on an almost daily basis contradicting his original position.

The scandal has long ceased being about tawdry extra-marital affairs; it’s about how Mr Gunner handled the ordeal and the fact he told the public there was nothing to see despite his operatives appearing to be working in the background to attempt to cover it up.

Mr Gunner this morning is also surely regretting his disparaging comments in Parliament last month about NT Young Labor members, when he shot back at their criticisms of his leadership, by suggesting that the “kids” should stick to producing Facebook memes while he and the other adults make decisions.

Mr Gunner was referencing a letter sent by NT Young Labor president Lithiria Abeysinghe to party president Erina Early, calling for the party to keep Mr Turner in the fold because his actions were insufficient grounds for expulsion.

The public has just been shown those punk ‘kids’ have more clout than the Chief Minister in influencing party decisions.

And the message sent to Mr Gunner last night is that the party will call their leader out, even if the parliamentary wing won’t.

‘Anything that impacts the integrity of the party does need to be addressed’: Labor president to Gunner as scandal unfolded

As much as Ms Early attempted to qualify the decision to keep Mr Turner in the ranks with the warning that it could be revisited “should further information come to light”; it’s a clear message that Mr Gunner acted impulsively and to only serve his own personal interests.

It has still not been explained why Mr Gunner did not also refer his close mate and senior adviser Kent Rowe to the party for expulsion, who Mr Gunner also said lied to him and attempted to cover up his involvement in the scandal.

Mr Rowe is the bigger fish here, a long-time Labor powerbroker who ran the party for years and the man credited with winning the last two NT general elections for Labor. Mr Gunner promoted him from working for a private ad firm while running last August’s election, to a spot in his inner sanctum of top advisers with a massive pay check.

Mr Rowe, a married father of two, has since been forced to resign from that plum gig after humiliating the Territory Labor Party and government far more than Mr Turner.

Anyone who read his now public messages of talking up the introduction of marijuana cafes in Smith Street to impress a “bondage mistress”, sending dick pics to the same woman and painting portraits of dead dogs to “share the love” was left scratching their heads as to how he became the type of political specimen advising the Chief Minister.

But Mr Rowe remains in the party, a member of Mr Gunner’s right faction, who the Chief Minister wouldn’t refer for fear the party might have acted on that. Ms Early is on the far left union faction of the party and she just served a massive hit to the right by rebuffing Mr Gunner’s call for Mr Turner’s expulsion.

Labor has a long history of devouring themselves. The main course has now been served in the form of Michael Gunner, who put himself on the plate by failing to be upfront about the scandal from the beginning.