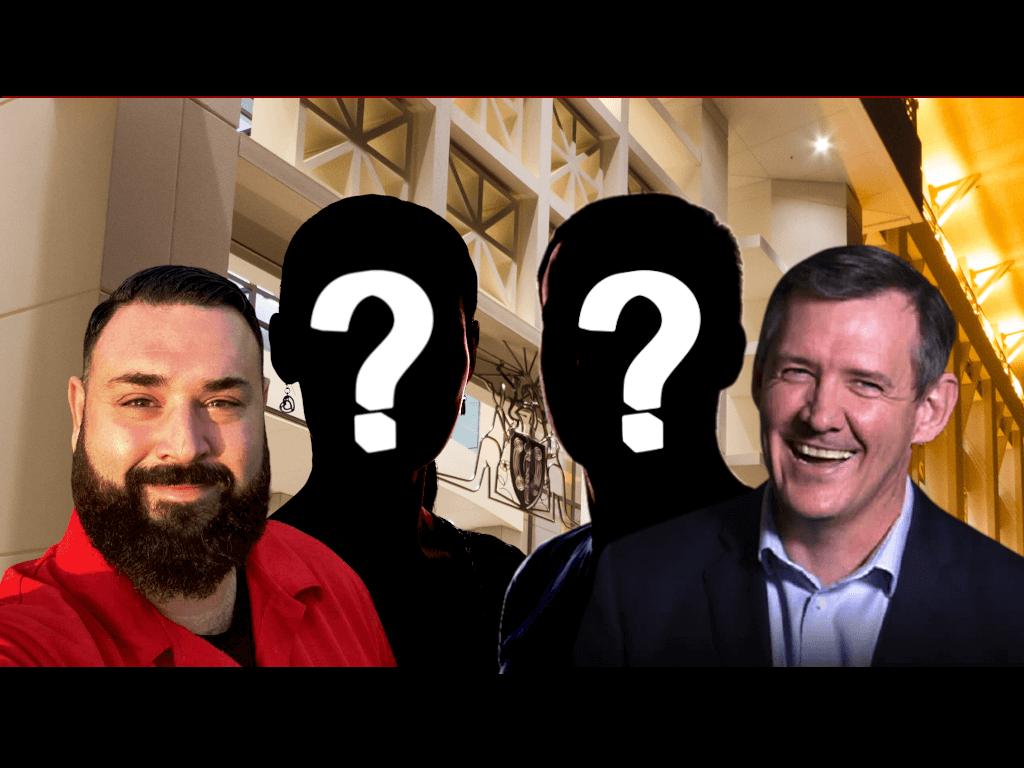 EXCLUSIVE: Newly obtained text messages between disgraced Labor backbencher Mark Turner and the woman with whom he and a senior adviser to the Chief Minister were carrying out extra-marital affairs have raised fresh questions about Labor’s involvement in attempting to cover-up the “cocaine sex scandal”.

The text messages – that span the period from February 2, until Mr Turner was forced to admit the affair publicly on February 17 – reveal the woman was told to remain “completely silent” after admitting using cocaine during the election night tryst, until Mr Turner could determine what the “possible implications” were.

Other texts show Mr Turner had sought to make “a few calls” to unknown persons for advice as the pressure grew in the days leading up to the scandal leaking out to the public.

“It was appropriate that we offered him advice on how publicly to handle this,” Mr Gunner said in the official statement.

“At no point, did any member of my team advise the Member for Blain on how to cover-up information.”

An unnamed adviser in the Chief Minister’s office told the NT News a day before the statement that Mr Turner had been informed by his lover on February 2 that the information could be released publicly at any moment and that an unnamed “concerned party member” brought it to Mr Gunner’s senior advisers.

The text messages show the former police officer was concerned about being investigated by the anti-corruption watchdog on that day.

The woman texted Mr Turner to arrange a meet-up for sexual purposes in which Mr Turner responded that “it’s been ages” since they connected in person.

The woman responded by describing sexual acts between the pair.

“You’ll get me in trouble when ICAC download the messages,” Mr Turner wrote.

The woman wrote back later that she had deleted all text messages and Facebook messages between the pair.

“Sorry I didn’t mean to make you nervous with ICAC,” Mr Turner wrote.

“I think my messages auto delete after 30 days.”

‘Do you mind if I make a few phone calls’: Turner to woman

The frequency of the messages ramped up after allegations were published on a Facebook page on Saturday February 6, that unnamed and unaffiliated “political figures” were involved in a sex and cocaine fuelled party on election night [the original post has since been altered].

On the same day, the texts show Mr Turner and the woman discussed the vague allegations made on the “Mango Inquirer” Facebook page run by Shannon Joyce that detailed cocaine use amongst “political figures”. 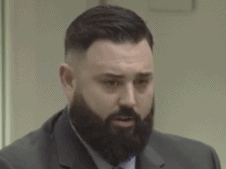 “Stay quiet at the moment would ne (sic) my suggestion,” Mr Turner wrote. “What do you think?”

“If you stay silent until it’s no longer a story it ruins it for them and that way they don’t get what they want,” Mr Turner later wrote, referencing journalists.

“I know it seems counterintuitive but it’s what I’ve seen happen a couple of times now.

“What do you think? Sounds sensible?”

Mr Turner continued to check in with the woman over the next few days, repeating the phrase, “we’ll be okay one way or another”.

In the statement issued last weekend exclusively to the NT News, Mr Gunner said he had become aware of the situation by his senior staff “early in the week of February 8″.

Two days later – on February 10 – the woman sent a draft statement she had written to provide to the media about their affair, that down-played the scandal as a “non-issue”.

Mr Turner praised the effort as “well-written” but then asked who had sought a statement. The woman said the NT News had contacted her.

“Do you want me to change anything,” the woman wrote.

“I think it’s great and it’s from you and authentic,” Mr Turner responded. “I’m just concerned the (sic) are trying to trip you up. Haven’t met too many journalists without their own agenda unfortunately.

“Do you mind if I make a few phone calls and get back to you before you give it to them?”

It was not disclosed with whom Mr Turner was seeking advice at that time.

He then mentioned “legislation” in the texts, that he suggested may have stopped reporters from repeating the matter and suggested she “leave it” with him.

“It’s just added stress you don’t need on your plate and that’s what’s making me annoyed,” he wrote.

“It’s like you said before about people wanting to use you. It’s always about them, not you or the greater good … Something I’m starting to realise transitioning into my new world is that there are a lot more people like that than there is in normal society.

“Sort of points out why we’ve got so many issues.”

He later wrote: “My thoughts are if you give them a statement they’ll blow it up again and it’s back to square one.”

The unnamed spokesman for Chief Minister Michael claimed last weekend that Mr Turner was given advice like “any member of our team with an issue or media inquiry” would.

Mr Gunner also told Mix 104.9 last Monday that he had worked with Mr Turner to prepare his speech to Parliament.

On the morning of Monday, February 15 – the day after the CLP called on the Chief Minister to explain his party’s involvement in the scandal – Mr Turner sent a text to the woman at 6:15am asking how she was, responding to the woman suggesting that she should issue a public statement.

“Do you want me to get some advice on it for you?

“It’s you (sic) choice if you say something, and that’s the way it should be.

“Don’t let anyone bully you into something you don’t want to do.”

Mr Turner then reversed his just-described position and told the woman not to make a statement until he was able to “ask around”.

“I don’t know if putting something out would be the right thing to do as they’re trying to heap pressure on someone to say something so they can go to print without being accused of being defamatory but that’s just my thoughts on the spot,” he wrote.

“There might actually be a better way of doing something but I’ll need to ask aroubd (sic) first and I’m only going to do that if you’re ok with it?”

Again, it is unclear with whom Mr Turner sought to speak.

“Okay, I’ll wait for that advice,” the woman wrote.

A short time later, Mr Turner told the woman not to “panic”.

“The NT is a tiny place where social media drives a media pack with nothing to talk about,” the message sent from his phone stated.

“I haven’t got a clue where the cocaine group sex came from though? Not sure if that was … just a cored (sic) journalist trying to value add to spice it up.

“I’m just doing getting (sic) kids ready for school so I’ll be a bit slow on the replies, not ignoring you.”

“I don’t like that people are suggesting you took cocaine,” she wrote. “The whole story is getting twisted.

“I was high on cocaine that night. I’m not now. I didn’t ever say to anyone that you were.”

‘Stay completely silent’: Turner to woman after she admits to using cocaine during tryst

Mr Turner, who told Parliament last week that he doesn’t condone the use of drugs – which was contradicted by previously published Facebook messages with the woman from September that showed he was aware but unconcerned of her and a friend’s drug use – then told the woman to be “completely silent”.

“Honestly I’d stay completely silent at the moment until I find out what the possible implications are,” he wrote.

“Not out of anything but an abundance of caution. You’ve seen how they twist things. Good thing about being a policeman I’m a bit more resilient than the political class.”

The woman remained silent until Wednesday February 17, when she appeared on ABC Radio to discuss the affair and later on Mix 104.9.

The NT Independent previously revealed text messages that showed Mr Turner had asked the woman to issue a false statement, recanting her comments that they had an affair after she admitted to carrying out a relationship with a sitting MLA on talk radio.

When she refused, Mr Turner was forced to reveal in Parliament that he had a “friendship” with the woman that became “too intimate”.

“It was not illegal, it was consensual, it was respectful, but not appropriate,” he said at the time.

Mr Turner also said that he did “not condone illegal activity, and I do not participate in it.”

The speech included a reference to working with Mr Gunner throughout the week and thanking his caucus colleagues for their support.

He was sacked from caucus the next day for what Mr Gunner said was dishonesty in not disclosing the full nature of the relationship. Mr Turner was this week referred to Parliament’s Privileges Committee over accusations that he misled Parliament.

Mr Gunner’s office did not respond to questions about the text messages, including who was assisting Mr Turner to get the woman to remain silent from February 2.