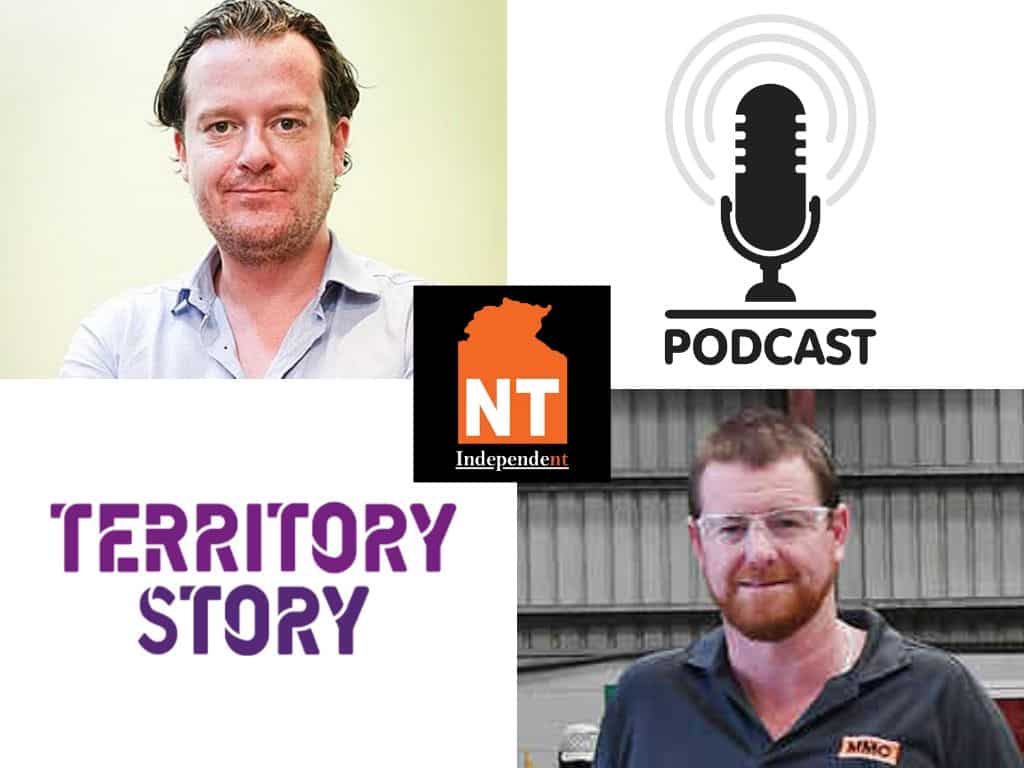 NT Independent editor Christopher Walsh and publisher Owen Pike sat down with Territory Story podcast host Leon Loganathan this week to offer a behind the scenes look at how the Territory’s newest online paper came to be, how it functions and of course, that conversation led into all things NT politics.

The popular Territory Story podcast, hosted by Mr Loganathan and Peter Gowers, is focused on Territorians and has had guests from all walks of life telling their stories of how they arrived in the Northern Territory.

Walsh talked about how he came to Darwin and walked in off the street to the NT News from Canada and was hired as chief political reporter.

The podcast delved deeper into how the NT Independent came to be, what its mission is and the vision for creating an online paper for Territorians that is not influenced by the government in any way and truly a voice for everyone.

It’s especially important for the NT at a time when government influence through advertising and coercion of media is threatening to destroy the free press and the systems in place to hold politicians and an unwieldy public service accountable for their actions, Walsh said.

“There’s serious concerns when a newspaper is running an elected official’s speeches verbatim and not questioning anything,” he said. “I fail to see the value to the community of just publishing one-sided political spin without asking any questions.”

What can a newspaper accomplish when it is free of government influence?

Ultimately Walsh and Pike found a common ground – public accountability – and the newspaper was started.

“We met and had that discussion about what it should be, what it stands for and what its ultimate goal should be; which is to restore democratic accountability and restore faith in the system that we think is sorely lacking now,” Walsh said. “The allegations of corruption in the public service never seems to go away and never gets fixed. (We thought) can we do something where we hold people accountable for that?”

Pike said many in the NT were too reliant on government money to dare speak up. It’s a problem that has gone on for decades.

“I want it to be a local voice. I’m a passionate Territorian and I want to give local businesses the ability to maximise advertising and have a voice,” he said.

“I just see the space, there’s a void in the Northern Territory for independence. The government has a lot of control by the amount of revenue they spend with local businesses that people can’t be critical, or the cost of being critical is significant. I’ve seen that when I started being loud with Gumment.”

The podcast examines the controversial Gumment Facebook page and its satirical skewering of the NT Government, but it’s also explained that it has nothing to do with the newspaper.

The NT Independent is its own animal, with a small but committed team of reporters breaking political and investigative journalism while offering a platform for informed opinion to start debate in the community.

“(Informed opinion) is what we want,” Walsh said. “We know it’s going to enrage people sometimes, but that’s what a good newspaper does. You’re not going to agree with everything the opinion columnists write but the fact it’s there, let’s have the debate. Let’s get different voices out there.”

Walsh explains how the Independent functions, its editorial policies and the integrity council that will oversee journalistic standards and provide an independent avenue to deal with complaints.

“It’s a way to build trust,” Walsh says. “It’s so crucial and so important and we know we need to earn that trust. I hope I’ve shown people that over the last six years of covering politics in the NT who I am and what my principles are, but we know we have to build that trust with the new newspaper. We take it so seriously and we’re striving every day for that.”

Pike said the NT Independent has a strong purpose and won’t be going anywhere.

“Being online, we have the ability to provide a much cheaper reach for local business,” he said. “The traditional newspapers .. have to be printed and that’s a costly product. Small local businesses can’t afford to advertise alongside good journalism. And that’s what I want to bring back.

“I want to see the small local businesses that are spending a small amount of money and getting good returns. In the start-up phase we’re not charging for advertising. It’s definitely a long-term game. Fortunately, I’ve got a business that can support it and I’ve got a family that believe the same things I do.”

Listen to the full podcast here: