‘We see a future where there is a RSL’: Plans to develop Esplanade race ahead 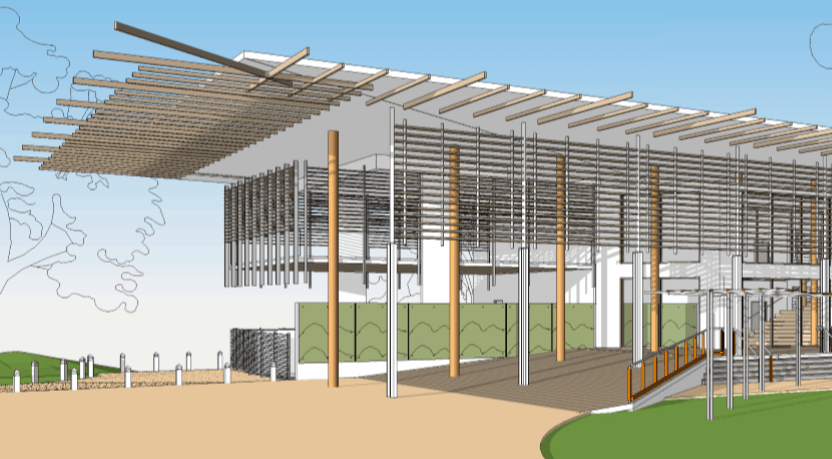 The RSL is confident its plans for development of a prime piece of real estate on the Esplanade will forge ahead despite fierce opposition from Darwin’s Deckchair Cinema who say their iconic attraction is under threat from noise pollution.

The RSL met with the Darwin City Council less than two weeks ago, on September 8, bearing concept designs, and received “good feedback”, a spokesman from the RSL said.

The RSL has been in a battle for months as it navigates the council’s approval process “as fast as possible” to get a formal submission on the table against a backdrop of resistance from the community who want the space – currently a carpark near the town’s cenotaph – greened.

“We’re confident we’ll get to a point that we’ll be able to put forward a formal submission,” the RSL spokesman said.

“We met with council, and we’re in the process of addressing some issues before our next meeting in October.

“We’ve got a really good idea… we see a future where there is a RSL.”

The RSL says their plans for development near the town’s cenotaph “would be a great addition to a commemoration site” that holds the badge of honour as the single site in Australia where shots were fired in a war.

“We have a design that is for everyone, not just ex-servicemen,” the spokesman said.

Darwin’s RSL clubhouse was engulfed in flames in June 2018, but plans for a new site on Darwin Council land only 80 metres from the Deckchair Cinema have been polarising.

More than 11,000 people have signed a petition tabled in NT Parliament by Labor’s Paul Kirby to protect the Deckchair Cinema.

They cite the Darwin City Council and Northern Territory Government would not be honouring the agreement made to green the Cenotaph car park in the Darwin City Deal, if the RSL’s proposal goes ahead. 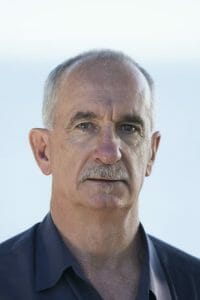 “It is nothing against the RSL,” Darwin Film Society deputy chair John Schier said.

He said the RSL will be submitting their final presentation to the council in November despite not one of the Film Society’s members in agreement.

“The Film Society has consulted over 12,000 members, and every one is against.”

Mr Schier says the outside cinema, which has five years left on the lease, and the option for five more, already contends with noise from the Deck Bar, less than 250 metres away.

“The new clubhouse would be only 80 metres from our screen,” he said.

“All along we’ve been told by the council and the NT Government [the carpark] would be returned to green space.”

“It is reneging on the City Deal.”

Long standing resident Graham Kirby, in staunch opposition to the RSL’s developments, has been fighting for the council to uphold plans for the greening of the carpark, detailed in the 2018 City Deal, since it first came under threat.

His question: “Why is the ‘heat-conducting asphalt’ of the City of Darwin carpark, adjacent to the Cenotaph, not being replaced with green space as stated on page 13 of the Darwin City Deal document” was tabled at the last Darwin Council meeting.

And received what he described as a “Humpty Dumpty” response.

“The sections that council has approved as its commitments can be found at the Darwin City Deal Commitments from page 17 of the document and do not make any commitment to green the cenotaph car park.

“This was because, at the time, council only provided in-principal agreement to the changes to greenspace as a result of the construction of the State Square Underground Car Park because the car park is not only fully utilised, it provides a necessary lay down, staging and hard stand for military and other events held in Bicentennial Park.” 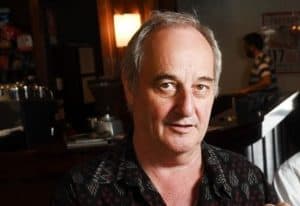 RSL President Steven Gloster told the NT Independent in June, a new clubhouse and the Deckchair Cinema could successfully coexist.

“Their main concerns are sound and lighting,” he said.

“We’ve spoken to them, and with our architect, and we’re prepared to pay quite a bit of money to soundproof and lightproof along that edge close to them so it won’t be an issue.”

Mr Schier said the Film Society will be ramping up opposition in the next few weeks, as the RSL moves closer to submitting their final presentation to Darwin Council in November.

A Council spokeswoman said the RSL’s presentation was to “provide Council with material ahead of the RSL’s program of consultation with stakeholders and the community”.