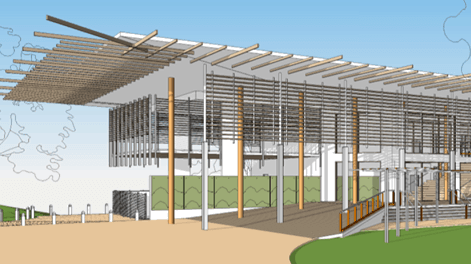 A Darwin alderman and CLP candidate for the upcoming NT election has described the RSL’s plan to establish its headquarters on the Esplanade as a “hoax” in an email obtained by the NT Independent.

Alderman Gary Haslett issued the bizarre response after he received an email from a Fannie Bay resident who was concerned about the location of the proposed RSL development and said she opposed it.

“It is a hoax,” he wrote to the concerned resident. “Council has no plan for RSL at the Esplanade. You have been tricked by trouble makers.”

Alderman Haslett, who has represented Waters Ward since 2012, will run for the CLP in the seat of Johnston in the August 22 election.

His response to the resident’s email is at odds with Darwin Mayor Kon Vatskalis, who has previously voiced his support for the RSL proposal that he made sound very real.

More on the RSL

‘WE CAN coexist’: RSL president to Deckchair Cinema

Mr Vatskalis said the RSL’s development would be debated when it was submitted to council, but he would remove himself from the debate.

“For me, there’s no reason why they (RSL) shouldn’t be there … but I know there’s objections from the deckchair theatre,” he told the NT Independent in May.

“But you have to remember the deckchair theatre is there where it is now because when I was a minister, I relocated them from the Waterfront to that area.

“So for them to say ‘nothing should be developed because we are here’ … is not the best way to approach things.”

Mr Haslett said the development had not formally been proposed to council and that he was tired of receiving “cut and paste” emails from people opposed to the controversial project. He added that he hasn’t made up his mind on the proposal.

“It’s a hoax because council hasn’t made a decision,” Mr Haslett told the NT Independent. “They can’t make a decision on something that is hypothetical. They think we’re lying and have done a deal with the RSL but we haven’t.

“Everyone keeps talking about it and some have taken it on as a cause. Maybe one day the RSL will come to council with a proposal.”

But the resident, Sally Gearin, said she did not believe Mr Haslett’s claims the development was a “hoax”.

“They don’t tell people about things coming before council,” she said. “Council should tell people about it and where it stands. A lot of people have a view about this and all anyone is asking for is to know what the hell is going on here and what is the process being applied for the application of public land.

“If you’re a member of council, you should be checking with your constituents about what they want, not giving your own opinion.”

RSL Darwin revealed its concept plans for the proposal two weeks ago, with council set to vote on the develop at one of its upcoming meetings.

Two weeks ago a petition with 10,000 signatures was tabled in NT Parliament by Member for Port Darwin Paul Kirby on behalf of the Deckchair Cinema, who is opposed to the location of the facility.