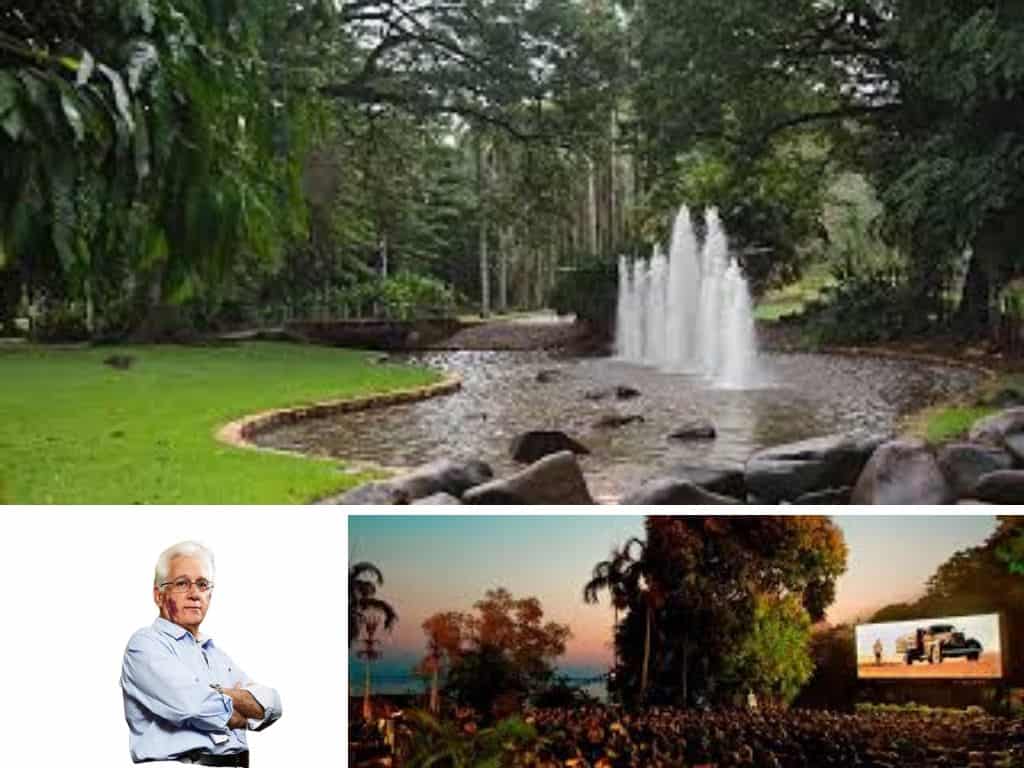 More than 6000 people have signed a petition to protect the Deckchair Cinema against the RSL’s proposed Esplanade development, but Darwin Mayor Kon Vatskalis has suggested relocating might be the best option for the iconic outdoor movie venue.

At time of publishing 6093 people had signed the petition which asks Darwin Council to convert the Cenotaph carpark into additional green space, instead of allowing the RSL to construct a new venue on the site.

Mr Vatskalis said the RSL’s development would be debated when it was submitted to council, but he was in favour of the proposal.

“For me, there’s no reason why they (RSL) shouldn’t be there … but I know there’s objections from the deckchair theatre,” he said.

“But you have to remember the deckchair theatre is there where it is now because when I was a minister, I relocated them from the Waterfront to that area.

“So for them to say ‘nothing should be developed because we are here’ … is not the best way to approach things.”

Mr Vatskalis said the cinema had the option to relocate elsewhere if the RSL’s proposal was approved.

“How about the Botanical Gardens? It will never get developed there, there’s peace and quiet,” he said.

“You could have it there and it would be a really nice environment, there’s parking there and it’s across the road from Mindil Beach.”

“They (Deckchair Cinema) have complained about the Deck Bar (before), the Deck Bar is nearly a kilometre away.

“They complain about noise, but c’mon guys, this is where you are, this is an open-air theatre, you are going to get noise.”

Darwin Film Society deputy chair John Schier said the Deckchair Cinema was not interested in moving from its current location.

“Relocating would be a last resort,” he said.

“We’ve been down that road before, since we’ve relocated from Mavie Street attendance has been so much higher.

“We’re going to fight for where we are … what we’ve got at the moment is a great location.”