Senator Sam McMahon has accused the NT Police Commissioner and the Police Minister of being “devious” following their claims about federal funding for remote policing.

Ms McMahon told Mix 104.9 on Thursday morning that there has been no final decision made on ongoing funding for remote policing in the Northern Territory after the current agreement comes to an end in 2022, despite comments made by Commissioner Jamie Chalker that the prospect of cuts had led to remote police staffing issues.

“The Police Commissioner and the Minister (Nicole Manison) are being extremely devious on this,” she said. “This is an agreement that goes back to 2009 in regard to federal funding. They’re well aware of that. 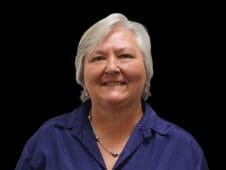 “They’re being quite mischievous in saying ‘oh, this is a surprise this is coming to an end, this is a shock to us’. Neither he nor the Minister picked up the phone to say ‘hi, how can you help us’. There’s going to be a review of this agreement starting early next year.”

On Wednesday, Police Commissioner Jamie Chalker admitted there were staffing issues in remote communities, but pointed to the prospect of $20 million in annual federal funding being cut two years from now as part of the problem.

“We certainly don’t have as many police in remote communities as we should,” he said. “I think there’s a number of factors that are in place, they certainly, we are still dealing with the issues of the federal intervention back in 2007.”

Mr Chalker said the NT Government did not have enough money to fund police to service 55 remote police stations on its own and that – two years from now- he may have to cut services.

“We do not have own source revenue that is going to sustain a 1200-strong-constables-and-above police force servicing 1.4 million square kilometres,” he said. 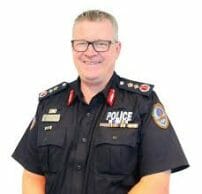 “Given the current advice we’ve got is that there is no commitment post-June 2022 to further funding … I’ll need to consolidate my resources clearly, and that will mean there’ll be remote Aboriginal communities that have now had a police facility and some ad hoc police presence … are likely to have a very reduced service footprint.”

He did not explain how the possibility of cuts to federal funding two years out affects remote policing issues now.

Ms McMahon posted Facebook comments about chronic understaffing at remote police stations that she had received from an unidentified frontline remote officer earlier this month, which led to police and public safety concerns. Ms McMahon questioned the Gunner Government’s commitment to remote policing, pointing to the ongoing federal funding.