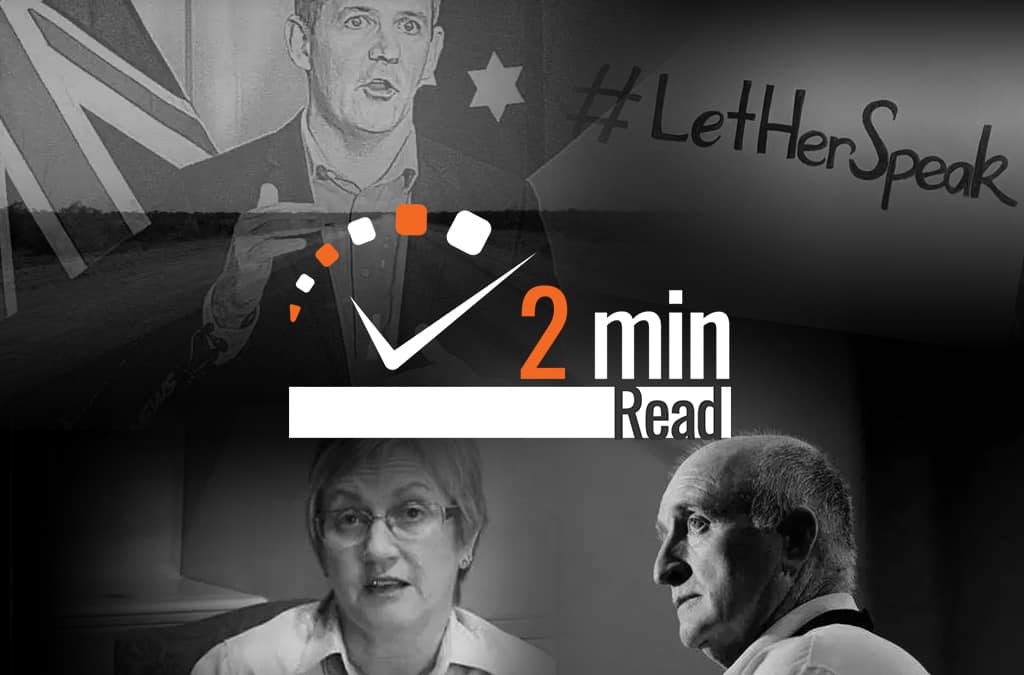 In case you’re dazed and confused about all the fuss going on in the NT, we’ve summed up the stories that made noise this week: Chief Minister Michael Gunner adds to the confusion over what he signed in China; Speaker Kezia Purick resigns following ICAC finding; Gerry Wood rebuked for “sleazy business” call; Territory Alliance’s fracking “backflip”; and more…

Chief Minister Michael Gunner has added to confusion around a mysterious agreement he signed in Shenzhen, China last October, telling Parliament on Thursday that it was a “sister cities relationship”.

It’s the first time Mr Gunner has publicly acknowledged the agreement that the NT Independent revealed he had signed in a discreet ceremony while on a taxpayer-funded trade mission to the Chinese city late last year.

His comments in Parliament appear to contradict other accounts of the document.

Kezia Purick resigns as Speaker, indicates she may seek re-election

Speaker Kezia Purick has resigned as Speaker of the Northern Territory Tuesday morning following findings from the Independent Commissioner Against Corruption that she engaged in “corrupt conduct”.

But she indicated later in Parliament during debate that she will recontest her seat of Goyder at the Territory election on August 22.

“Next session of Parliament, I’ll be back,” she said.

Ms Purick earlier said she did “not accept the findings” of the ICAC but was resigning as speaker anyway.

‘Sleazy business’: Gerry Wood reprimanded by Gunner Government for his views on prostitution

Retiring independent MLA Gerry Wood has been rebuked by the Gunner Government for describing prostitution as a “sleazy business” during Question Time in Parliament.

Mr Wood asked why the government enacted prostitution legislation without public notice that would permit brothels to operate in residential areas against the wishes of the majority of people who submitted their opinion on the issue.

“Why are you justifying your decision based on the argument that prostitution is just another business when it is not – it is a sleazy business,” Mr Wood said.

But that rankled the Gunner Government who called Mr Wood “offensive” for having a different opinion than theirs.

The announcement comes after the government allowed a woman from coronavirus-stricken Melbourne to enter the remote community of Ngkurr for an unspecified period of time earlier this week.

“You will be required to be self contained for 14 days in a regional centre, and at your own cost before you can apply (to leave quarantine),” Mr Gunner said on Friday morning. “This direction will apply on the day of your arrival in the Territory.”

Terry Mills’ pledge to ban fracking if Territory Alliance win the August election is a “staggering backflip” critics say, and a populist political play that will drive away much-needed private investment in the Territory.

Mr Mills made the shock announcement on Tuesday, saying “widespread community concern” around fracking led to his decision to change position on the divisive issue ahead of the election.

The party’s announcement follows polling released by Lock the Gate Alliance that showed 86 per cent of 1246 respondents Territory-wide opposed fracking and only seven per cent “strongly support” fracking in the NT.

Sexual abuse survivors in the Northern Territory can now publicly speak out about their stories, with the Gunner Government passing an amendment to an old law that made it illegal for victims to name themselves publicly.

The bill was championed by the #LetHerSpeak campaign, whose creator Nina Funnell expressed delight at the bill passing Wednesday, despite earlier concerns it was rushed and suffered “severe weaknesses”.

“Another victory for survivors!” Ms Funnell tweeted. “This helps empower those who have been silenced for so long.”