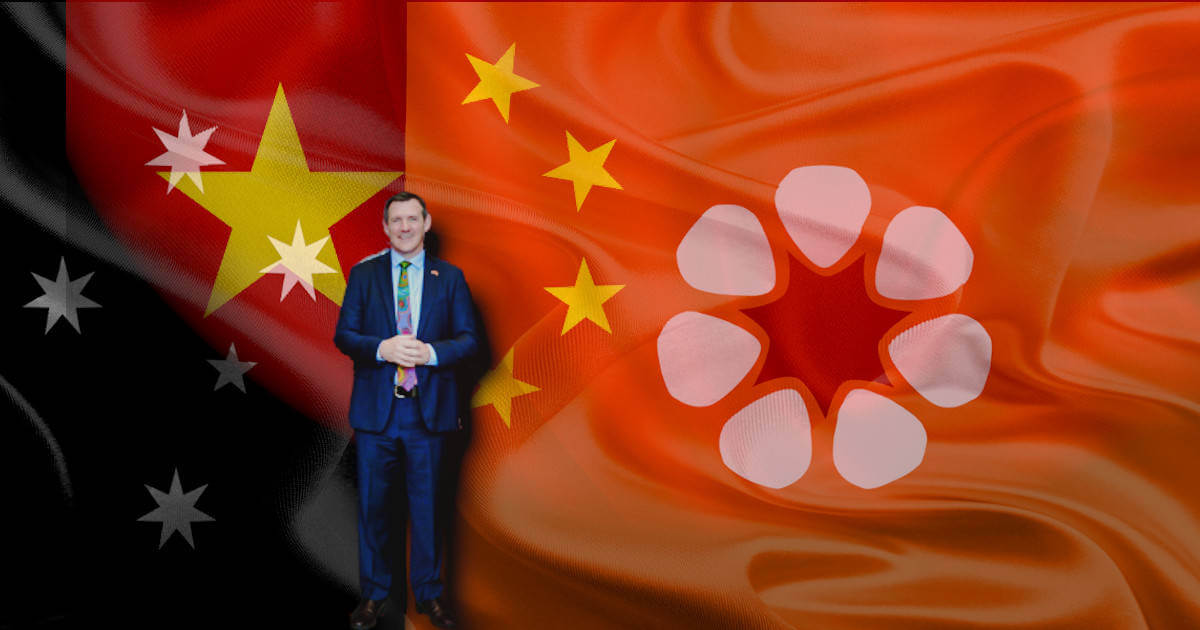 Chief Minister Michael Gunner has added to confusion around a mysterious agreement he signed in Shenzhen, China last October, telling Parliament on Thursday that it was a “sister cities relationship”.

It’s the first time Mr Gunner has publicly acknowledged the agreement that the NT Independent revealed he had signed in a discreet ceremony while on a taxpayer-funded trade mission to the Chinese city late last year.

His comments in Parliament appear to contradict other accounts of the document.

Mr Gunner declined to say why Territorians were not previously informed of the arrangement, which is standard protocol for elected leaders to disclose upon returning from official international trips.

“We didn’t hide it, it was a very public trip,” Mr Gunner said. “I think we took upwards of 100 Territorians with me, of which a number were in the room when I signed, as witness, this sister cities relationship.”

But photos obtained by the NT Independent show Mr Gunner was flanked by only a few bureaucrats, including Department of Business chief executive Shaun Drabsch, business advisor Chris Langworthy and deputy head public servant Andy Cowan after the official signing.

Mayor Kon Vatskalis, who was part of the delegation, was not present at the time of signing and other non-government parties on the trip said they were never informed of the agreement.

Mr Vatskalis did not return phone calls on Thursday.

“[There are] concerns that you may have got yourself into another embarrassing situation and signed something on our behalf that you shouldn’t have,” Mr Mills said. “What is the secret agreement you signed in Shenzhen and why were Territorians never told about it?”

The question fired up Mr Gunner, who went on the offensive, calling the question a “conspiracy theory” while raising Mr Mills’ past role as the Territory’s trade commissioner to Indonesia – a position Mr Gunner said had led Mr Mills to “[sell] out the Territory”.

He later withdrew the comments after Mr Mills objected to the “disgraceful” tirade.

“I also know the things I sign,” Mr Gunner added. “It was a very public trip. It was well known that I went to China to advance the Territory’s interests.”

Sources had previously told the Independent that the deal was a “provincial agreement”, with others claiming it was related to education.

Former Labor MLA turned independent Scott McConnell said Mr Gunner should table the document so Territorians can see for themselves exactly what he signed.

“We have a right to know what our Chief Minister signed in China and if he doesn’t produce that outside of sittings, then we know there’s something to hide,” he said.

Concerns remain around why the deal wasn’t announced publicly

The secrecy around the agreement has raised concerns from a Chinese foreign policy expert who told the NT Independent earlier this month that Territorians “should be concerned” about unannounced agreements entered into with China that aren’t disclosed in Australia.

“‘Friendship’ is usually the first step to co-opt or recruit fellow travellers in the CCP United Front operation.”

Prof Feng added that being open about deals with foreign nations is in the country’s best interests.

“Transparency is the key,” he said. “Chinese (organisations) conduct their business through covert operations.”