Whose Buy Local record is stronger, Gunner or Giles? 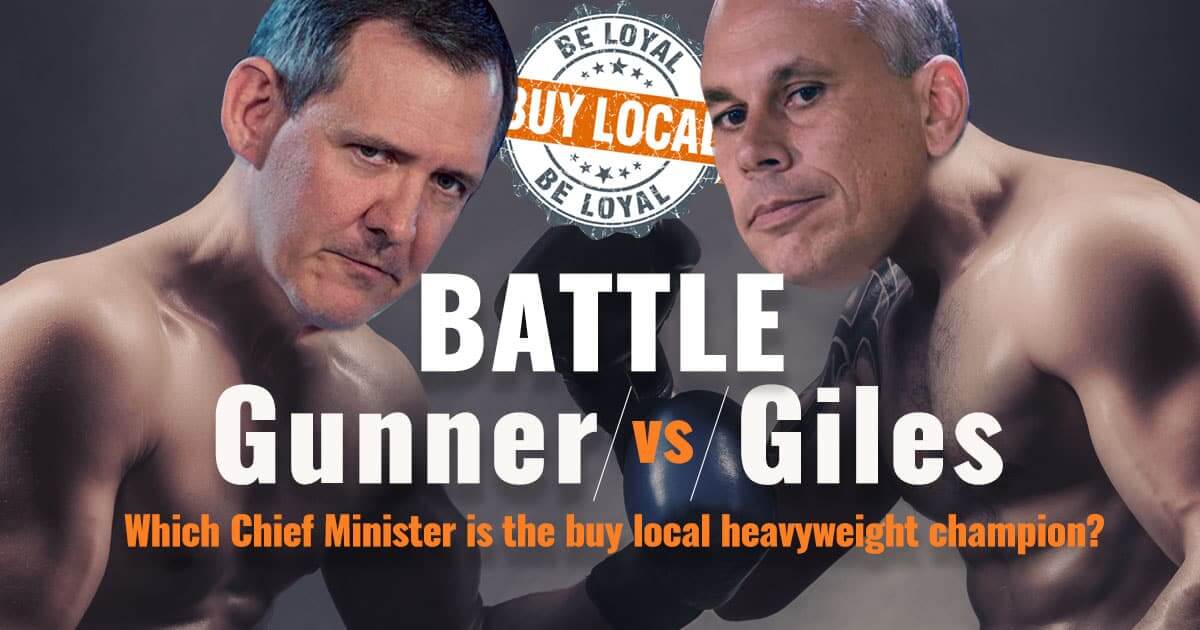 The Northern Territory’s Buy Local plan is paying dividends, with figures showing more money has been awarded to locals for contracts under the Gunner Government compared to the previous Giles Government.

The Buy Local plan was launched by Mr Giles in January 2016 in a bid to ensure that the largest possible proportion of every dollar spent by the NT Government is retained within, and delivers benefits for, the Territory economy.

Figures show 82 per cent of the total spend of contracts was spent with NT firms under Michael Gunner in a two-year period between 2018 and 2019, compared to 76 per cent under Mr Giles during the same two-year period of his term (2014 and 2015).

Under Mr Gunner, who took over from Mr Giles in August 2016, the plan’s regulations were strengthened and a Buy Local advocate was introduced.

RELATED: Who has won the most money in government contracts since 2013?

The NT Buy Local plan requires at least 30 per cent weighting of these criteria be applied to local content.