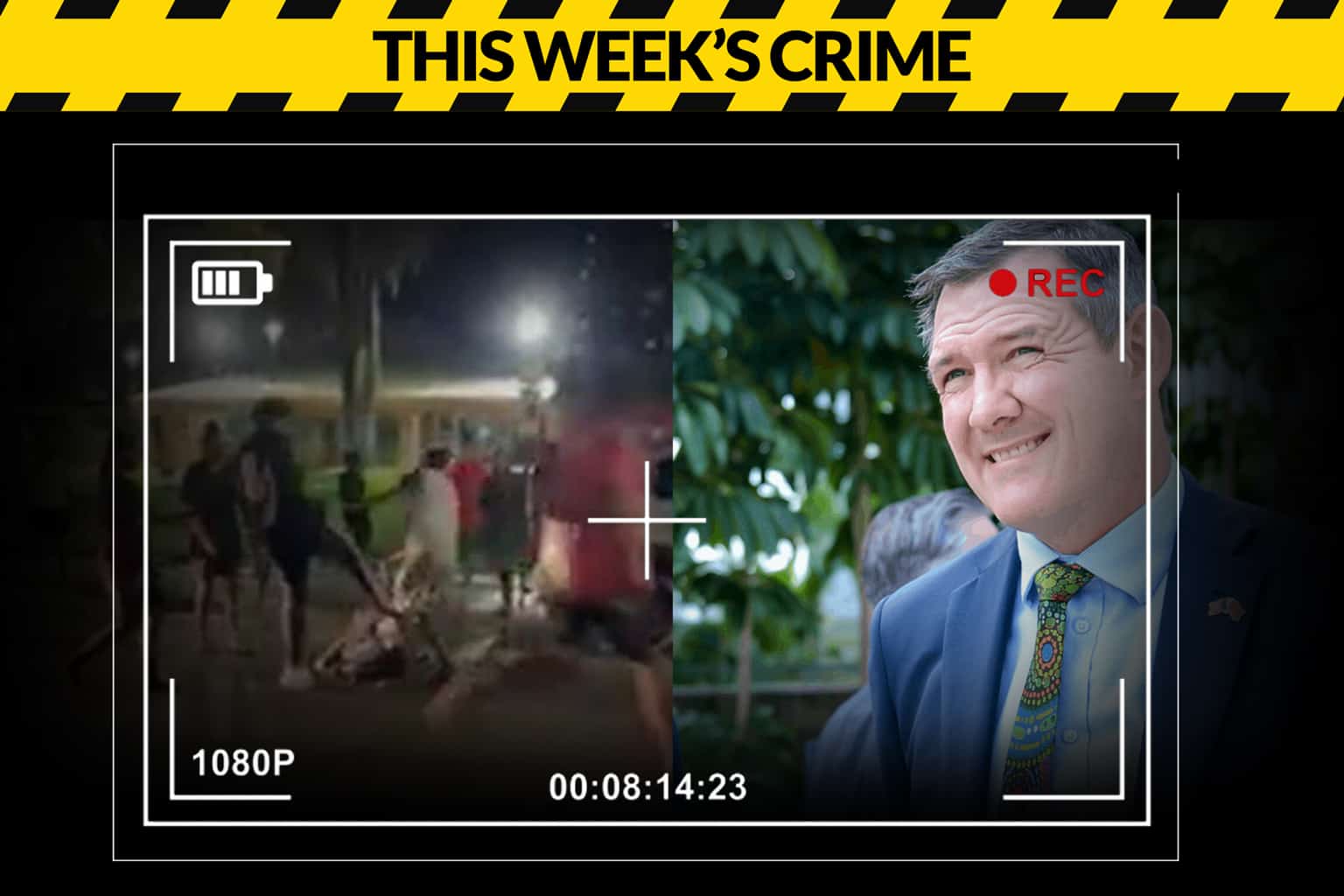 From renewed calls for the NT Government’s lack of action on worsening ‘gang violence’ in Alice Springs after a video of a brutal attack made rounds on social media; to a woman stabbed to death in Jingili; and to a missing camper from Alice Springs found dead. This is what the NT Independent reported on cops, crime, and court over the past week. Read them all here:

A 13-year-old boy, who was part of a group that allegedly robbed a Katherine service station and threatened a staff member, has been charged, NT Police said.

Superintendent Craig Garland said in the early hours of November 28, the group of youths allegedly approached and threatened an employee, demanding cigarettes and cash in an unnamed service station in Katherine.

Mr Gunner and Police Minister Nicole Manison travelled to Alice Springs to hold closed-door meetings with police about the town’s escalating youth crime problems on Wednesday but did not hold any public meetings.

A 36-year-old man has been charged with murder following the stabbing death of a 20-year-old woman in Jingili, NT Police said on Wednesday morning, in what appears to be a horrific domestic violence incident.

The stabbing occurred on Tuesday morning near the Jingili water gardens which quickly became a crime scene, with detectives calling in the dog unit to search for the offender. He was located around noon and taken into custody.

‘It is apparent that you have lived in a very violent milieu for many years’: PTSD sufferer jailed for stabbing her violent partner

A woman suffering from PTSD with a long history of being a victim of sexual abuse and domestic violence but with a significant violent record herself, has been jailed for repeatedly stabbing her violent then-partner including piercing his stomach while they were both drunk and walking in Palmerston.

Beryl Dandy, who was 41 at the time of the crime, pleaded guilty in the Northern Territory Supreme Court to one count of unlawfully causing serious harm to the 48-year-old known to the court as LR.

Arrest in Jingili after stabbing death near park

NT Police have said a man has been taken into custody after the stabbing death of a woman in Jingili.

Police made the statement on Facebook, saying they were investigating the death, but gave no more information.

The ABC is reported it was a stabbing death of a woman in her 30s with a man in his 30s arrested.

An aerial and land search in Central Australia have ended in the discovery of what is believed to be the body of 37-year-old Yun-Seob Shin, who was reported missing from a camping trip after failing to show up for work on Saturday morning.

Police had issued a statement Saturday afternoon, calling for anyone who had come across Mr Shin to contact police, citing concerns for his welfare in tough conditions, as temperatures peaked over 40 C.