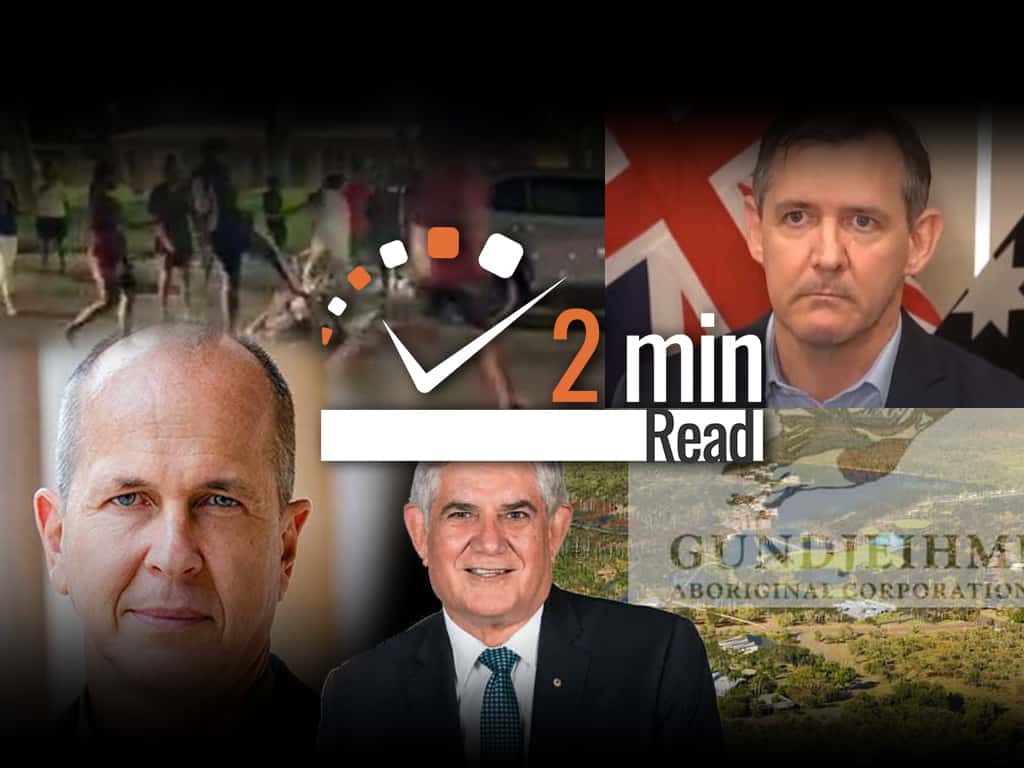 In case you missed it, here’s a two-minute rundown of this week’s top stories: From a video capturing escalating youth crime conditions in Alice Springs; to the Opposition lambasting Chief Minister Michael Gunner’s “meaningless” youth crime data; to a new entity in Jabiru that shares directors with an Aboriginal corporation currently under probe; and to an international journalist and a Darwin lawyer castigating Mr Gunner’s ban on the NT Independent.

Mr Gunner and Police Minister Nicole Manison travelled to Alice Springs to hold closed-door meetings with police about the town’s escalating youth crime problems on Wednesday, but did not hold any public meetings.

The Federal Government is handing back the Jabiru township – the centrepiece of a $446 million rejuvenation master plan – to an organisation that shares directors with an Aboriginal corporation currently under investigation by the Office of the Registrar of Indigenous Corporations for alleged financial impropriety.

Indigenous Affairs Minister Ken Wyatt announced on November 25 that the Gundjeihmi Aboriginal Corporation Jabiru Town (GACJT), a new entity, would hold the lease following the passing of legislation to allow its handover in September.

Chief Minister Michael Gunner’s ongoing ban of the NT Independent undermines basic democratic values and is contributing to the erosion of integrity in government, says journalist Peter Greste, who was jailed in Egypt for more than a year while on assignment for Al-Jazeera in 2013.

Greste, who is now the spokesman for the Alliance for Journalists’ Freedom (AJF), an Australian organisation that monitors and advocates for press freedoms across the Asia-Pacific region, said Mr Gunner’s undemocratic ban on the free press needs to end.

Pressure continues to mount on Chief Minister Michael Gunner to lift his ban on the NT Independent, after a member of the Darwin legal community joined a growing group of journalism and legal experts across the country calling for the ban to be rescinded, while suggesting the government has breached its own code of conduct.

Ward Keller partner Leon Loganathan said on ABC Radio Darwin Friday morning that the Gunner Government appeared to be breaching the MLA Code of Conduct and Ethical Standards Act, which mandates that all parliamentarians respect the freedom of the press and also respect the independence of the public service.