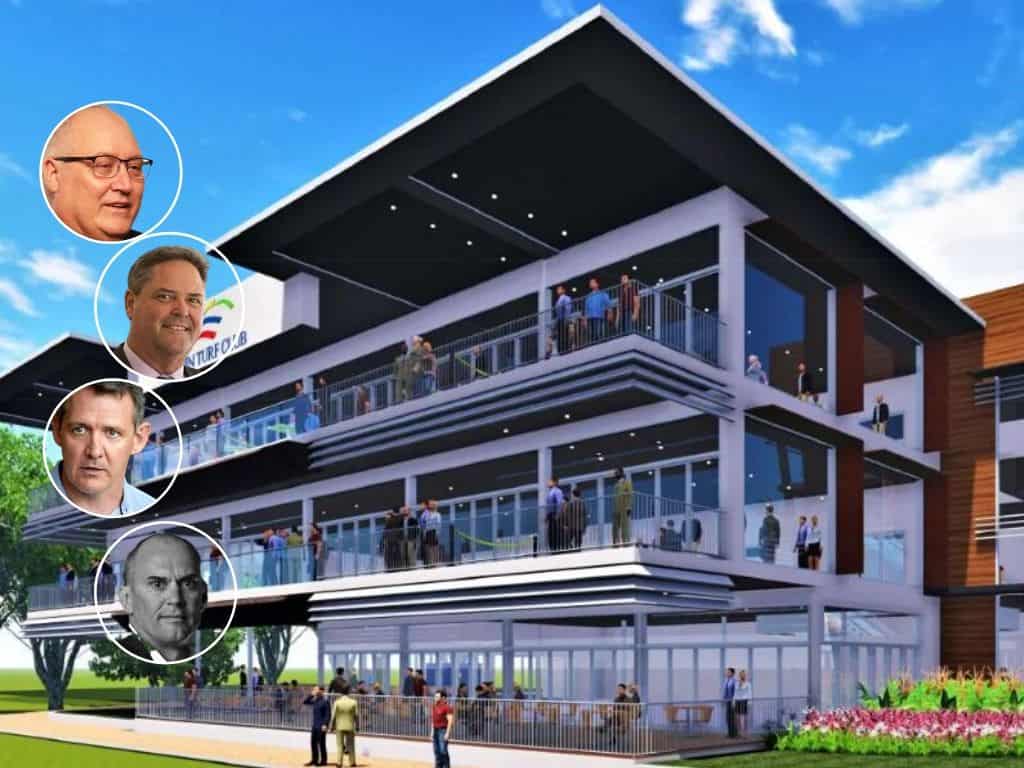 The Darwin Turf Club’s controversial $12 million taxpayer-funded grandstand project was “unlikely” to increase visitors to the Northern Territory, according to an internal planning document obtained by the NT Independent.

The report, which was dated June 2019, contradicts public comments made by government officials and the club’s CEO Brad Morgan, who told a local radio station yesterday that while the structure won’t be enjoyed by spectators this year due to COVID-19 restrictions, “the response from overseas and interstate was phenomenal”.

“It’s due to be filled with hundreds of thousands of people from interstate all spending money in the Darwin economy,” Mr Morgan told Mix 1049 on Tuesday.

But the Turf’s Club own internal planning report for the project states that was not going to happen.

“The proposed grandstand will provide improved and additional function space and facilities for race day attendees, and is unlikely to significantly increase race-day attendance,” it stated.

It’s unclear whether the document or the information it contained was relayed to the Gunner Government before they awarded $12 million to the club for the grandstand in the form of a grant last July.

In a press release announcing the project last year, the government said the grandstand project would “boost the international tourism appeal of the Darwin Cup Carnival.”

Questions to Chief Minister Michael Gunner went unanswered Wednesday and the government declined to explain what evidence or documents it relied on to make the assertions that the grandstand would attract international tourists.

Territory Alliance MLA Jeff Collins said the grandstand was also unlikely to attract tourists due to the nature of it being a members-only stand and questioned why the internal report wasn’t considered.

“It’s not a public stand, it’s for members – how was that ever going to increase tourism in the Territory,” Mr Collins said. “(The internal planning report) raises so many questions about what documents were put before cabinet and if it wasn’t there, why wasn’t it?

“But I don’t have enough confidence in cabinet and their processes that they would have noticed what was before them before making the decision to waste our money on this members-only stand.”

The Darwin Turf Club also declined to explain what evidence Mr Morgan was relying on when he said on radio that there has been increased demand from interstate and overseas racing fans.

The club has repeatedly refused to release the business case they put to the government for the grant, citing commercial-in-confidence reasons.

However, Department of Business chief executive Shaun Drabsch told a parliamentary committee last year that while the “financial case for a market-led proposal could not be established”, the grant for the grandstand would result in a $4 million annual boost to the Territory’s economy, including $2 million a year from 1000 “high-value” interstate and overseas visitors.

It was unclear how that figure was arrived at.

The project, which is expected to be completed by July, has attracted controversy, and caused public outrage after it was revealed the Turf Club awarded the $12 million tender to a company co-owned by its chairman Brett Dixon.

In February, the ABC reported that Mr Gunner’s former chief of staff Alf Leonardi drafted a letter for Mr Dixon to be used to lobby the Gunner Government for taxpayer money for the project.

In an email dated January 13, 2019 – six months before the planning document was completed – Mr Leonardi wrote to Mr Dixon with a draft letter, stating, “this is the letter you need to write to us” and that “it should go to the Racing Minister and Treasurer”.

Mr Gunner said he was not aware of that letter and that it didn’t factor into the decision-making process of Cabinet when it approved the grant. However, he said he had passed it on to the Independent Commissioner Against Corruption for possible investigation.

The $12 million grant was approved in July 2019, just weeks after the club received the planning report prepared by Northern Planning Consultants.

Mr Dixon’s company was the NT Labor party’s largest donor in the lead up to the 2016 election.

There is no suggestion Mr Dixon acted improperly. An independent probity report commissioned by the club and a review by the government found the tender process was appropriate.