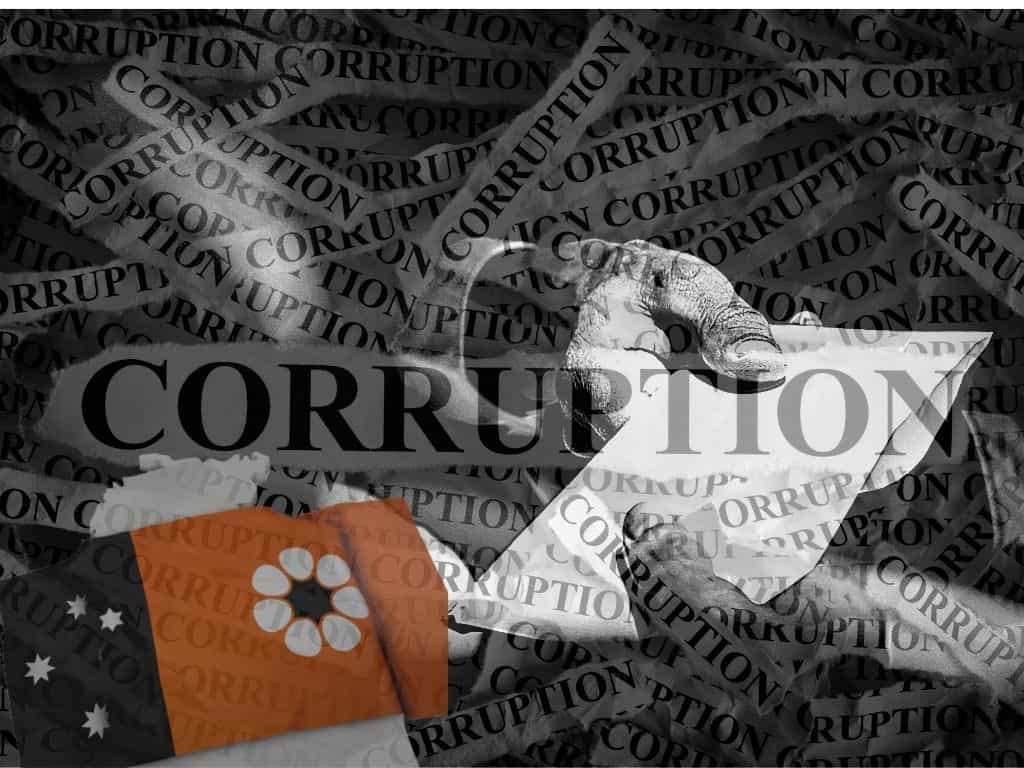 The findings of an investigation into corruption allegations in the Department of Infrastructure’s Katherine office will remain secret for now, after the NT Independent’s request to publicly release the document was knocked back.

The 474-page report was prepared by an outside agency last year, following credible allegations of improper procurement processes, tender manipulation and failure to disclose conflicts of interest in awarding contracts.

The Department of Infrastructure Planning and Logistics (DIPL) denied the NT Independent’s Freedom of Information (FOI) request and claimed releasing the information to the public may “erode trust within the agency”.

The NT Government was ranked as the worst performing jurisdiction in the country for releasing public information last year, refusing one in four FOI requests – a rate seven times higher than Victoria and eight times higher than WA.

The department said in its ‘refusal to release’ letter that it wasn’t in the public’s interest to know what the report found, despite the use of taxpayer money.

“In my view, there is no public interest in the release of the information, and access to the information is being refused in full,” said DIPL “decision maker” Nicholas Papandonakis in the letter.

The report was completed by private firm CPM Reviews in 2019 at the department’s request.

The NT Independent understands the CPM Reviews investigation looked at a wide-range of issues in the Katherine DIPL office that allegedly occurred over the last few years, including inappropriate conduct related to changing values of contracts after being awarded and tenders not going through a competitive public process, which raised questions of best value for money.

It has also been alleged other contracts were inflated with revised provisions for a preferred company after being awarded by departmental staff with undeclared conflicts of interest.

Further allegations raised included official documents being deleted, contracts being split to fit in under exemptions for public tendering, works granted to companies without the relevant capabilities and improper tender scoring on a range of contracts awarded for projects throughout the Katherine region.

The investigators were also made aware of potential conflicts of interest between DIPL staff and contractors that were awarded contracts that ranged in value between tens of thousands and hundreds of thousands of dollars – ultimately costing taxpayers millions over the last few years.

Katherine contractors have previously raised concerns to DIPL about ongoing issues but nothing was seen to be done.

Sources with knowledge of the situation said the problems in the department had been mounting for more than a decade and are still to be resolved – even after the report was completed and given to DIPL last year.

“It’s a toxic environment in the Katherine office and it’s been going on for years,” one said. “It was being run by some like their own empire. The department has the information they need to make changes now, but nothing has happened. It’s taxpayer money still being squandered.”

Department chief executive Andrew Kirkman did not respond to questions from the NT Independent, including what actions the department took after receiving the report’s findings.

Infrastructure Minister Eva Lawler also refused to answer questions or say whether it’s time to make reforms to restore the community’s trust in the department, which has been found to have failed to abide by proper procurement procedures in the past.

DIPL has often been cited in Auditor General reports for failing to enact proper controls over contract management and not having proper conflict of interest measures in place. Fraud prevention oversight has also not appeared to be a priority for the department, according to the AG reports, which found reforms in the department were slow to be implemented.

A November 2018 audit found large amounts of contract data department-wide was manually loaded to Excel spreadsheets “subject to human error”, which made it “difficult to scrutinise” for auditors.

“In a number of instances, DIPL personnel were unable to provide procurement and contractual documentation to my authorised auditor upon request or in a timely manner,” NT Auditor General Julie Crisp wrote.

Ms Crisp found while auditing the department over its handling of the Indigenous Employment Provisional Sum (IEPS) in 2018 that the department was not performing proper contractor performance reviews on completed projects across the Territory.

The department had also been found to have overseen the largest known fraud in the Northern Territory’s history which was perpetrated through the IEPS program.

“The results of this audit indicate that it would be a timely reminder for management to assess the risks and controls relating to fraud prevention and fraud monitoring and take action as considered necessary to sufficiently mitigate any identified risks,” Ms Crisp wrote in late 2018.

According to the latest available figures, DIPL spent more than $2.4 million on outside consultancies and legal advice in the last financial year.

The NT Independent has sought an internal review of the decision to not release the information and will be filing a grievance with the Information Commissioner pending the outcome of the review.