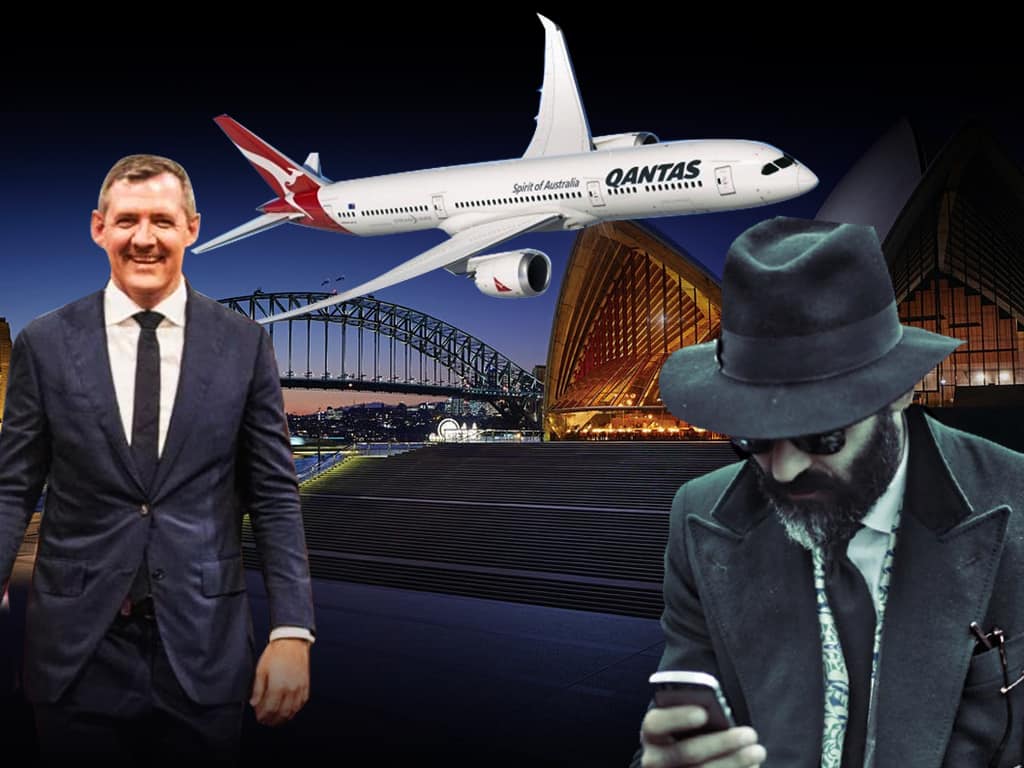 The Office of the Chief Minister released the more complete travel records on Monday, 10 days after the NT Independent first reported on the mysterious trip, and three months after a Freedom of Information application for all documents related to the official travel was first filed.

The newly released documents seem to contradict an official international ministerial travel report that was publicly disclosed in 2018 and has raised questions over Mr Gunner’s previous commitment to reform ministerial travel.

The new travel records also reveal more details of the trip that Mr Gunner’s office initially failed to provide to the public despite being legally required to report.

Official travel itineraries, which were excluded from the original release of documents, show Mr Gunner’s trip to Hawaii – internally billed as “forging and developing closer ties” with the US Marines in Honolulu – was originally set to occur between November 9 to 12, 2017.

But two weeks before leaving, Mr Gunner and his then chief of staff Alf Leonardi moved to extend the trip to November 14.

The official reason for the extension is listed in an internal memo signed by Mr Leonardi and Mr Gunner as necessary “due to flight times”.

It was not explained why the flights that were already booked on September 7, 2017 – that came directly back to Darwin – were no longer sufficient, six weeks after being arranged.

The original flights cost taxpayers $7,471 for Mr Gunner alone, which was then increased by $1,500 to accommodate the rescheduled Sydney flight, that inexplicably included flying back to Darwin via Melbourne.

Records show Mr Gunner used the extra two days at the end of the trip to stay at the luxury Sydney Grace Hotel that included a meeting with Roger Shamoun of Zimma Tailors, ranked by one fashion website as Sydney’s third best tailor. It’s understood the meeting was in regards to Mr Gunner’s wedding suit less than three weeks out from his wedding to Kristy O’Brien.

The new documents reveal taxpayers were also charged $266 in “penalty fees” to change the Sydney leg of the trip, and $260 for three limo rides for Mr Gunner in Sydney, on top of the $700 for Mr Gunner and advisor Chris Langworthy to stay at the hotel, which documents show was not on the original itinerary.

The limo invoice did not specify actual dates or locations, but another document suggested one of the limo rides was to shuttle Mr Gunner between the international and domestic terminals at the Sydney airport at a possible cost of $96. The other two limo rides between the airport and the Grace Hotel were estimated to cost $84 each.

Documents originally released by the Chief Minister’s Office through FOI laws did not show what time Mr Gunner arrived in Sydney, despite the NT Independent’s repeated requests and the government’s legal obligation to disclose that detail.

However, the new information released on Monday revealed Mr Gunner and Mr Langworthy arrived in the city on November 13, 2017 at 5:30 pm on a direct business-class flight from Honolulu that left roughly 10 hours earlier.

Mr Gunner and his assistant did not leave Sydney until 6pm the following day, when they flew Virgin Airlines to Melbourne for a layover of less than an hour before proceeding to Darwin, arriving at 11:20pm.

No official government meetings were held in Sydney or Melbourne, according to the records.

It was not explained why Mr Gunner did not take an earlier direct flight back to Darwin.

Mr Gunner’s media team refused to answer questions again on Monday, including whether he would be reimbursing taxpayers for the personal aspects of the official government trip.

The records also show the costs of the Hawaii/Sydney trip were not finalised until January 8, 2018 – a week after new rules were brought in that no longer required NT politicians to publicly report their travel to Parliament, including what benefit taxpayers received for their trips.

Discrepancy between actual flights and those listed publicly

The newly released itineraries show as of September 7, 2017, the official travel schedule for Mr Gunner included flights from Darwin to Alice Springs to Sydney to Honolulu and then back to Sydney and Darwin.

But that was changed on October 25, when the official itinerary was reprinted to reflect separately booked flights from Sydney to Melbourne to Darwin on November 14. The change, which cost an additional $1500, also incurred an $11 booking fee, as well as a $255 “airline amendment penalty”.

But official travel costs released publicly in February 2018 on the government’s ministerial travel website did not include the Melbourne connection as part of the trip, despite being filed three months after the travel occurred.

It stated the total cost for Mr Gunner and his assistant for the entire trip was $27,000. A breakdown of other expenses including meals and hospitality were not released by the Chief Minister’s Office despite being requested.

It remains unclear whether the official government travel was properly acquitted through the travel requisition database known as TRIPS.

“The TRIPS requisition is a key record for each travel instance that evidences accountability for the planned expenditure of public monies,” the government’s travel policy states.

A little over a year before taking the Hawaii/Sydney trip, Mr Gunner had pledged to reform politician travel in the NT upon coming to office, which he said needed to be “open to scrutiny” due to the previous CLP government abusing travel and bringing “all members into disrepute”.

Previous travel reports tabled in Parliament between 2014 and 2016 revealed lavish and frivolous trips at taxpayer expense including spa treatments at luxury hotels in Singapore, jaunts to the United States to study reality television and a grand voyage around the US at Christmastime for a minister and his family.

Instead of reforming travel scrutiny, Mr Gunner enacted a Remuneration Tribunal suggestion that saw mandatory public travel reporting requirements for all Members of the Legislative Assembly scrapped as of January 1, 2018.