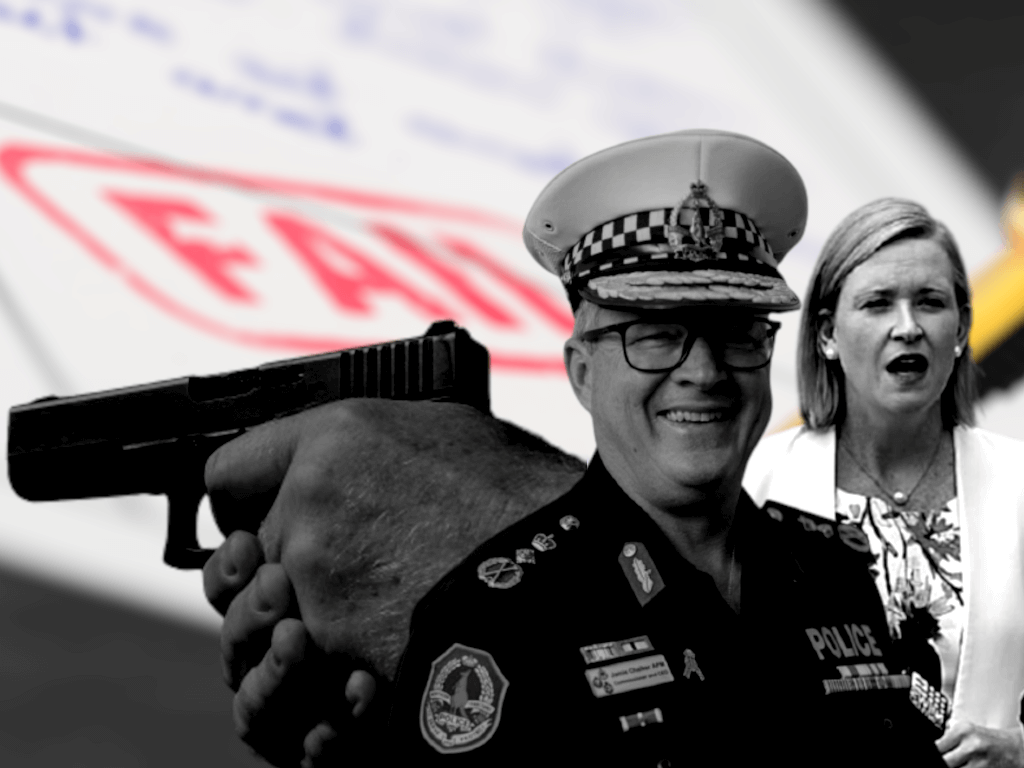 The troubled NT Police College has a new boss with Commander Hege Burns becoming the sixth change in the top role since November 2019, following the findings of an external audit that showed the college had failed national standards, sources have told the NT Independent.

NT Police media manager Rob Cross did not issue a media release about her promotion but the NT Police executive appeared to give the information as an exclusive announcement to the NT News on September 24, saying only that she had been made a commander, not what role she would be operating in.

She replaces Cmdr Danny Bacon who led the college since last year.

The NT Police said Cmdr Burns had been working as an acting commander in the incident controller role at the Territory Emergency Operations Centre which co-ordinates the COVID-19 response.

Another source with knowledge of the force said Comdr Burns was a very capable officer who was an excellent choice to run the college.

In early June, the NT Independent revealed the police college had failed a 2017 external audit to gauge its compliance with national standards, failed to keep proper records and was still hiring unqualified instructors as late as October 2019.

NT Police commissioner Jamie Chalker admitted at Estimates hearings later in June the police college had failed to meet national standards but that it was working towards addressing its non-compliance issues that saw unqualified instructors employed and recruits graduated before being properly assessed for competency.

He said the most recent audit was conducted in March of this year, which showed the college had complied with the Australian Skills Quality Authority requirements, but those findings have not been made public.

Among the information given to the NT News in September was the promotion of Bruce Porter to assistant commissioner.

The NT Independent understands Mr Porter was the commander of the college from August 2016 until November 2019, in the period covered by the audit failure and the employing of unqualified instructors. Mr Porter, who started his working life as a pineapple farmer, also spent three years within the Ethical and Professional Standards Command, overseeing the integrity and ethical health of the NT Police.

He made news in that role last month for his cameo in a video where Deputy Police Commissioner Murray Smalpage accidentally live-streamed himself to Facebook, suggesting that a group of police officers should be called a “murder”.

Mr Porter went on personal leave in 2019, and Warren Jackson acted in the role at the college until the end of January. Then Sachin Sharma was acting commander until the end of April, replaced by Acting Commander Jackson for May, a source said.

Then Commander Danny Bacon took the role in June 2020 and has held it until now.

Last week, Assistant Commissioner Narelle Beer resigned, with sources detailing a log of claims, including that she was bullied by other executives. She was the third of four assistant commissioner to resign this year.

Assistant Commissioner Michael Hebb abruptly resigned in March, which was later revealed to relate to a relationship he was carrying out with a female staff member.

Mr Cross did not respond to questions about the circumstances of Cmdr Hege’s appointment to head the college, nor did he respond to a request for a copy of the March ASQA audit.