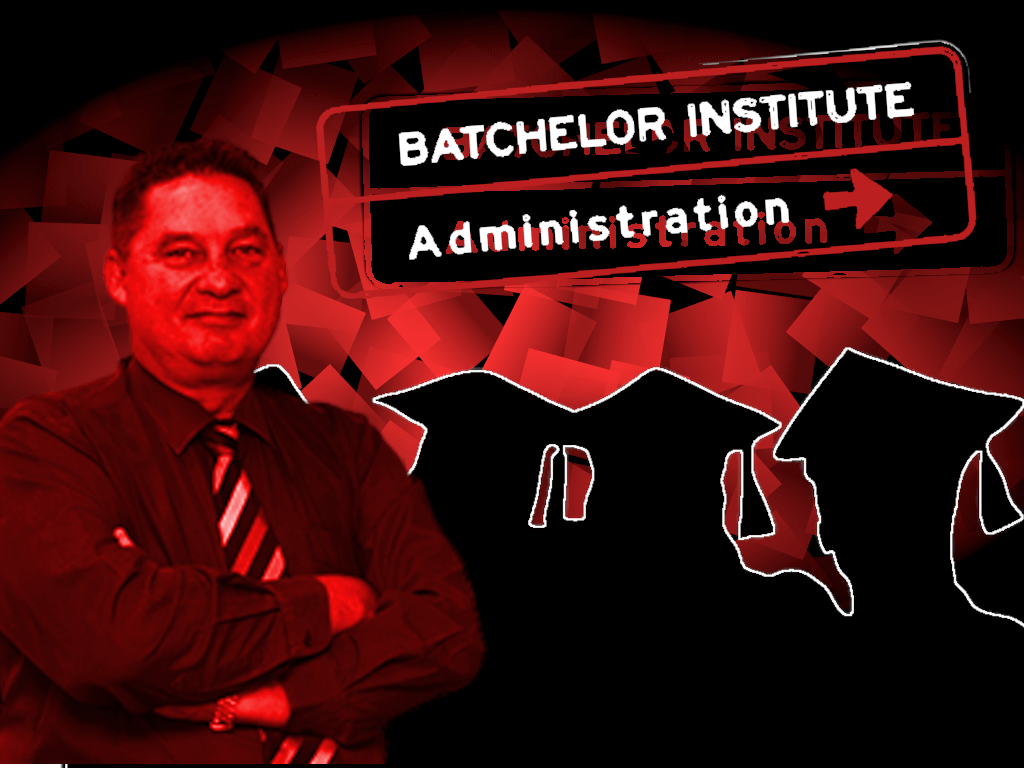 EXCLUSIVE: The former head of the Batchelor Institute, Professor Steve Larkin, who had stipulated in his executive contract that he would not work past 4:21pm, was paid more than $430,000 a year, after the board increased his pay by at least $55,000 in the same year the organisation lost $2.5 million, the NT Independent can reveal.

Records also show Prof Larkin employed his partner and other relatives at the institute during his time leading the college.

The revelation of his high remuneration, and minimal working hours, comes after an NT Independent investigation exposed that a report outlining credible allegations of ongoing misconduct and fraud at Batchelor was given to Chief Minister Michael Gunner’s office in late 2019 – after it was requested by a senior ministerial advisor – but it appears the office took no further action.

Prof Larkin was installed as chief executive officer in March 2018, following on from two interim CEOs, after the resignation of Prof Robert Somerville in August, 2017. The training college had lost $6.9 million in 2016 and there was a call by some staff for Prof Somerville’s resignation along with the entire board.

The 2017 annual report shows Prof Somerville was paid until at least December 31.

The NT Independent understands Prof Larkin was originally contracted for five years until March 2023, and employed on a $375,000-a-year package, on a contract only obligating him to standard NT public service working hours, and requiring him to live in Batchelor and work at that campus, which is the institute’s headquarters.

Prof Larkin’s superannuation rose in 2018, from the training college’s standard 10 per cent to 17 per cent, which is standard in the national university sector.

The report for the Chief Minister’s office, written by a whistleblower who had knowledge of the internal workings at the troubled institute, stated that Prof Larkin employed his relative, Wendy Ludwig, as vocational education and training deputy chief executive, and negotiated the 17 per cent superannuation deal for her too.

The 2019 report also revealed Prof Larkin had employed his partner as a senior project officer, and another relative in an executive role.

The whistleblower said a further increase in his remuneration would have been approved by new Council chair Patricia Anderson, who is still in that role.

Ms Anderson did not respond to questions.

Free rent, free car and electricity paid for on top of salary

The whistleblower added that a pay increase would normally come from an increase in performance or additional responsibility, but pointed to notes in the 2020 annual report which showed Batchelor had tied its classification levels to a higher education university rating system, essentially raising the limits of pay.

The 2019 report detailed 33 serious issues from 2017 and 2018, including allegations that fraudulent qualifications paid for by governments were being handed out to staff, alleged rampant bullying and nepotism by some of the executives, executive contracts not being valid, and that the institute was considered by the Australian Skills Quality Authority of being at “high risk” of not meeting its national training accreditation obligations.

The 2018 annual report shows Batchelor’s revenue was reduced by $8.7 million, which included $3.3 million in Federal Government funding, and $5.1 million from the Northern Territory Government because they failed to provide the training stipulated in contracts.

The Institute lost $2.7 million in 2019, $1.5 million more than the year before, with an increase in revenue of $2 million that year, but was offset by an increase in staff expenses of $3.2 million, or 15 per cent, due to back-paying salary increases from 2017 and the payout of voluntary staff redundancies.

Prof Larkin’s total remuneration package in 2019 was listed in the annual report as between $430,000 and $444,999, which covered his salary, superannuation and car allowance but would not include his long service leave. That pay packet was an increase of between $55,000 and $70,000 a year.

The report also said Prof Larkin was given free rent in Batchelor, and had his electricity paid for until the end of 2018, even though that was not included in his contract.

And further, that after June 2020, the report alleged, he was given a two-year-old Toyota Prado to use, on top of a car allowance he had already been receiving.

However, the 2020 annual report listed his earnings at between $415,000 and $429,999 with no reason listed for the decrease. There was also another executive listed as receiving between $340,000 and $354,999, which may have been paid pro-rata to Prof Larkin’s replacement who was brought in for two months when Prof Larkin began on extended leave in November 2020.

The Institute announced his resignation on August 5 of this year, after he had been on unexplained extended leave from late November.

Batchelor media manager Emmanuelle Clarke did not respond to questions, but the NT Independent understands Prof Larkin was paid for the eight months of leave and the Institute is still working out a final payout agreement with him.

The whistleblower said organisations commonly do a deal with outgoing executives, and give six months, or higher payouts, even if the person is forced to resign.

The NT Independent has also been told Prof Larkin moved to Darwin, instead of Batchelor, which was one of the terms of his contract, and a change would have had to be negotiated with the institute’s Council, and his contract changed, which records show was not completed.

Several well-placed sources have told the NT Independent that the Office of the Independent Commissioner Against Corruption has investigated the Batchelor Institute based on information it inherited from the former Office of Public Interest Disclosures about what had happened at the organisation in 2017 and 2018, producing a report which has not been released.

The OICAC instead announced a “review” into the Institute last month.